Mandeville, LA – Exclusive Transcript – This comes from the Huffington Puffington Post, the medically disputed theory that fetuses, Latin for baby, can feel pain at that point.  Do you want to take the chance that they can’t?  Have you seen an ultrasound of a 20-week old?  I have.  Don’t tell me that that child, and it is a child at that point, cannot feel pain.  You can see it moving.  You can see it kicking and doing all the things that a central nervous system does.  Check out today’s transcript for the rest…

The U.S. House of Representatives passed a bill on Tuesday 228 to 196 that prohibits women from having abortions 20 weeks after conception.

The Pain-Capable Unborn Child Protection Act, authored by Rep. Trent Franks bans abortions after 20 weeks, based on the medically disputed theory that fetuses can feel pain at that point.

Mike:  This comes from the Huffington Puffington Post, the medically disputed theory that fetuses, Latin for baby, can feel pain at that point.  Do you want to take the chance that they can’t?  Have you seen an ultrasound of a 20-week old?  I have.  As a matter of fact, I saw ultrasounds at six weeks, then 12 and 18 and 24 and 28, then 34.  Then, of course, I saw them actually born at 38.  Some of us have actually witnessed this.  Don’t tell me that that child, and it is a child at that point, cannot feel pain.  You can see it moving.  You can see it kicking and doing all the things that a central nervous system does.  Oh, but it’s devoid of pain.  Is the kid a fish now?  PETA says that fish can feel pain so we shouldn’t allow people to fish.  [mocking] “You can’t use those destructive hooks that get stuck in fishes’ mouths.  They can feel pain, you know.”  Oh, fish can feel pain and we need to outlaw fishing but a baby in a mother’s womb, it’s medically disputable whether or not that punk can feel pain.  Where did these macabre cannibals in our society come from?  Under what lack of a spiritual guide do they say and advocate for these things?  That’s my question.

Then I have another one.  Once upon a time, Congressman Ron Paul, during one of the GOP debates in 2012, was asked a question about his pro-life credentials.  Then a discussion ensued about whether or not abortion was a states’ rights issue or a federal issue.  I think Rick Santorum said something about Roe v. Wade.  Santorum is correct about this.  When it came back to Ron Paul for rebuttal, Ron Paul said something that was shocking to me.  I’ve never heard anyone say it since.  I’ve vetted it and he is correct.  Congressman Paul said — the only reason I bring this up is because Rep. Franks brings this bill up and it passes the GOP House.  Congressman Paul said: We could have done away with Roe v. Wade eons ago.  All you need is a simple majority vote in Congress…

This goes back to people thinking and believing that those nine mystics in black robes that we call the SCOTUS, Supreme Court of the United States, that their word on anything is the final word and all human beings alive must obey it.  There was a system of checks and balances, was there not?  Roe v. Wade did not say that a subsequent act of Congress could not be initiated or passed that would invalidate the medical heresy that is Roe v. Wade.  That’s what Congressman Paul’s point was: if you want to do away with this, if the Supreme Court thinks the Feds have the authority to legalize it, or if the court has the authority to say it’s legal everywhere under the sun in any state in the Union, then Congress certainly has the authority to say: No, you don’t.  The legislative branch says you’re cocked in the head.  It’s illegal.  How do you like me now?  They could have undone it.

While I applaud Congressman Franks, I’m glad to see it, you could actually have a legislative act in Congress conferred or concurred by the Senate passed and then signed by the president that would end the ghastly practice of abortions in the United States, or those sanctioned under the umbrella and protected allegedly by the U.S. Constitution.  Of course, there is no such protection.  It is entirely fabricated, just as the entire fabrication of this wall of separation between church and state.  Although there is a separation between the two, it is noted by those that actually study history that the Supreme Court has relied, and I believe the count is somewhere, just paraphrased, the court has relied on Jefferson’s letter to the Danbury Baptists over 160 times to substantiate this wall of separation and tell school children that they can’t pray in school and what have you.  It has only used the First Amendment and the debate over the words of the first amendment and then the ratification of it, it’s only used the First Amendment itself 15 times.

When the First Amendment came out of the Virginia Assembly in December of 1788, thanks to Patrick Henry and George Mason, and then was transmitted to James Madison to be introduced in the first Congress in June of the following year, Thomas Jefferson was nowhere to be found.  He was in France, for crying out loud.  He had absolutely nothing to do with this.  He didn’t get a chance to vote on it.  He didn’t get a chance to help write it.  He didn’t do anything.  To quote Jefferson on the First Amendment is ridiculous.  That would be like quoting Sally Ride on being the first to step on the moon. 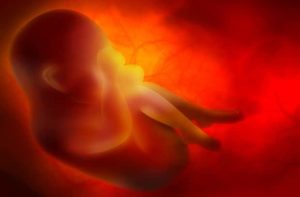