I had been planning for SiriusXM to “whack me” since 2012 and had laid the structural groundwork for the next step in my career: launching the Veritas Radio Network and The CRUSADE Channel. On November 1st, 2015, in a video webcast for the press, I announced the VRN and that on November 15th, the Mike Church Show would be silent no more and would return to the air, this time on a platform custom built for LIVE talk radio.

The Mike Church Show has now expanded to a rollicking, 5 hour long feast featuring the brightest stars in traditional Catholicism and those brilliant contributors I never stop trying to convert. Some of my regular and featured guests include. 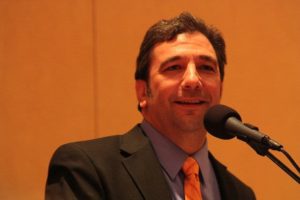 The Mike Church Show was the first-ever produced talk show exclusively on Sirius Satellite Radio and today is still the longest running show in Satellite Radio’s history (beginning March, 2003).  A radio talk show host, author, filmmaker, and singer/songwriter, Mike Church is best known for his fearless ability to skewer liberals and fake conservatives with searing, in‐depth analysis based on scholarly research into the history of the United States and what he calls [r]epublicanism.

His positions are backed by his engaging historical knowledge, which has earned him regular speaking and panelist stints at events including the yearly LPAC, the Yearly Scholars Conference at the Ludwig Von Mises Center and the American Academy of Philosophy Arts & Letters.

Church has been lauded on a number of industry ‘best of’ lists over the years. Not only has he been honored as an “Up and Comer” by “The Hollywood Reporter,” most recently, he was named “The Most Radical Man On The Radio” by “The American Conservative.” Still, his devoted fans know him best as “The King Dude.” 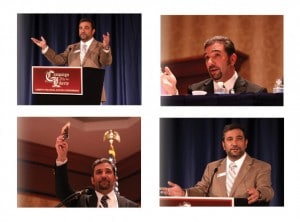 Church can currently be heard on Sirius/XM Patriot Channel 125  from 6:00 a.m. to 9:00 a.m. (EST) Monday through Friday. Focused on examining today’s top issues and how they relate to American history. Church is famous for his trademark satirical wit and knack for being “just one of the guys” on-air.

Church is also credited with creating a library of original, conservative-themed parody songs, which include “ObamaPhone (don’t take my mobile phone away), “Still McCain”, “Where the Jobs Are” and  a 2009 rendition of the Simon & Garfunkel classic, “Mrs. Robinson”,  “Mr. Jefferson” racked up over 275,000 views onYouTube.com– in the first week of release alone.

Mike Church is also at the helm as CEO of Founding Father Films, an upstart independent film company whose mission is simple: take what people aren’t taught in school, teach them what was skipped over and make it entertaining in the process. Church is the creator of the heralded documentaries, “What Lincoln Killed-EPISODE I”, “Road to Independence-The Movie” and “The Fame of Our Fathers” and the third chapter in that trilogy is “The Spirit of ’76.”

The growth of Founding Father Films has seen “Spirit of ’76” tapped as #1 Bestseller in the History Documentary category twice in 2010.  As a result, demand for Church’s newest release, “Road to Independence – The Movie,” has seen record-breaking levels.  Church also created the Operate Educate program as a mechanism for teachers to obtain a free copy of “The Road To Independence” for their classrooms (traditional and home school scenarios). Run solely on donations, Operation Educate ensures that America’s next generation goes into the world understanding how the Constitution was created as well as its modern-day applications. 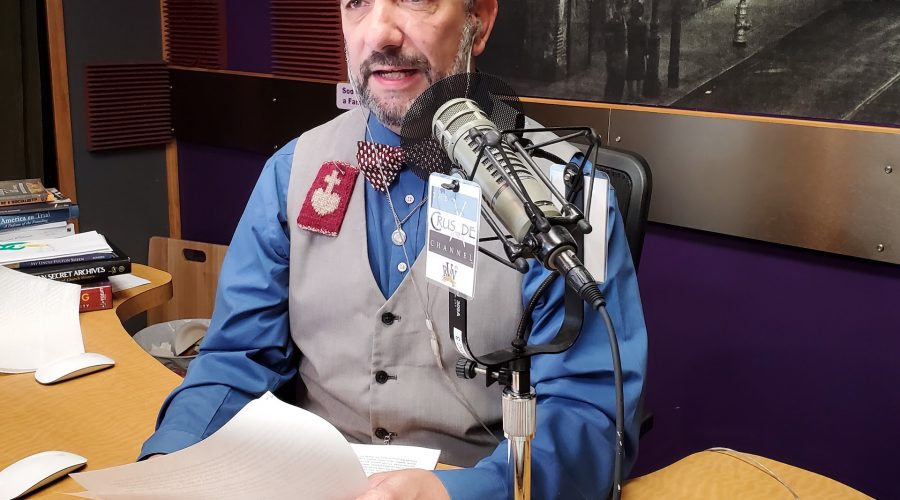 Yes, There IS Radio Life AFTER Satellite Radio, And I Am Not Only The President But Also an Example! 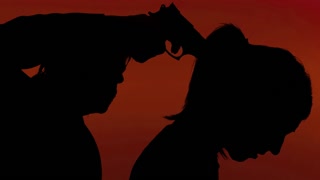 This is not a biography, it’s a cover page for a resume, or a PR release at best. Where was he born? Who were his parents? What did they do? Where did he get his education? If he’s like Glenn Beck, which I presume, he has no education outside of K through 12, and just went straight to radio. It’s sad to see people become celebrities to this degree simply because they can talk and criticize, but don’t have sufficient gray matter to research something on their own to talk intelligently about anything.

I publicly challenge you to explore the ample historical research and opinion presented on this site and authored, by my hand, and refute it, Sir. I compose my works, research my show materials and compile and archive them as well. But please, feel free to criticize what you wish.

No sir, I publically challenge you.

Pony up with a real biography. Convince me that you have any credibility. Where were you born? Who are your parents? What did they do? Where did you get your education?

I listen to you on Sirius XM, and I turned to the internet to do my due diligence about who I am listening to. All I can find is where you worked. Are you afraid that your listening audience is going to find out that you are indeed uneducated?

This is public knowledge I have discussed hundreds of times, Alan. Yes I am “uneducated” if you mean do I have degrees? No, I do not other than a GED from the State of Louisiana. You claim to listen!? It is impossible to listen to the show and not be able to fill in the blanks of the following sentence:
“Coming to you live from my studios in ______________, __ a suburban area of my hometown of _____ _________, __. What do my parents have to do with my “credibility”, Alan? What is your credibility? Who are you? First, last name, address and DOB + occupation and education.
Because you have a SiusXM subscription does not entitle you to a copy of my family tree but I will answer questions if they are asked politely, which you, with your inquisition like tone, most certainly are not.

I suppose what Alan means to say, other than to declare himself a hateful troll, is that one cannot possibly have educated oneself because education is only bequeathed by an approved government institution. Facts and evidence, independently obtained, researched and provided are to be dismissed summarliy without approval and sanctification by the secular civil religious “authority”.

He refused to identify himself and could not fill in the blanks below. Most of the continental U.S. is “Alan-esque”, using hatred and calumny against their fellow man through “social media” which has no corrective. I pray for his soul and his conversion…

I thought this president was going tell the Congress what is the “State of the Union”. Maybe I am wrong but it sounds more like a political stump speech.

Quite frankly I really can’t listen to him anymore!