Mandeville, LA – Exclusive Transcript – ““Was the Fourteenth Amendment Constitutionally Adopted?”  I’m not going to read the whole essay because I want you to go download it as part of your Founders Pass membership.  I’m going to tease you with the first two paragraphs because they come right out the gate, right out the gun, and slap you right upside the head.  The article originally appeared in the Georgia Journal of Southern Legal History.”  Check out today’s transcript for the rest….

Mike:  “Was the Fourteenth Amendment Constitutionally Adopted?”  I’m not going to read the whole essay because I want you to go download it as part of your Founders Pass membership.  I’m going to tease you with the first two paragraphs because they come right out the gate, right out the gun, and slap you right upside the head.  The article originally appeared in the Georgia Journal of Southern Legal History.  You people are about to be treated.  You are not – no one even knows that that document – the only reason that I know that document exists from Forrest McDonald is because – I’m trying to remember if it was Kevin Gutzman or Tom Woods.  It might have been Brion McClanahan, one of the great historians that we have here as guests and participants, and in Tom’s case business associates.  One of them told me – as I told the story, I went looking for it.  It was difficult to find.  I finally bought a copy ten years ago from the Journal of Southern Legal History.  Listen to this.  He puts the history of the War of Northern Aggression into perfect perspective.

Again, you can go download this as part of your Founders Pass membership.  Go sign up today for 23 cents per day.  Go to CrusadeChannel.com and click on the Join tab at the top of the page.  You can see all the member plans there.

During and after the Civil War, Southerners repeatedly declared that the cause for which they fought was the “sublime moral principle” of states’ rights. Given such protestations, and given the history of southern resistance to federal authority throughout the antebellum period, it is easy enough to associate states’ rights exclusively with the South—but it is also mistaken. Connecticut and Massachusetts endorsed interposition in 1808; the Hartford Convention of 1814 did the same.

Mike:  By the way, if you want a view of what happened at the Hartford Convention, whose idea it was and what it came to, while you’re at the Founders Tradin’ Post today saving 50 percent on Road to Independence the movie, save 15 percent and throw a copy of What Lincoln Killed: Episode I into it and I’ll tell you.  I narrate and dramatize the whole thing out about the Hartford Convention and what it was, why it was, whose idea it was, and what it amounted to.  That’s What Lincoln Killed: Episode I.

. . . the Hartford Convention of 1814 did the same. In 1840 Vermont made it a crime to aid in the capture of a runaway slave, despite the federal fugitive slave act. In 1846 the Massachusetts House of Representatives declared the Mexican War unconstitutional; a decade later Wisconsin asserted the supremacy of its supreme court over the United States Supreme Court.

Yet it was the seceding states that had carried the doctrine of states’ rights to the extreme, and northern Radical Republicans, in their zeal to punish, plunder, and reconstruct the South, were willing to undermine the doctrine as part of their undertaking. Whatever else the Radicals had in mind in pushing through the Reconstruction Amendments—their motives were diverse and

conflicting—it is clear that some of them, at least, intended that the Fourteenth should greatly increase the powers of Congress at the expense of the states. [Mike: Then McDonald gives you a footnote so you can continue your reading on this.] It is also clear that the process of adopting the Fourteenth Amendment was marred by repeated irregularities. President Andrew Johnson questioned the legitimacy of an amendment proposed by a Congress that represented only twenty-five of the thirty-six states. Three northern states that ratified the proposal later rescinded their votes. All the southern states except Tennessee at first voted against the amendment, despite an implied threat that they would not be readmitted to the Union; they changed their stands only after the threat was made explicit. [Mike: In other words, either ratify our amendment or we’ll send General Sherman back into your stupid Southern, hick, hayseed state to finish the job he started the first time. History of the Reconstruction Era is just awful.] And throughout the debates on the amendment, friends and foes alike disagreed as to whether approval of three-quarters of twenty-five states or of thirty-six would be necessary.

Ultimately, the issue would turn on the question whether the southern states had legally seceded. Both presidents Lincoln and Johnson and the Supreme Court held to the contrary. Radicals in Congress disagreed, but the Congress as a whole followed an inconsistent course. For all these reasons, the constitutionality of the adoption of the Fourteenth Amendment remains open to question.

Mike:  Then the rest of this is 12 pages long.  Again, this is a free eBook that you can download if you’re a Founders Pass member at CrusadeChannel.com, “Was the Fourteenth Amendment Constitutionally Adopted?” by Forrest McDonald.  What other membership service goes to such great lengths to keep their members in fresh and new and exciting material like that?

I want to turn now to a subject that I started in the first hour and didn’t get to.  Let’s cover this one.  Here’s the headline, “Tennessee sues federal government over refugees.”

Tennessee became the first state in the nation on Monday to sue the federal government over refugee resettlement on the grounds of the 10th Amendment of the U.S. Constitution.

The lawsuit, filed on behalf of several state lawmakers Monday morning in the western district of Tennessee, alleges that the federal government has violated the 10th Amendment, which says the federal government possesses only the powers delegated to it by the U.S. Constitution and that all other powers are reserved for the states. 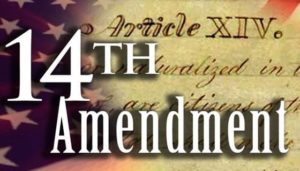 The nation continues to debate refugee resettlement and immigrant rights as it awaits President Donald Trump’s new travel ban. [Mike: We know the travel ban is now in effect, so this must have been written yesterday.] The ban, set to take effect Thursday, bars travel for many people from six Muslim-majority countries and is considered by Trump’s opponents to function essentially as a Muslim ban, although the administration denies this charge.

Mike:  Good.  We ought to have a Muslim ban.  [mocking] “Mitter Church, please!  You can’t say that.”  Yes, I can.  I just did.  You don’t import the enemy into your midst.  [mocking] “But Mitter Church, they’re the different kind of Muslim.  They’re friendly.”  Today they are.  I read something today from Brother Francis Maluf in regards – let me read this to you real quick.  I had never heard this before, never heard it put this way.  It’s profound.  This is from the Challenge of Faith book, a little meditation book.  You can read one page out of this every day and think about it all day long.  Talk about increasing – I won’t say it’s increased my wisdom.  It definitely has increased my knowledge.  I hope it leads to wisdom.  Under the subtitle “Thought,” No. 7.  I read this and went: Wait a minute, I’ve got to read this again.  Then I read it a third time out loud.  I went: I’ve never heard that.  That’s beautifully put.  [mocking] “Mitter Church, under what pretense do you say that we can’t import Muslims into our Christian populations?  Ask the question to St. Thomas Aquinas and you’ll get the proper answer.  Here’s Brother Francis:

Mike:  Outside of extra Ecclesiam nulla salus, I don’t think I’ve ever read anything that is more thought provoking, on that subject anyways, on the subject of religious plurality, than that.  One more time:

Have you tried the all new Veritas Radio Network yet?  You can listen to the Mike Church Show LIVE weekdays 6-10am CST.   The show is easier to access than ever before.  But Veritas Radio isn’t JUST Mike Church, try the exclusive shows 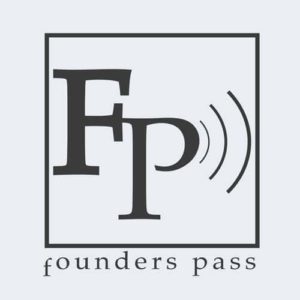 by Brother Andre: ReConquest, David Simpson’s True Money, The Mark Kreslins Show, The Suzanne Option with Suzanne Sherman, My Story of America with Michael T George, Reverse Deception with Gregory Carpenter and The Constitution Hour with Kevin Gutzman.  Help us continue our search for TRUTH by signing up for a Founders Pass Membership today!

Mike:  Back to the story.  When you hear someone saying: Under which principle do you oppose?  Under the stupidity.  Look, the Spanish were stuck – I was just reading this yesterday.  The Spanish were stuck for almost 820 years with Muslim invaders.  Once they moved in, they couldn’t get rid of them.  They were a constant source of acrimony, violence, opposition, riots, you name it.  Every Hades-forsaken thing that we see Muslims doing in France and Denmark and other places today they did in Spain for 800 years.  The Spanish tried to make them illegal.  They did everything they could to get rid and to rid that Christian population of Muslims.  It took them 800 and some-odd years.  Lord knows how much death and destruction was sown by the fact that the Muslims occupied parts of Northwestern Spain for that long.

Back to the – this applies here with this Muslim ban.  I’m not under the delusion that anyone in the White House, or for that matter 99.9999 percent of the country that is America would agree with what I just said and what Brother Francis said about religious plurality.  That’s not the point.  If you don’t agree with what the historical, known, truthful teaching is on marriage, is on abortion, murder, is on divorce, etc., etc., does that make the truth wrong?  Does it make the teaching wrong?  Or does it make the idiots or the prideful imbeciles, the prideful boobs that refuse to accept the truth and live it wrong?  It makes them wrong.  The truth can’t be wrong, can it?