Mandeville, LA – Exclusive Transcript – My understanding of the Tsarnaev brothers is that they came here with their father in 2003 and then asked for and were recognized as having sought political asylum.  They did not want to be returned back to Chechnya or Dagestan, which is the country they were actually from.  They asked us for asylum and were granted it.  As the story showed, one applied for citizenship and it was granted, and the other was in the process of applying for it.  It wouldn’t be fair to say that these two came in under the usual process by which someone immigrates here.  Check out today’s transcript for the rest…

Mike:  Will you queue up Peter King uno mas tiempo?  That’s one more time in español.  Then I want to hear the response from the only Muslim member of the U.S. House of Representin’, which is a man by the name of Keith Ellison.  Here is Congressman Peter King yesterday on Meet the Half-Court Press with David Gregory.

David Gregory: But the question is based on what, based on the exercise of free speech or actual evidence of them plotting?

What the NYPD is doing in New York with a thousand police officers focusing on this issue, knowing where the threat is coming from. Now, most Muslims are outstanding people but the threat is coming from the Muslim community. Just yesterday Tom Friedman, who is certainly no conservative, said, “We must ask the question only Muslims can answer. What is going on in your community that a critical number of your youth believes that every American military action in the Middle East justifies a violent response?” It’s coming from the community.

Representative Keith Ellison: This ricin attack, for example, that’s an act of terrorism, that doesn’t come out of the Muslim community. We don’t have enough law enforcement resources to just go after one community. Remember, we went after a community in World War II. And the Japanese interment is a national stain on our country, and we are still apologizing for it.

King: No one is talking about interment. We’re talking about following the constitution. What the NYPD is doing, yeah, they have a thousand cops working on counterterrorism, 16 plots against New York have been stopped. If any of those had gone through, we would have hundreds of thousands of people dead.

Gregory: Where does political correctness get in the way with regard to surveilling potential terrorists in the Muslim community?

Gregory: He was an illegal, permanent resident. Does that have something to do with it in terms of what the FBI is capable of doing with Americans?

Mike Church Show Transcript: Boston Bombing Is Being Used As A Push For Immigration Reform And Amnesty

King: No. To me an American citizen, the FBI still has the right to ask questions about you.

Ellison: Well, I’m an American, and I’m concerned about national safety, public safety, just like everyone is. But I think it’s ineffective law enforcement to go after a particular community. I think what we need to do is look at behavior and follow those leads where they would lead. So, if Tamerlan Tsarnaev is evidencing dangerous behavior, by all means, go after him. But once you start saying we’re going to dragnet or surveil a community, what you do is you ignore dangerous threats that are not in that community and you go after people who don’t have anything to do with it.

Mike:  I think it’s even more dangerous than that.  Congressman King has an argument in here that defeats one of his other arguments.  He says that the New York Police Department — I know we have NYPD cops that listen to this program, so you guys can weigh in on this in any manner that you wish.  King says that the NYPD has a thousand men working on this issue and they have foiled 15 or so plots since 9/11, and if any of those plots would have gone through, then there would have been hundreds if not thousands.  We don’t know how many people would have been killed, maimed, injured and what have you.  He’s making the case, which I think is the proper one to make, that the police department that is closest to the people there, the NYPD in New York, is on the job.  They’re aware of the potential problem or the potential for someone to go bad and become a terrorist, become a marathon bomber or however you want to describe it, and they’re doing something about it.

Who is it that would know the locality and know the anticipated behaviors of the community better than those that actually live there, work there, were raised there, went to school there?  They’re the ones that would know.  To just say, in the first instance, that this screams out for some kind of a federal solution, I’d say it’s the exact opposite, unless you want the federal solution to be that we need to stop importing new people in from the Middle East or from any other country that has shown a predisposition to producing terrorists and terrorism.  It’s not as though this is a mystery.  It’s not as though we don’t know, as informed, intelligent people, from whence and from what countries many of if not all of these bad guys come from.  We know where they’re being manufactured.  How difficult is it to construct an immigration policy that says: We have a no-fly list out of your country.  You can’t get in here unless you go through a double secret probation screening and passport process.  That’s only prudent.  It only makes sense.  Instead, as Rand Paul points out in the Washington Times today, we granted those kids student visas.  We grant them temporary citizenship.  Again, we have to fight this now from the point of view that there’s something wrong with us if we don’t have unrestricted and massive amounts of immigration.

That’s another point.  Somebody made this point the other day when we were talking about this.  I was talking about my upcoming trip to Scotland and how I wanted to go to Scotland because there are Scots there.  I’m glad that it’s hard to become a Scottish citizen because they don’t want just any yahoo becoming a Scottish citizen.  This is part of what makes a sovereign country a sovereign country.  The differences in between countries is because of traditions and cultures and have you.  I had given France as an example.  Someone pointed out to me: Mike, you may want to reconsider using France as an example.  The French have been very open with their immigration policy and they have let hundreds of thousands, which turned into millions, of people that aren’t French and are by and large Muslim in their religion into France, and look what they’ve done to Paris.  Look what they’ve done to France.  I think that’s a fair point to make.

AG:  I think they have a bill, but it has been confusing in terms of where exactly we are in the process.  My impression is that the Gang of Eight has an agreed-upon bill.  There was a story over the weekend that the House GOP immigration bill does not comport at all with the Senate Gang of Eight, however you deem that gang of eight seriously to be, but the idea that the GOP bill in the House does not at all match up with the Gang of Eight’s agreed-upon immigration bill in the Senate, so there’s going to be a tough reconciliation battle coming forward here in the next couple weeks.

It has been reported that both suspects were legal permanent residents, [Mike: He’s talking about the Tsarnaev brothers] that one was a naturalized citizen and the other was on the path to becoming a citizen. What deficiencies are there in our immigration and visa system that would have allowed this? We have already seen radicalized citizens, but is there a way to detect extremist behavior in those still on the path to citizenship? What kind of safeguards can we implement that might prevent granting them citizenship? [Mike: I think that’s a fair question to ask.]

In 2002, Congress created the National Security Registration System, but it was suspended in 2011 by Department of Homeland Security Secretary Janet A. Napolitano. We know that system had problems, but the basic premise behind it — that extra screening is necessary for immigrants from nations that have a higher population of extremists — needs to be revisited and reinstituted. This should be a part of any comprehensive immigration reform.

In my home state of Kentucky, our refugee program has proven to be a problem. On Jan. 29, two Iraqi citizens living in Bowling Green, Ky., were sentenced to long prison terms for participating in terrorism and providing material support to terrorists while living in the United States. Does the current immigration reform address how this might have happened? Regardless, we need more scrutiny when accepting refugees from high-risk nations.

Mike:  My understanding of the Tsarnaev brothers is that they came here with their father in 2003 and then asked for and were recognized as having sought political asylum.  They did not want to be returned back to Chechnya or Dagestan, which is the country they were actually from.  They asked us for asylum and were granted it.  As the story showed, one applied for citizenship and it was granted, and the other was in the process of applying for it.  It wouldn’t be fair to say that these two came in under the usual process by which someone immigrates here.  It’s not even a difficult thing to do to grab ahold of this and just temporarily stop it.  Do you really think we would suffer irreparable harm if we cut off all forms of legal immigration, had some kind of a review period, and developed a new and improved method of allowing legal entry into the United States?  It has to be said that of the 21 hijackers on September 11, nineteen of them were here legally.  Of the Boston Marathon bombers, those kids were here legally; they weren’t here illegally.  Where is the problem?  It’s the one area where, when it comes to naturalizing citizens, that Congress actually has a constitutional authority and seemingly wants to do little or nothing about it. 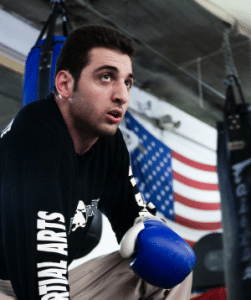