Mandeville, LA – Exclusive Transcript – We’re talking about civilizing young men and how we are anti-civilizational now by our own actions.  What kind of society could possibly survive when it is careening towards becoming like the animal kingdom?  We have order and we have families, and we have these things because time has shown us and has shown man that these things are necessary to survive, and they are necessary certainly to organize or civilize to survive.  Check out today’s transcript for the rest…

Mike:  I have a couple little tidbits in the news that I want to get to.  Here is Michael Bauman on “Civility or Equality?”  We’re talking about civilizing young men and how we are anti-civilizational now by our own actions.  What kind of society could possibly survive when it is careening towards becoming like the animal kingdom?  We have order and we have families, and we have these things because time has shown us and has shown man that these things are necessary to survive, and they are necessary certainly to organize or civilize to survive.  There’s more to it than just that.

We are not born civilized.

We acquire civility, if at all, only later. The truest and best way to acquire civility is under the guidance of a wise moral order, and under the nurture of a well-functioning traditional family. [Mike: Well, Mr. Bauman, that’s about to go out the window, 82 percent of two-parent families in 1970, 63 percent today. We’re going gin the opposite direction, my friend.] While other paths to civility are possible and sometimes work, the happy combination of family and wise moral authority is the most dependable way to gain access to the hard-won wisdom of our ancestors, wisdom gained slowly and painfully over the centuries in the crucible of real life and in the light of revelation.

In other words, because we human beings are not born civilized, we are always only one generation from barbarism. [Mike: That’s what you were talking about earlier, Eric, going towards the animal kingdom. One male, one buck, twenty does.] We must domesticate each new generation, just as we were domesticated in our turn. To convert natural brutes into civilized persons requires nothing less than the wisdom of God. Barbarism is not behind us; it is within us, and it is persistent. Our demons die hard, if at all. If they are to die, God must kill them. Government cannot. The deepest and most profound human ills have no political solution.

Mike:  Thank you for saying that, Mr. Bauman, because that is correct.  If there’s one thing the last 50 years of political animadverting should have taught us, certainly should have taught conservatives, it is that politics and the pursuit of directing and guiding government will not produce the desired results.  If they did, we wouldn’t have anything to complain about amongst the political class today, yet our complaints are wide, varied, consistent, often acidic, angry, they show people that are not satisfied, yet we persist.  The definition of insanity is doing the same thing over and over again and expecting a different result.  Why do people keep doing some of these things?  Why do we keep saying, [mocking] “The American people, if we can just get people to wake up.”  I always tell people who tell me, [mocking] “I think people are starting to wake up,” do you think the Roman people started to wake up around 400 AD?  I’m not saying, I’m just saying.  I’m not asking, I’m just asking.  Do you think the Grecian people started to wake up around 800 BC?  Do you think the Egyptians started to wake up around 5,000 BC?  You can run the exercise out if you like.  Back to Bauman:

How much time, effort, and treasure we have wasted trying to do by means of government what can never be done is far, quite far, beyond calculation.

Faced with the perennial challenge of civilizing the next generation, and fully aware that in order to civilize it we must begin with God, we Christian conservatives turn first to revelation, to the works and words of God Himself, works and words graciously bestowed upon this fallen and twisted world, a world utterly lost and never to be found without them.  Thus, while Christian conservatives might value the good, the true, and the beautiful, they know that without God we can never find them or preserve them. Indeed, without God we could not even convincingly define them. [Mike: Think about that for a moment.] While Christian conservatives set about conserving things like justice, the traditional family, and even civilization itself — things always at risk and under siege — they know that the best defense of them is the revelation of God, by which, and only by which, can things be seen and done aright. I am not saying that we cannot begin without God. I am saying that we cannot begin well without God.

Mike:  I know there are some of you phone callers out there with itchy dialing fingers going, [mocking] “We can have a good society without your silly religions, without your mysticism, without your un-provable God.”  Bauman says: Sure you can.  Are you going to have the good society?  Can you point to one that has survived?  Heck, this one is not going to survive because it’s Godless, largely.  You start with the good.  From there, good society, good people build or make good government.  Good people are at least partially self-regulating.  That’s right, they regulate themselves.  How do you do that?  Obedience to the unenforceable is a good quotation.  How about self-censorship, choosing to not do things, just choose not to do it?  Choose not to swear and curse, for example.

Sound political theology is the means by which we can identify the insights of revelation and apply them prudently to the political order.

Mike:  There’s much more on this.  I posted the essay in yesterday’s Pile of Prep.  This is Michael Bauman at The Imaginative Conservative website, a great place to visit every day, by the by.  He concludes:

This whole discussion would finally go astray if I did not insist that, like the content of revelation, the content of human nature is a fundamental datum of which all wise governance must take account. When we take account of it, we learn that human beings are nothing if not depraved and different. Given the self-destructive foolishness of human nature, the real question we need to ask and to answer is “How are we to spare ourselves the ravages of anarchy and evil?” The answer is revelation, solid families, prudent government, and the wisdom of the ages. Nothing else can domesticate the savage lurking just beneath our skin. The less fully we recognize that savage’s existence and identity, the more control he has over us — indeed the more fully he is us. 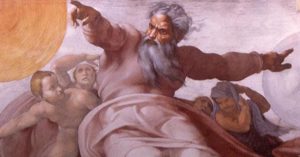