Mandeville, LA – Exclusive Transcript – Here it is, “U.S. Steps Up Aid to Syria, Pledging $60 Million.”  This is insanity, absolutely insane.  It is incomprehensible, just like the big news last night.  John “Rambo” Kerry on one of his first missions overseas, what’s he doing?  He’s getting the old company checkbook out and writing a $250 million check that you and I have to cover so that Egypt can have some foreign aid.  Check out today’s transcript for the rest…

Mike:  Mark is in New York, next up on The Mike Church Show.  Hello, Mark.

Caller Mark:  Hi, Mike.  Let me make sure I understand this right.  Paul Ryan throws grandma off the cliff, Mitt Romney causes cancer, but John Boehner crossed the line when he asked the Senate to get off its ass?

Caller Mark:  The press all of a sudden is sensitive about Boehner using the ass word when the Democrats accuse the Republicans of being Nazis just about every day.  All of a sudden they are offended by the ass word?

Mike:  Dude, it’s the “a” word.  There’s no need to repeat it here.  There are children driving with their parents to school, Mark.

Mike:  I would say I’m not aware of anyone making a federal case out of Boehner using the word.  He was simply asked about it.  I would say in trying to conduct your affairs, especially if you’re the Speaker of the House of Representatives, certainly it ought to be within grasp that you would be the most gentleman-like statesman of gentleman-like statesmen, don’t you think?

Mike:  This quid pro quo, tit for tat, libs v. conservatives, I know the double standard is out there.  Do you want me to give you the greatest double standard of the week?  Ignore Boehner for just a moment because that’s just — again, he chose not to censor himself.  Let me give you the greatest double standard of the week.  You ready?  An American citizen, especially if he may be a member or proponent of the American tradition of militia and the great history of how militias ultimately won the day at Lexington and Concord, almost won the day at Bunker Hill, were able to have the greatest military fighting force in the history of the world chasing them around the countryside in 1776 to 1781, all the way up until the early part of the 20th century, the militia tradition in the United States was a great one.  Our forefathers cannot have been said to have been bloodthirsty tyrants abusing and using the militia power.  We have a pretty good history that militias have produced more good in North America than have ever been purported to have produced bad.

At the same time that I am saying this, it is now regarded as distasteful and unpalatable and unthinkable that any member of a militia or any citizen who is acting as a militia member should own the same weapon that a member of the military owns.  We keep hearing this.  [mocking] “There’s no need for anyone to own a weapon that the military owns.  There’s no need for any common person to have a military-grade weapon.”  Oh, yes, there is.  I beg to differ.  As a matter of fact, all young men ought to have these weapons and they ought to all be trained in them.  They ought to all know how to use them, just in case they ever are called into service.  They can responsibly carry the arm, clean the arm, use the arm — I’m speaking of the military arm.  We are told that this is distasteful.  At the exact same time, the greatest double standard of last week is that our government is going to tell you and me and my friends and your friends that we cannot be trusted with those military-grade weapons, but they’re going to send them by the tens of millions of dollars’ worth to acknowledged and known terrorist lunatic nut jobs in Syria so they can have them.

Caller Mark:  I could not agree with you more.  You’re absolutely right, Mike.

Mike:  So an American citizen must be forbidden — we’ve got to fight this war on terror.  How are we gonna do that?  [mocking] “You can’t arm the citizenry.  Only the military can have them” and terrorists overseas.  They’re going to send arms, if I saw the story right, $60 million worth of arms to Syrian rebels.  We don’t know who these people are.  You don’t know whose side they’re on.

Mike:  Here it is, “U.S. Steps Up Aid to Syria, Pledging $60 Million.”  This is insanity, absolutely insane.  It is incomprehensible, just like the big news last night.  John “Rambo” Kerry on one of his first missions overseas, what’s he doing?  He’s getting the old company checkbook out and writing a $250 million check that you and I have to cover so that Egypt can have some foreign aid.  Why?  I know why.  Most of you probably know why.  But we’re broke.  No, we’re not broke, we’ve got $250 million laying around.  You want to fund that Head Start center that I hear people groveling and whining about in New York and the one in Texas?  [mocking] “Head Start is gonna to get cut because of the sequester.”  Stop giving money to the Egyptians then.  John is in Florida next on The Mike Church Show.  John, how are you?

Caller John:  Thanks for taking my call.  I appreciate your show.  I’m glad there are no zombies.  I believe in a well-armed citizenry.  When you talk about no imminent threat of invasion or how we would be invaded, I think they can just walk across the Southern border.  There’s a term for it when a country’s fabric and culture has changed when the immigrant population birthrate is significantly higher than the nationalized citizen birthrate.  Europe is facing that problem now.  I think there is a concern there.  I wanted to go back to David Gregory’s comments to John Boehner, about using that inappropriate language.  It’s funny how we worry about the military-industrial complex when we should be worried about the political-media complex.  Is anybody worried or talking about why the Senate isn’t taking action?  No.  They’re all worried about John Boehner’s inappropriate use of that word.

Mike:  They’re not all worried about John Boehner.  I’m the one that brought it up.  They’re not worried about it.  I didn’t bring it up — I said I didn’t want to make an act of Congress or a federal case about it.  I simply brought it up to say he could have chosen a better set of words.  I don’t care what party he’s with.  He’s the Speaker of the House of Representatives.  No, the president shouldn’t do it either.  They ought to conduct their affairs and discharge their duties with the highest statesmanship that is possible.  I don’t think it’s the end of the world.  I don’t think it’s going to make the government come crashing down on us any harder than it did.  I don’t believe me discussing it is going to alleviate any of this.  I simply pointed out that the choice of words was ill-advised, that’s all, end of discussion.  John is gone.  The political-media-industrial complex — I tell you what, those media guys are capable of destroying entire civilizations, just wiping them from existence, all of them. 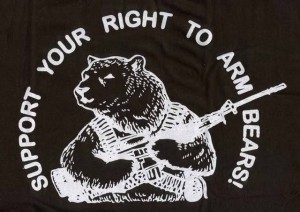