Mandeville, LA – Exclusive Transcript – In Flags of Our Fathers, Eastwood tells the story, I think based on a book, of how American servicemen during World War II, which was a jointly-shared sacrificial war, did not like the idea that they were asked to promote and market war efforts, to go out and sell bonds, which they were asked to do as members of the platoon that raised the flag on Mount Suribachi on Iwo Jima.  It’s a very poignant tale.  Check out today’s transcript for the rest…

Mike:  I want to finish up with Steve in Louisiana because he’s been so patient and been on the line so long.  Steve, let’s finish up with your call here.  What was the case you were making?  You are a veteran.

Mike:  You were making the case, as Matt from Texas was making the case last week — I’d like to hear from more of gentlemen like yourself.  You are making a case that supporting the troops in this endeavor is keeping them out of the intervention?  Did I understand correct?

Caller Steve:  No.  What I’m saying is our unconditional support for our troops does not equate to any kind of support for whatever they’re involved in.  Do you understand?

Caller Steve:  We support our troops if we don’t ever want to see another guy come home and be spit on because his government put him in harm’s way.  You understand?

Mike:  I totally understand.  I would agree with that and I have agreed with that.  You’re supporting the individual member or enlistee or officer of whatever branch of the military; you’re not supporting what they have been sent to go and do.

Caller Steve:  Right.  They’re doing the job that our government, our regime has sent them to do.

Mike:  Absolutely.  I would agree with that again.  As I just pointed out, the people are saying that’s not why we raise and fund and support a standing army.  Stand down.  Yet this sales pitch — just think of this.  The American public is going to be pitched this intervention in Syria as if they have to make a decision between tastes great or less filling.  They have to make a decision between Miller or Coors Light beer.  This is not a Madison Avenue advertising campaign.  As a matter of fact, the fact that it’s being treating like it’s an advertising campaign is insulting and offensive.  War is not something to promote and market.  AG, did you ever see Clint Eastwood’s Flags of Our Fathers movie?

AG:  I did not catch that one.

Mike:  You’ve seen Gran Torino, right?  They were made around the same time.

AG:  He did run in here and say “What’s up?” and gave a dire prediction of the Redskins game tonight.

Mike:  [mocking] “Get off my lawn.”  In Flags of Our Fathers, Eastwood tells the story, I think based on a book, of how American servicemen during World War II, which was a jointly-shared sacrificial war, did not like the idea that they were asked to promote and market war efforts, to go out and sell bonds, which they were asked to do as members of the platoon that raised the flag on Mount Suribachi on Iwo Jima.  It’s a very poignant tale.  If you watch the film, the overriding theme is that war is hell and they didn’t like the idea — they did it because of a sense of duty but they didn’t like having to do the sales pitch to sell the war bonds.  I think one guy either did or wanted to end his own life it was so distasteful.  Why should it be any less distasteful for the President of the United States or a member of Congress like Mike Rogers?  Rogers is the head of the Armed Services Intelligence Committee.  Is that the one he’s the head of?  Here’s Mike Rogers on Face the Nation yesterday:

Senator Mike Rogers: The president announces it on a Saturday, doesn’t call Congress back. If you’re going to do that, call them back for a serious national security debate. I think that had to happen. Review the evidence we had so you can have a quick order of events. Instead, he announced it and then left, left the country for a week.

Senator Mike Rogers: It does mean our relationship with Russia. It does mean do we get a nuclear Iran or not. Can we contain North Korea in its efforts? By the way, they have huge chemical and biological stockpiles that make us all very nervous.

By the way, Secretary of State John “Rambo” Kerry says that chemical weapons have not been used since a treaty was entered into 110, 115 years.  [mocking] “For 115 years, the world has had a ban.”  Really?  Who used napalm in Vietnam?  You Vietnam vets know the answer to this.  Who gassed people with napalm?  Is napalm a chemical weapon?  You’re damn straight it is.  You don’t want to be near the use of napalm.  Hell, there’s a famous movie line, Robert Duvall in Apocalypse Now, “I love the smell of napalm in the morning.”  We use chemical weapons, but no, no one ever used them since they were banned in 1911 or whatever it was. 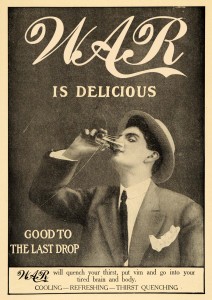