Mike:  Hello, Michael.  How you doing?

Caller Michael:  Good.  I’m doing very well, thank you, Mike.  Nice of you to take my phone call.  I’ve waited a long time to speak to you.  I’m rather passionate about what I have to say, and I hope you’ll afford me a moment or so to do so.

Caller Michael:  We were unprepared.  We actually had to go to sporting goods stores to get rifles and weaponry to try to keep up with these guys.  How is it conceivably possible that a butcher, a doctor, a lawyer, or radio show host is in a position to judge what the experts in the field know the threats are and what they need to combat them?  I think it’s irresponsible.  Let me, as an addendum to this, say one other thing.  I’m 100 percent with you.

I’m frightened by what our government is doing in terms of taking our Second Amendment rights away, really in certain situations being way over the top, but there’s now a backlash, a backward trend that’s stripping the tools from the people who need it most to keep the community safe.  If I told you how many times I’ve helped an elderly, infirmed woman down four flights of stairs — it is part of my job description, but it’s not “crime” fighting.  The appreciation of thanks I got from her.  We don’t look at these people as the enemy.  These are our brothers and sisters.  Whether I live in that neighborhood or whether I live a mile or two away is irrelevant.

Ninety-nine percent of the guys I work with are on the job because they are compassionate, caring, good people.  Are there a couple muscle heads?  Absolutely.  Just like the guy who picked the lettuce for your sandwich today, there’s going to be a couple bad seeds out there.  But far and wide, more often than not we’re people who really give a damn about our fellow man.  So when we’re viewed as 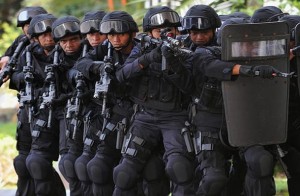 murderers or we’re viewed as over the top with the body armor or automatic weapons of tactical gear, it’s extremely frustrating.  We know that the people that are making these judgment calls are very, for the most part —

Point two, I never said that I agreed with that man.  I never said that the cop was wrong.  I never passed judgment on the overall ability of a police department to determine how it is that their officers conduct business in the streets.  What I said is — I want to be clear on this because I don’t like calumny being heaped upon my name.  If that’s the best that you’ve got, fine.  Heap some more on me.  I really don’t care.  I answer to another maker.  But what I said is, and what the point is, I lament the fact that we seem to be possessed of the idea that: We’ll just have to buy more guns, hire more cops, and make the streets look like third-world epic movie scenes.  I don’t want to live there.

It’s not producing less.  Where does this end?  Nobody begrudges any police officer for wanting to go home and have dinner with their children.  I don’t even know where this Jack Bauer scenario comes from.  I’ve never said it.  I’ve never implied it.  I don’t feel it in my heart.  If I did feel it in my heart, I would leave here right now and I would go to confession and beg God to forgive me for what I just did.

FOLKS, a message from Mike – The Project 76 features, Church Doctrine videos and everything else 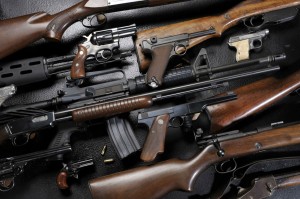 on this site are supported by YOU. We have over 70, of my personally designed, written, produced and directed products for sale in the Founders Tradin’ Post, 24/7,  here. You can also support our efforts with a Founders Pass membership granting total access to years of My work for just .17 cents per day. Thanks for 17 years of mike church.com! – Mike

I don’t know where all this anger comes from.  You’ve made me angry now.  I took a vow of humility a couple months back and try not to get angry like this.  I appreciate your work.  I appreciate your profession.  I appreciate the fact that most if not all of you guys, at some level, are professionals.  You are, but you’re on a course — this is a road to perdition.  This ends in urban warfare.  This is where it ends.  If you want more of something, subsidize it.  If you want more weapons in the streets, subsidize it.  And whether that subsidy is applied to the citizenry or the police department, it doesn’t matter.  We have a problem with evil in our midst.