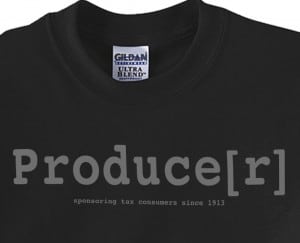 Mandeville, LA – Mike Church’s daily Pile of Prep, chock full of the fued between the gRand Old Party & Chris Christie plus other [r]epublican stories used to perform the Mike Church Show on the Sirius/XM Patriot channel 125. “Without the controlling principle that the nation must maintain its objectives and its power in equilibrium, its purposes within its means, and its means equal to its purposes, its commitments related to its resources, and its resources adequate to its commitments, it is impossible to think at all about foreign affairs.” – Walter Lippmann

Patrick J Buchanan: the last hurrah of the über interventionists is upon us as DeceptiCONS crow over their booty to be given to Egyptian madmen in the form of “foreign aid”. Buchanan asks all the right questions. “What should we fight for? Whom shall we defend? What can we afford in the way of national defense? What must we afford?”

Ron Paul: What the NSA is NOT telling us about their spying and storage of personal communications is bad enough without “The Agency” and it’s defenders being caught in never ending lies about it. What IS going on here!?

Larison: Christie’s demagoguery is just a continuation of the Big Terror Attack Machine that Rudy Giuliani rode to defeat in 2008. I like the pseudonym Chris Christiani for the most corpulaent Governor around these days.

The state of New Hampshire mulls the application of Concord for a grant to fund purchase of an armored vehicle for their police dept. The trouble is, the CPD lists as reasoning for the vehicles need, dealing “with domestic terrorism” and then lists the peaceful, libertarians at Free State Project as an example! Oh, but don’t worry, Watertown, MA and Sarasota FL were just LEO anomalies! Nothing to see here citizen, move along!

Why do Americans think they can emulate the Founding Fathers without actually having read them? Why do they think they can restore “values” without reading the Proverbs or New Testament? “Yesterday’s fundamentalist was a person who believed in the fundamentals of the Scriptures — in other words, a Christian; yesterday’s Evangelical  was likewise one who preached the true Gospel.  Now the former more accurately describes the modern Pharisee, and the latter those Christians most likely to vote Republican and listen to mom-rock.”

The Palinator Chronicles. Alaskans remain unconvinced that Sara Palin would be a good choice to represent them in the U.S. Senate

Drop Pocket Bumstead Government: If the S&P was actually performing the function the market needs it to perform -warn investors about public debt issues- it would downgrade the US of A government immediately as the Post Office faces a $5.6 BILLION deficit on Sept 30th and has  blown it’s “borrowing authority”

DeceptiCONNED: “Conservative” Kathleen Parker thinks that emerging libertarians and non-interventionists in the GOP are a “threat to the nation” because the DeceptiCONS, for all their flaws, keep the trains running on time.

Nothing to see here citizen, move along! WI agents, dressed in SWAT gear with weapons drawn, raid an animal shelter to assassinate a baby deer, threat to humanity that it allegedly posed. “Citizen, you are not allowed to own wildlife, citizen!”

Size matters: Americans, like dogs spotting a squirrel, can be distracted from the serious work and duty of citizenship by the slightest bit of titillation including obsessing over the distribution of condoms, by size, across the United States. “LOTS to see here citizen, den’t move along!”

Editorial: The Constitution was written to centralize power and rob citizens of their liberties. Individuals are the only sovereign entities needed to preserve liberty and “rights”. The problem with this point of view is that there is no grounding external or eternal force, which is required for the “order” part of “law & order”.

“Brother, can you spare $1000 for a bowl of soup?” Ben BernYankMe and all the other central banking druids cannot stop the recession we are already in the beginning phases of nor can they take back their “QE program” so inflation is assured as well. Hey, we should treat this as a party event like most federal agencies do at their annual conventions! Partyyyyyyyyy……..!

Bill Gates launches “Big History” the latest Bill Gates project aimed at eradicating faith, tradition & theology from our existence. Big History is already being taught in American schools and begins one of its 10 lessons with “the myth of creation in Genesis”

The Chris Christie vs Rand Paul feud, in pictures

0Shares
Bill Gateschris christiePatrick J Buchananrand paulRon PaulSara PalinThe Constitution
Previous PostCaller Richard Thinks Ron Paul Supporters Should Just Shut Up and Get Along With GOPNext PostRon Paul Points Out What Should Be Obvious: Politicians Lie And The NSA Spies