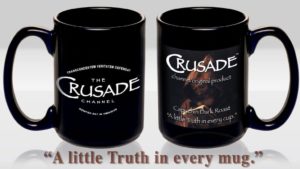 Mandeville, LA – Exclusive Transcript – “Ultimately, just because you say that you can change your gender does not mean that your gender is changed.  Mutilating your body does not change it.  The example, though, of: Why aren’t you 60?  She just: Well, uh, huh, uh, well, ‘cause I’m not 60.  Okay.  I’m looking at you.  You’re a girl.  You’re not a boy.  And it doesn’t matter if you dress up like a boy.”  Check out today’s transcript for the rest….

Mike:  Ben Shapiro, the sometimes-investigative reporter, who writes at The Daily Caller, was inside a gaggle of college-age know-nothing imbeciles – where was this at?  Ferris State University in Big Rapids, Michigan.  Shapiro gave a talk on the ridiculousness of endorsing and promoting transgender lifestyles and behavior.  And for that, some of the members of the student audience were asking questions.  Now, I want you to listen to Shapiro just demolish the argument about gender.  It’s also demolished in today’s Pile of Prep in a piece I linked to that was in the 2017 print edition of American Conservative Magazine.  How many of you people knew that Holyoke College up in, I think, New York has decided – it’s an all-women’s college.  It’s decided that it’s not an all-women’s college anymore.  You know why?  They don’t want to offend someone that’s transitioning from a man to a woman by saying that a woman has got to have a vagina.  Folks, I’m not making this up.  Here is part of Shapiro’s conversation with a young, horribly disfigured in the intellect and misguided young woman who is insisting that gender is what you make it.

Female: So, how do you say that some people don’t have privilege when you basically just said that trans people aren’t valid, they’re not a thing, they’re just girls pretending to be boys or boys pretending to be girls? Sex is biological, but gender is a completely different thing.

Ben Shapiro: No, gender is not disconnected from sex.

Shapiro: Okay. No, it is not in the mind. You’re not a man if you think you’re a man. And I didn’t say pretending, or if I did, I shouldn’t have said pretending.

Shapiro: Okay. I said a boy who thinks he’s a girl. That’s the usual phraseology I use, not playing. I usually say a boy who thinks he’s a girl or a girl who thinks he’s a boy, which is technically what we’re talking about here. As far as the actual psychological issues at play, it used to be called gender identity disorder; now they call it gender dysphoria. The idea that sex or gender are malleable is not true. Okay? And I am not denying your humanity if you are a transgender person. I am saying that you are not the sex to which you claim to be. You’re still a human being, and you’re a human being with an issue that I wish you Godspeed in dealing with in whatever way you see fit. But if you are going to dictate to me that I am supposed to pretend, I am supposed to pretend that men are women and women are men, no. My answer is no. I’m not going to modify basic biology because it threatens your subjective sense of what you are.

Female: Okay. But you’re still saying these kids should, like, not be accepted because they don’t really fit in either place. They can’t just, like –

Female: Where’s that written, though?

Shapiro: In the name Boy Scouts. 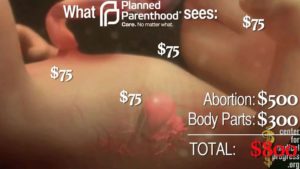 Shapiro: Because this is a very –

Female: [unintelligible] just because the name says something.

Shapiro: Because for all of human history, boy meant boy and girl meant girl. Boy did not mean girl –

Shapiro: And if I call you a moose, are you suddenly a moose? If I redefine our terms –

Shapiro: Okay. Why is that – I don’t understand. Why – okay. Let me ask you this. How old – okay. I won’t ask you how old – I will ask you how old you are. Okay? Because you’re young enough that it’s probably not insulting to ask you. So –

Female: Because it – that’s – [unintelligible] –

Female: – it’s just something that you –

Female: It’s not the same as gender. You can’t just –

Female: You can still legally change it. People recognize –

Shapiro: You can’t legally change your age, by the way.

Shapiro: Just because you can do things legally doesn’t mean that they are correct biologically. You could do lots of things in the past that were incorrect biologically and correct legally. For a long period of time in the United States, sterilization of the mentally ill took place. That didn’t make it okay. Skinner v. Oklahoma, Justice Oliver Wendell Holmes wrote the decision.

Female: Right. I still don’t understand why you can’t –

Female: – be open-minded and accepting of these children that are, have gender –

Shapiro: It’s not a matter of open-minded and accepting. I want them to get treatment that they see fit, but that’s not involving – the idea behind the transgender movement, as a civil rights movement, is the idea that all of their problems would just go away if I would pretend that they were the sex to which they claim, to which they claim membership. That’s nonsense. The transgender suicide rate is 40 percent. It is 40 percent. And according to the –

Female: Do you know why that is, though? 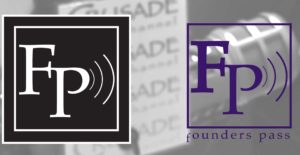 Mike:  I linked to the video in today’s Pile of Prep.  Watch the whole thing. Folks, that’s Ben Shapiro just – you know what he’s employing there, Christopher?  Philosophia perennis.  He’s employing ultimate causes.  I’m not sure if it’s an ultimate cause.  I’d have to ask Brother Andre about that.  Well, no, he is because he’s saying: No, for thousands of years boys are born boys and girls are born girls.  Ultimately, just because you say that you can change your gender does not mean that your gender is changed.  Mutilating your body does not change it.  The example, though, of: Why aren’t you 60?  She just: Well, uh, huh, uh, well, ‘cause I’m not 60.  Okay.  I’m looking at you.  You’re a girl.  You’re not a boy.  And it doesn’t matter if you dress up like a boy.

Folks, I gave an example one time of the weirdo in London that dresses up like a Dalmatian.  People say that he’s trans-species.  He thinks he’s a dog, so they treat him like a dog.  They even buy him dog snacks.  I said at the time, I asked the question: Because he identifies as a dog, is he an actual dog?  Well, we could test this theory out in a couple ways if he wandered out in the middle of a park as a dog and he saw another dog, a female dog that was in heat, and he wandered up to the female dog that was in heat and began to perform a sex act on her, which is what a dog would do right in front of all of us.  What would happen?  Well, back in the old days they’d call that bestiality and cruelty to animals and what have you and they’d arrest him.  They don’t care if he identifies as a dog.  He’s not a dog.