Mandeville, LA – Exclusive Transcript – Trickle-down economics did not run the debt up, government spending did.  Trickle-down economics after Clinton left office did not run the debt up, government spending did.  You see, both of The Industry parties, Republicans and Democrats, must put this façade up that one cares more than the other about spending, about how economics are waged and who gets what.  Wouldn’t it just be such a paradise to live in if we just had a market-based economy where there was no access for political favors whatsoever?  We did once have that here on these shores.  A man or a woman was only the product of what they could make of themselves.  You could not buy access to wealth.  You could not buy access to success by using politics to gain an advantage over your competition. Check out today’s transcript for more…

Mike:  We haven’t even gotten into all the Bill Clinton audio today, probably because it was just so much of Grandpa Clinton lecturing people.  [mocking Clinton] “I want you to listen to me.  I told y’all to shut up and listen.  I’m talking here.  You over there in the back row, yeah, I know you want to cheer me.  You listen to me.”

AG:  I’ve got a couple pieces of Clinton cut up here that I want to get your thoughts on.

AG:  All right.  We’ll go with this clip here first.

Bill Clinton: Thankfully by 1996, the economy was roaring, everybody felt it, and we were halfway through the longest peacetime expansion in the history of the United States. [applause]  The difference this time is purely in the circumstances.  President Obama started with a much weaker economy than I did.  Listen to me now.  No president, not me, not any of my predecessors, no one could have fully repaired all the damage that he found in just four years.  [applause]

Mike:  You wanna bet?  You wanna bet?  Not only could they have repaired it, they could have repaired it and set us on a better course.  All that is necessary is, again — it’s funny that Bill Clinton said — where’s the clip in the beginning of his speech where he says, [mocking Clinton] “People tell me if I could bring one thing into the Oval Office that I didn’t bring before, and I tell them arithmetic, math.”  Well, bringing a healthy dose of arithmetic into the Obama administration, it would seem to me, President Clinton, would go a long way towards him repairing that problem with which he promised to deal with, which was the debt and deficit.

Again, ladies and gentlemen, you should not be surprised and no one should be that surprised or upset about what has transpired in the four years of the Obama administration.  We now have, on full display, the attitude that the Democratic Party as a whole is presenting to the planet, to the universe, to whoever is watching, of what it thinks about the next generation.  We can live without them or we can live with them, but we’re probably better off living without them.  So let’s talk about women’s plumbing, women’s health, women’s right to choose.  Let’s revel in the practice of aborting babies and revel in talking about the practice of aborting babies and killing the unborn on the stage over and over and over again.  You really think they actually have any real concern for what is being left, the slavery that’s being left, the debt slavery that’s being left to the next generation?  Come on.  What’s next?

AG:  We can go with a couple other clips here.  I guess what I found disappointing so far in the DNC is that we are not getting a lot of ideas of what President Obama wants to do if he were to be elected in the next four years.  Instead we’re getting the refrain of “could be worse” or “it’s not that bad, he’s done kind of a good job getting us off the cliff we were heading towards falling off.”  We’re not getting any positive policy ideas.  Instead we’re getting, on Tuesday night, was how great of a person President Obama is from his wife Michelle.  Last night we got “Could be a lot worse.”  That just seems like such a terrible reason —

Mike:  [mocking Clinton] “Could have been a lot worse, Andrew, a lot worse.”

AG:  We can criticize what Mitt has put forth or you can criticize what Congressman Ryan has put forth in terms of his budget plan or Medicare reform and entitlement reform, but they’ve at least also put forth — Romney has put forth some ideas on what he wants to do with the energy policy in terms of giving power back to the states.  I just feel as if we’re not getting any sort of policy ideas from the Democrats.  It’s frustrating in the sense I don’t know what Obama wants to spend the next four years working on.

Mike:  Maybe we’ll find out tonight.  By the way, I will be hosting a live chat on MikeChurch.com.

AG:  I’ve got the Bill Clinton from last night doubling down on trickle-down economics.

Mike:  This is just such a — you’re talking about reinventing the wheel.  Why don’t you just bring the wheel up on the stage.  [mocking Clinton] “You see this wheel here?  This is trickle-down economics and we ain’t going there again.”  I posted on Twitter last night when Elizabeth Warren was talking about [mocking] “Wealth doesn’t trickle down, it comes from the middle class and it goes up.  It’s spread out to the population.”  That is such an economically dimwitted, idiotic thing to say.

If that’s true, then why did Obama and his buddies dole out — $44 billion is what the GM bailout is ultimately going to cost, $22 billion to Chrysler.  They doled it out to the company, to the rich guys that run the company, to the board of directors that run Chrysler and General Motors.  They didn’t give it to the workers.  They didn’t give it to the people and say, “Go out and buy GM cars.”  You could have accomplished the same thing, couldn’t you?  Did they dole the money out to the people that were going to buy Solyndra solar panels or did they give it to the CEO, the rich guy of Solyndra?  So he could do what?  So they could make solar panels and the wealth of solar panel making would do what?  Trickle down.  This is just so ridiculous.  It doesn’t even make sense.

AG:  I saw your tweet and I’m now hoping that you can write a couple of the questions for the debate, the debates that come in October, the three presidential ones.  I think that would be a perfectly good question that you would hope the moderators would ask of President Obama.  You say trickle-down economics doesn’t work.  Why did you give money or tax breaks or bailouts to the very top parts of the company instead of the consumers?

AG:  Mark that one down.

Mike:  I’m going to mark it.  Here is Clinton just bringing his horse out of the barn and kicking the living [bleep] out of him.

Bill Clinton: Republican economic policies quadrupled the national debt before I took office, in the 12 years before I took office [applause] and doubled the debt in the eight years after I left because it defied arithmetic.  [laughter]  it was a highly inconvenient thing for them in our debates that I was just a country boy from Arkansas and came from a place where people still thought two and two was four.  It’s arithmetic.  We simply cannot afford to give the reins of government to someone who will double down on trickle-down.

Mike:  Trickle-down economics did not run the debt up, government spending did.  Trickle-down economics after you left office, my friend, did not run the debt up, government spending did.  You see, both of The Industry parties, Republicans and Democrats, must put this façade up that one cares more than the other about spending, about how economics are waged and who gets what.  Wouldn’t it just be such a paradise to live in if we just had a market-based economy where there was no access for political favors whatsoever?  We did once have that here on these shores.  A man or a woman was only the product of what they could make of themselves.  You could not buy access to wealth.  You could not buy access to success by using politics to gain an advantage over your competition.  Isn’t that really a recipe for more felicity and happiness, if we all have to be linked together, 309 million people in this mass mobocracy?  Again, I’m moving to the first state that says we are the free market state or republic. 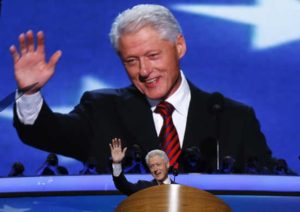 I wonder if I could summon the courage and the means to move with you. That will require immense faith on my part.

I have enough to read! It sucks when I can’t listen to the whole show. Is there any hope of on-demand full shows? I am a lifetime Sirius member since 2005. I do not have a “smart” phone and I don’t do “apps” unless on a bonafied PC.
Here I go to read this…

Actually there IS an On-Demand service for Sirius and my show was one of the first they tested the service on. It works for the iPhone and internet online service (YES on a “bonafide PC). I don’t run the Sirius/XM company so if these options do not fill the need you should complain TO THEM.