Mike:  Speaking of disrespect, I mentioned that story about the religiously unaffiliated.  Folks, this is a disturbing development, and I’m glad the Pew Research Center survey came out.  Maybe then some may consider their way.  Let me just deal with one little part of this.  Brad Birzer, my dear friend Brad Birzer, editor of The Imaginative Conservative website, has a post today about the Catholic intellect author Christopher Dawson.  I’m not going to read the story to you, although there are some great parts in it.  I want to skip all the way to the end of Birzer’s post for two paragraphs, which is applicable to the lack of religious affiliation here today.

Still, Dawson never ceased to remind us of the necessity of the liberal arts as citizens of the West and Christendom.  It is appropriate to end with his words, a challenge to each of us.  “Western man has not been faithful to his Christian tradition.  He has abandoned it not once, but again and again.  For since Christianity depends on a living faith and not merely on social tradition, Christendom must be renewed every fresh generation, and every generation is faced by the responsibility of making decisions, each of which may be an act of Christian faith or an act of apostasy.”

Mike:  I think that says an awful lot about the current plight and pickle of the people of these United States, and of the world for that matter.  The Europeans have kicked God totally out of their lives, or kicked religion and service, things done in the service of religion, out of their lives.  They’re nearly all secular now.

AG:  Mike, I had a question on the story to pose to you.  I thought it was a really interesting story.  The overreaching question I had is, does the story matter in the sense that if you are religiously devout to a particular faith and you live in your own small community and with likeminded individuals, does it make a difference to you and your community if others are practicing religion and are devout in their own faith, or should that not even impact your life?

Mike:  I’m not quite understanding you.

AG:  Does it matter if more and more people are becoming secular or agnostic or atheist?  Does that impact your faith?  Does it even play a role?  Therefore, does a story like this matter in the context of the country we live in?

AG:  Right, should it?  What impact does that have?

Mike:  There are two answers to that question.  The first answer to that question is no.  It will not impact you when you get to the other life, not this one, the other life.  The first answer is no.  The person of good faith ought to understand that there is a higher authority and he or she is going to be judged by what they do here while they are drawing breath and alive on the face of God’s green Earth, that they ultimately will have to atone and account for what they do individually.  The first answer is no, not in the afterlife, not when you get to St. Peter’s pearly gates.

The second answer, does it matter to you today?  I’d say that in the grand scheme of the us and the we, it most certainly matters.  If man is free to invent, as he goes along, what man wants to be good or what man then deems as bad or what man deems as virtue or what man deems as vice, man being lazy and man always seeking pleasure — the virtuous man always of virtue; the common man thinks only of comfort — then man is ultimately going to sin.  Sin, inasmuch as you watch the destruction of the things that make the good society and the good order around you — the purpose of government as Plato and Aristotle and of culture, as the Greeks began to think about it and theorize: Why do you want this?  Why should we aspire to this?  Well, because men’s, purportedly, desire to live peaceful, proper, wholesome lives, they desire to be happy here.  Anything that passes the happy tradition from one generation to the next is supposed to be good.  We see this in tradition and in religious orders that support those traditions.

If a secular order is to be the rule of man, we’ve seen that.  You see it in Cuba.  You see it in the Communist countries where the churches are basically shut down and religion is outlawed by legislative fiat, and the state becomes a religion.  Today, our official religion of these United States is not Christianity.  It may have been, unofficially, once upon a time, but today it is that false pagan God known as science, technology.  Technology is our God.  You can’t turn a television on, can’t read a blog post, can’t go anywhere without hearing about some new technological revolution that is going to make your life this and that and the other.  In fact, it used to be that it was a closer walk with the divine and being more divine-like that made your life good.  Today, we are not judged by the good works that we do or the things we do in the name of Judeo-Christian charity.  We are judged by the size and gigabytes that we have in our smartphones.  There you go.

AG:  I have two questions from that.  One is, do you then want to push forward candidates like Rick Santorum —

AG:  I got the impression from what you just said that, and maybe I was hearing it wrong, that virtue and happiness, is that only achievable through a religious order?  Can you be secular and live a virtuous life?

Mike:  If you can find Christopher Hitchens in hell, let’s ask him.  You didn’t get the joke.  What is happiness?  It would take longer than we have here.  I think that as I study history and ancient civilizations all the way up through our civilization, what was deemed or termed as happiness was in believing that you had done the things necessary to not only be happy today, but in doing so, you would find passage into the theme park, the good theme park and the afterlife where you would continue your happiness.  Does that make sense?

AG:  My impressions of guys like Socrates and Aristotle and philosophers is that they weren’t particularly religious necessarily, but led virtuous lives that were full of thought.

Mike:  They tried, but you can also say that Grecian society and Greece as a mini-empire from back in 2,000 B.C. or so did not survive.  It was basically conquered by the Romans.  For a while there, the Romans, even though they had different Gods, did try and lead that life of virtue, where piety was their aim.  It’s a good question.  That’s just my answer.  I’m not an expert on the matter.  I think Charles Murray and guys like Brad Birzer that write about these things and the great Russell Kirk that wrote about them — look at some of the literature that survives today that is still popular for a little bit of a glimpse of what we’re talking about here.  It is not a very well-kept secret that the Narnia Chronicles are an allegory for Christianity.  You know this, right?

Mike:  It is not a very well-kept secret that Tolkien was basically of the same cloth as an author.  The Hobbit and Lord of the Rings, that all follows a dark light.  The hobbits are happy people.  Why?  Because they walk towards the light.  They aspire to be God-like.  I think it is in the aspiration to be God-like, this is why we exalt athletes above ourselves.  Athletes do things that we don’t think are possible to do, making them demigods on Earth. 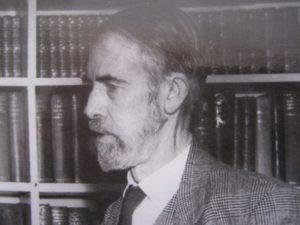