Mandeville, LA – Exclusive Transcript – If culture says, “No big deal.  Who cares?  We have no expectation of privacy.  You guys need to shut up and stop railing against it,” then you’re going to have a state that is going to do exactly what is permissible.  Designing men are always going to accrue power where there is least resistance for it.  If they can acquire and accrue that power, they are most certainly going to pursue it.  They are going to try and gain as much as they can.  Check out today’s transcript for the rest…

Mike:  Hello, Mark, how you doing?

Caller Mark:  On this gathering, the data gathering, I have two points.  First is that apart from the constitutionality or legality — I’m not going down that road — I’m just saying apart from that, I think the doing of it forever alters a culture, what it is for us to be Americans or live in this country is forever altered by the fact that — literally to where (I’m going to be a little bit gross) you walk in a room, an empty room in a hotel and wonder whether you can pick your nose or not, or ought to.  That’s the first thing.  That’s the significant point.  That one really, really frosts me.

Secondly, I would love to, and I think it would be possible to do it, but I would love to do a complete audit, without necessarily disclosing who, what, where, but by a trusted person or persons where they would audit and let the NSA or whatever show them every situation where we found out specifically X.  And having found that out, we did specifically Y.  And had we not done specifically Y, Z would have happened.  Then juxtapose those events into the actual terrorist events we’ve had since 9/11 or whatever, or before 9/11 if you want, since there’s been gathering.  I dare say that there would be — I don’t buy it that this data gathering is resulting in that activity which is preventing that result.  I don’t buy a nickel of it.  Those are my two points and I’m sticking with them.

Mike:  I think those are good points.  I think the earlier discussion that we had today and all of last week and a majority part of the week before, and the case that Senator Paul is arguing and members of the House of Representin’, some wise souls are arguing that what is transpiring is happening under the watchful eye of the Congress that apparently has extended a general grant for the execution of this power.  This is why it is such a big concern, and it ought to be a concern.  A general grant is a horrendously dangerous thing.  Of course, if you have a general grant, that means you can sit there: I think I’m able to do this.  Let’s just give it a go and see.  Instead of a specific, specified grant that would say: Look, there’s X group.  This is who we think is their leadership.  Congress is actually targeting this group by name and we’re serving notice that we’re talking to them…

We’re asking this temporary intelligence agency that we’re going to create to provide us with all that intelligence — they wouldn’t even have to actually do the agency.  The Army could do it. The Navy could do it.  They could have it as part of military operations.  Instead what we’ve done is expand the civilian corps or the civilian part of what it is that the Army and Navy does.  That’s what the NSA basically is.  Instead of having military men do this for military purposes, we’re doing it for what’s loosely called “national security.”  Of course, all is permissible under national security, right?  You don’t want to get blown up on your way to work today in Connecticut, do you, by a bomb planted by some jihadi nutball, do you?

Caller Mark:  Yeah, but that concern — lots of things can happen.  The most serious thing is, I’m on a highway and there’s a lot of cars around here.  That’s way more dangerous to me right now, but I’m not out here conducting breathalyzer tests of who’s coming by me left and right.

Mike:  Maybe you should be.

Caller Mark:  That’s another issue of the politically correct where we live, in the sense that we can passively accept all levels of murder on the highway and: Oh, it’s just too bad somebody got bumped off, as well as other forms of murder that you take up from time to time.  I’m not going to go down that road.  We can passively accept that but yet when — I live near Newtown.  When that horrible thing happened, as horrible as it was, relative to kids texting and getting killed, it was a pimple on an elephant.  That’s not to diminish the hurt and lives that were interrupted by that.

Mike:  Andrew, there was shootings in Chicago over the weekend.  What was it, 36 shot?

AG:  Thirty-six shot, I think six died.  I think that was the number.

Mike:  There used to be a universal gun ban, handgun ban in Chicago until the McDonald case and incorporation of the Second Amendment struck it down.  Chicago was purportedly a gun-free zone, wasn’t it?  They banned the handgun there.  How could we possibly have this level of violence?  Then, as you see from this weekend, 36 shootings.  This sounds like a war zone.  As Andrew said, six dead.  You have six people who have lost lives.  As I pointed out last week, the murder rate is somewhere, depending on the year, 55,000, 65,000 murders per year.  If the preservation of life, if protecting people from terrorism is about preserving life, [mocking] “We must do whatever we have to do.  If we save one life, then it was worth it.”  Well, if we could figure out when people are going to snap and start killing people, or if we have any inkling of when they’re going to snap and start killing people, then we ought to have the precogs like in Minority Report, like I said last week, and we ought to be just arresting them and incarcerating them because they might do it, like the NYPD cop that Carney was writing about in DC Examiner.

What about the fatalities that happened on highways, as you point out?  There are thousands upon thousands of people killed every day on the highways.  Shouldn’t we have national highway protection patrols?  Shouldn’t the American people’s cars and speedometers and regulation of the speed that they’re going, the use of turn signals, shouldn’t we have some massive federal agency micromanaging how you drive your car?  If you really want to save life, why not stamp out immediately and terminate the ghastly process or procedure called abortion?  Is not that saving the life of one child, as we’re always told about the Newtown children, what about the children that never make it out of their mother’s wombs and are terminated as aborted fetuses, as they are frequently called?

Caller Mark:  Mike, I’ve got a 15-year-old daughter.  You should see the things she’s got to sign to go on her year-end field trip at school.  You and I know she can walk down the street now, at age 12, and buy a pill that involves issues that she ought to be discussing with somebody.  Give me a break.  The inauthenticity of it is just disgusting.  If we say we treat our kids like gold, we love them and want to protect them like gold, then what would you do if you had a stack of gold and you put it on the corner of 42nd Street and Broadway?  You put somebody in front of it.  If it’s not about that, then tell me it’s not about that.  If it’s not about that then don’t do that.  If it’s about that, then do that.  This mystifying of things is driving me kind of bonkers.

Mike:  It is disconcerting as well, not just the things that you point out, but it’s disconcerting to hear things like, [mocking] “If you don’t have anything to hide, what do you have to worry about?”  People just slough off the spyfare state as if it’s just no big deal.  Anytime anyone has the authority, especially if you write it into law and say there’s nothing wrong with it, if that’s what the culture is saying, then that’s what the law is going to reflect.  Culture ultimately is going to define what kinds of politicians you’re going to have and what kinds of laws are going to be acceptable to the people in that culture.

If culture says, [mocking] “No big deal.  Who cares?  We have no expectation of privacy.  You guys need to shut up and stop railing against it,” then you’re going to have a state that is going to do exactly what is permissible.  Designing men are always going to accrue power where there is least resistance for it.  If they can acquire and accrue that power, they are most certainly going to pursue it.  They are going to try and gain as much as they can.  I’m not breaking any news here.  There’s nothing going on here that hasn’t been going on since Babylonia.  We have an awful lot of history to draw from, Mark.  We seem to be immune to the history and don’t want to hear about it.

Mike Church Show Transcript – Nothing Is Private Anymore, And Americans Are Okay With That

Caller Mark:  I’m almost out of — I don’t know.  I’m 55 over here and I’m — I tell you what, these changes, like this gathering, do have an immediate impact.  I’m in the part of my life where I’m not worried about this or that.  Time is precious and all, but I can see the impact of just that information changing me.  I would be the last to expect that it would.  Changing me how?  I don’t know, but just that sense of: Wait a minute, what’s going on here?

Mike:  It’s still early in the informational age.  It’s not old.  There’s a lot of this that I think time will settle.  I don’t necessarily know how it’s going to settle it.  I’m not a soothsayer or a prophet.  Time will ultimately settle these things.  Maybe it will settle it in a manner that is supportive of and promotive of liberty and civil liberties.  Maybe it will settle in a manner that’s not.  That seems to be up to us, though, folks. 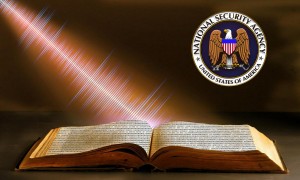