Mandeville, LA – Exclusive Audio & Transcript – Brian from Connecticut doesn’t think there should be boundaries on anything. So why not just disband the State of Connecticut?  You don’t need it.  It’s some stupid, outdated notion of a state.  Who needs that?  All we have to do is just worry about getting jobs and what have you.  Don’t worry about states.  Why even call a state a name?  Why do you even have a name?  Why does it matter?  Why am I calling you Brian?  Why don’t I just call you “Unh.”  It doesn’t matter, as long as we’re talking about jobs.  Why does anything matter? Check out today’s audio and transcript for more…

Mike:  Brian is in Connecticut.  Yes, Brian, let’s abolish fear.  Now I remember you.  What shall we do when we happen upon a black mamba in the middle of the road, jump over him?

Caller Brian:  Listen, my point here is I don’t care if gay people get married.  That’s not going to affect how I conduct my personal relationships with women.  If I choose to get married to a woman and have kids with them, it’s not going to affect the quality of my relationship.  The whole issue is ridiculous because there are so many other things we can be worried about in this country, like how we’re going to get people back to work and how we’re going to be able to grow this economy.

Mike:  Yes, let’s talk about growing the economy while we’re all fornicating happily along the trail.  What a great idea.  What could possibly go wrong?

Mike:  You’re totally ridiculous.  Your idea that nothing matters until it affects you is what’s ridiculous, sir.  What’s the point of having a civilization or society?  Why do you live in the State of Connecticut, for what purpose?

Caller Brian:  Why do I live in the State of Connecticut?

Caller Brian:  We have a lot of people who own hedge funds out here and this is where the money is.

Mike:  You should disband the State of Connecticut.  You don’t need it.  It’s some stupid, outdated notion of a state.  Who needs that?  All we have to do is just worry about getting jobs and what have you.  Don’t worry about states.  Why even call a state a name?  Why do you even have a name?  Why does it matter?  Why am I calling you Brian?  Why don’t I just call you “Unh.”  It doesn’t matter, as long as we’re talking about jobs.  Why does anything matter?  Why?

Mike:  No, you can’t answer the question and you have no comeback to that.

Caller Brian:  I was raised Roman Catholic and let me tell you something, I’m not Catholic today because —

Mike:  Hey, “Unh,” I do not recognize any proper nouns on this show because they are irrelevant.  If you say that, that would infer that because it’s a proper noun and it’s capitalized, it’s supposed to matter.  As you have just instructed me, sir, nothing matters.  Try to tell me again how you were raised and use no proper nouns.

Caller Brian:  My brother was abused by a Catholic priest.

Mike:  He can’t do it.  I just said no proper nouns.  Who are you to tell this priest or to infer, no, that would mean you thought something, to instruct this adult on what his preferences should have been, especially to assign those preferences to one particular, I think you call it a religion?  Since we don’t have those anymore, because all that matters is let’s get back to talking about what matters, jobs and the economy.  Nothing else matters unless it affects me today.  That is the moral relativist point of view that leads civilizations to the door of Dante’s inferno, sir.  I would say Brian, but proper nouns don’t exist because they don’t matter.  Names don’t exist.  They don’t matter.  Nothing matters.

Hey, what is that?  It’s shiny.  It’s gold.  Can I have it?  No?  You want me to do what?  I’m not digging a ditch for you.  Oh, you’ll give me a gold coin if I do?  Okay.  Do you mind if in between digging the ditch I go over there?  Your chick is waving at me.  What’s that?  She’s your what, wife?  No, I don’t acknowledge any of that.  I just want the gold coin.  I’m going to dig a little and when I’m on break, I’m going to go over there because she’s waving at me.  Me and her are going to do the thing that all the cool kids with the pumped up kicks are doing.  I’ll come back and finish the ditch.  You’re going to give me the gold coin.  It’s not going to affect you.  She’ll still be with you at the end of the day, she’s just going to see me in between.  What’s the hang-up, square?  What?  What’s that?  Marriage?  Preposterous.  Ridiculous.  We ought to be talking about the economy.

We talk incessantly about the economy here and it doesn’t seem to matter or fix anything, does it?  I think this is the fools errant here, and I am proud to say that this radio show brings it up often that everything cannot be reduced or boiled down to just an economic answer or to an economic formula. 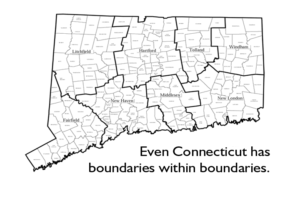