Mandeville, LA – Exclusive Transcript – If the people ultimately say that the SWAT teams and police and CIA and whoever else can barge into your house because some authoritarian has declared that there is some terroristic state of emergency, if the people don’t do anything about it, then they basically have granted the civil authority, the right to do the aforementioned.  Check out today’s transcript for the rest…

Mike:  Baldie is in Florida.  I believe this will be the first time in the history of this program that I have actually fielded a phone call from someone claiming the sobriquet Baldie.  Yes, Baldie, how are you?

Caller Baldie:  I’m great this morning.  How are you doing, Mike?

Caller Baldie:  I am just calling in reference to the gentleman that made the comment that if the police had come into his home that he might be dead.  The simple opinion that yes, I’m a very strong believer in the Second Amendment.  I bear arms for my personal protection and for my family.  The truth is, under a circumstance like this where you have terrorism, an act of terrorism, a possible fact that somebody could be hiding in your home and you might not even know it, it might be a good idea for us as citizens to be a little bit more submissive to authority.  I strongly believe that we should protect ourselves, but at the same time I believe that the authority that we have over us is important to abide by.  I wanted to call in and make that comment.

Mike:  [mocking] “Citizen, obey your State overlords.”  From whence does the State derive its authority?

Caller Baldie:  Well, anytime there is an issue where —

Mike:  No, no, we’re going back a priori, from the start.  From whence does the State derive its authority?  Where does it come from?

Caller Baldie:  I’m not sure I understand your question, Mike.  I would say that the states —

Mike:  Who gives the SWAT team or the mayor or the governor the authority to act like a king?

Mike:  No, no.  Who gave the Constitution authority?

Caller Baldie:  Well, I’m not sure where your line of questioning is coming from except that I know that the authority comes from our civil government.

Mike:  Who gave the government the authority?

Caller Baldie:  I’m not sure how that —

Mike:  I can keep asking.  Every level I go deeper and deeper and Baldie keeps telling me “I’m not sure I understand.”  I can tell you this: in the preamble to the Louisiana State Constitution, the first words of it are: all political power is vested in the people of the Territory of Orleans, and calling upon this power and with this power we therefore, the citizens, do ordain and establish this constitution, thereby creating that form of civics.  The answer to the question is that the power comes from the people, the people acting as sovereign individuals.  If the people ultimately say that the SWAT teams and police and CIA and whoever else can barge into your house because some authoritarian has declared that there is some terroristic state of emergency, if the people don’t do anything about it, then they basically have granted the civil authority, the right to do the aforementioned.

If the people don’t agree with it, if they say no and a little bit of reflection and research into the reasons why there are amendments against the quartering of troops, who in their right mind has ever faced the prospect that they could be forced to quarter a troop, meaning house and support a troop in the United States since passage of that amendment?  Fresh in the minds of Americans back in 1789 was the experience of many in the colonies that they were ordered by their royal governors: You will open your homes and your cupboards up and you will house and quarter these troops, and we don’t care if you like it or not.  This is the basis upon which and this is why that amendment is in the Constitution, if you’ve ever wondered.  Most people just ignore that one.  [mocking] “Well, that one doesn’t even exist.”  Amendment Three: “No Soldier shall, in time of peace be quartered in any house, without the consent of the Owner, nor in time of war, but in a manner to be prescribed by law.”  So they had seen this abuse actually happen right in front of their very eyes and did not desire for it to be visited upon their heads or their children’s heads living under the government that they were about to create.  Of course, they were sovereign and claimed their right to do so.

That’s my answer to the question.  If the people of Watertown, Massachusetts want to be searched without warrants and want to have the cops come in, if they give their consent, that’s their right to do so.  That is not to say, though, that the person that goes: You’re gonna have to give me some legal justification for this.  You’re not coming in my house, bucko.  He is not also on terra firma when it comes to that.  That was my point. 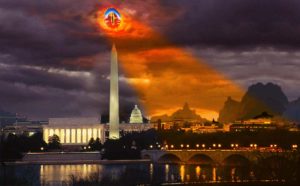