Mandeville, LA – Exclusive Transcript – I would imagine you could easily carve five or six states out of California, piece of cake.  Well, if you’re going to remain in the United States, then each one of those states gets its own two United States senators.  You’re diluting the power.  You don’t have to have just Dianne Feinstein and Babs Boxer.  You get to elect your two members of the United States Senate. Check out today’s transcript for the rest…

Mike:  Larry is in North Carolina.  Hello, Larry, how are you?

Caller Larry:  Good morning, Mike.  How are you doing this morning?

Caller Larry:  I appreciate you taking my call.  I’ve got a 33-mile commute to work every morning.  Listening to you makes it a whole lot more pleasant.

Mike:  Thank you very much.  Glad to be of service.

Caller Larry:  I’ve got a question for you.  When you were talking about the segregation laws earlier, it got me to thinking, could the other states band together and kick a state out of the union if they didn’t like the laws it had on the books?

Caller Larry:  I don’t necessarily want to kick out anybody, but if you go back to the civil rights era and you had those segregation laws on the books, could that be the sort of Damocles hanging over the heads of states that kept those kinds of laws in place?

Caller Larry:  Of course, we had a big, bloody civil war.

Mike:  They were told no.  Of course, they were incorrectly told no.  The legal precedent that was there in 1861 is still there today.  People can deny it all they want and they can make all kind of arguments around it, [mocking] “We had a war to settle that.”  I have a story with that in it today actually.  That’s just childish.  That is an intellect of a third grader.  As a matter of fact, I know third graders that are actually smarter than that.

Caller Larry:  I agree with you.

Mike:  Could the Congress kick a state out?  If you’re living under the Constitution, you’re guaranteed a republican form of government.  That’s one of the guarantees.  If you’re not practicing and don’t have a republican form of government, then I suppose the Congress could say you are in violation of the compact and they are voiding their agreement with you.  Wouldn’t that be intriguing?  Just imagine the scenario where an individual state decides they are not going to send members to the House of Representatives, not going to have federal elections, not going to seat members of the House, not going to have a senatorial election, and they are not going to obey any laws that are passed down form the federal judiciary, judges or U.S. attorneys.

What would then be the recourse of the Congress?  Would Congress then declare war, invade, and say there is a state of rebellion and they have to act?  They can’t do that.  The Posse Comitatus Act says they can’t.  The state can ask for help.  If there’s no rebellion and there’s not a republican form of government as defined by the Constitution, in other words electing congressmen and senators, then all that would have to happen, I believe, would be Congress would not honor their end of the bargain with that particular state.  They’d say: Okay, guys, you’re on your own.

Caller Larry:  That seems kind of weak for some reason.  It’s striking me as weak.

Caller Larry:  If we have a compact or contract among the 50 countries to have this constitution and each of the countries can leave if they want to — I certainly agree with that, having that right and power — why can’t the other states band together and kick somebody out?

Mike:  Again, I’m not saying they can’t.  I just said they could.  I don’t know that there’s any precedent for that other than the mighty agitations against the State of South Carolina from 1823 to about 1834.  They weren’t threatened to be kicked out; they were threatened to be invaded.  Of course, Andrew Jackson said he would invade if the state tried to secede or nullify the abominable tariff.  He never would have.  He was told by the governor of Virginia: You try to march a troop through this state to get to South Carolina, brother, you’re going to have a problem on your hand.  That was Governor Barbour that told Jackson that.  I don’t know.  Why do you ask such a question?  I’m curious.

Caller Larry:  It just kind of struck me out of the blue when you were talking about the segregation laws earlier.  I thought why not?  I would start maybe with California.

Mike:  Why would you want to kick California out?

Caller Larry:  If you think about things like the emission controls on our automobiles that came in under California first and then nationalized —

Mike:  Larry, you’re not being a very good [r]epublican, sir.  You’re sounding an awful lot like a big government tyrant.  If the people of California are dumb enough and wish to govern themselves by basically eviscerating or kicking out all their industry, that’s their business, provided that they’re not then holding their hand out and asking when they’re going to get a bailout.  Just like in San Francisco, I’m always amused by the O’Reillys and the crew at Fox News that always wants to kick San Francisco out.  Why?

All San Francisco is doing is acting like a [r]epublic.  You may not agree with the way they act like a republic but that’s what they’re doing.  They’re actually choosing to self-govern.  It is informative, is it not, that when states and cities choose to govern themselves as communists, socialists or statists, the general government doesn’t seem to have a problem with that.  Yeah, you can do all that.  It’s only when you contravene that and conduct your affairs and try to govern yourself as traditionalists or Jeffersonians, then we have a problem.  Now we’ve got to do something about that.  We can’t let that slide by.

Why would you want to kick California out?  That is a lame, lame, I think, point of view.  The question about California remains to me one of the great questions of our day.  Contained in the discussion and the question that I have about the State of California lies the solutions to some of our current political crises.  Why should a geographical area as large and as populated as the State of California remain as one political entity when it is obvious to any observer, and that includes those that live there, that it’s too big to be governed by the rule of Sacramento?  Its political systems are so rife with corruption and deceit that they are beyond repair.

I would imagine you could easily carve five or six states out of California, piece of cake.  [mocking] “Mike, why would you want to do that?”  Well, if you’re going to remain in the United States, then each one of those states gets its own two United States senators.  You’re diluting the power.  You don’t have to have just Dianne Feinstein and Babs Boxer.  You get to elect your two members of the United States Senate.  You might even get to do an end-around the 17th Amendment and say you get to choose who gets to be on the ballot, meaning you’re reclaiming the right and the principle that those senators go to Mordor on the Potomac River to represent your state and not who it is that can buy favor with them.

The same question, I think, applies to New York.  New York is too large of an entity in population and in size to be effectively governed to the happiness of all the residents therein.  Anyone that says that I think is just a dope-smoking lunatic.  You cannot possibly mean that.  The people that live in Manhattan cannot possibly have common cause with those that live in the Adirondacks.  Hell, people that live in Westchester County don’t have common cause with the people of Manhattan.  Those that live on Long Island want to be separated from the people of Manhattan.

Why don’t we do these things?  Why isn’t anyone ever talking about these things?  That is the amazing thing to me.  Talk about an occurrence that just shows the brain-dead, intellectually bankrupt nature of our political discourse today.  No, let’s have an argument about staying together and going $260 trillion in the hole.  Yeah, that’s what’s prudent.  That’s what we ought to do.  Really?  Seriously? 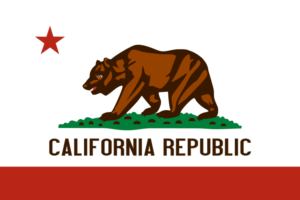 The main reason I would have for expelling a state would be for the reason of bankruptcy requiring a bailout from the other states. At that point I would say sorry no money from the rest. Go your own way. I would really rather have those states outside of the New England area to divide into smaller states and diluting down the power of those states. Ohio could divide into 5 states thus getting 10 senators. Louisiana could split into 4 as could South Carolina