Mandeville, LA – Exclusive Transcript – That’s a question that requires a very long, long answer and requires a giant leap backwards in history.  You could go all the way back and ask the question as to why the European immigrants into the new world, why they brought with them slaves they had captured against their will on the continent of Africa, and held them here in the colonies and then in the United States against their will as part of that awful, peculiar institution known as slavery.  It’s a question that’s very robust and complex.  Check out today’s transcript for the rest…

Mike:  This is Megan in Pennsylvania.  Megan, you’re next on The Mike Church Show, Sirius XM Patriot Channel.  How you doing?

Caller Megan:  I’m doing well.  How are you, Mike?

Caller Megan:  I have a quick question for you.  I’m in my mid-20s and I find that I’m often in the minority.  I’m a conservative.  I absolutely love your talk show.  I was with a bunch of my friends last night who are pretty typical 20-somethings.  They’re extremely liberal.  I posed this question and they all just about fell out of their chairs like I grew three heads.  I posed the question: Since when does race become an excuse and a replacement for accountability?  I’m finding often that when there’s a crime that’s committed, race tends to come up first before the actual crime.  With Trayvon Martin, they showed photos of him when he was a child versus the 17-year-old man who was much larger than George Zimmerman, who had the grill, carrying a gun, had Facebook posts about fighting that was ruled in evidence that wasn’t acceptable to show.  It became an issue of race.  The same people who were screaming about this is a racial issue are probably the same ones who were celebrating OJ Simpson being acquitted.  I’m curious, when did our country switch more towards race than actual accountability for crimes?

Mike:  That’s a question that requires a very long, long answer and requires a giant leap backwards in history.  You could go all the way back and ask the question as to why the European immigrants into the new world, why they brought with them slaves they had captured against their will on the continent of Africa, and held them here in the colonies and then in the United States against their will as part of that awful, peculiar institution known as slavery.  It’s a question that’s very robust and complex.  I could not possibly answer it in the meager amount of time that I would be allotted here.  I would say to you, though, and suggest that the situation was set in stone and was exacerbated by the horrific events of 1861 to 1865….

The result of that was not what many of the abolitionists thought would occur.  The result of that was, number one, the subjugation of entire states filled with people, the former states of the CSA, many of whom had no attachment whatsoever to the peculiar institution of slavery.  Then there was the doctrine that was carried out after alleged emancipation.  This was carried out in Yankee states.  Don’t feed me this crap that this was totally a Southern thing.  There was this doctrine that was carried out in many of the states, the “separate but equal” doctrine.  There was a separation of the races.  It wasn’t until the middle part of the 20th century when some people began to question the separate but equal doctrine and began agitating that it ought to be changed.  This is why you’ve got landmark cases like Brown v. Board of Education, the Civil Rights Act, which would have been of 1960 but it took four years to get it through a Senate filibuster.  Every step of the way, there was separation.

I think history — this is not a reflection of the despicable events that happened under what we know today as Jim Crow — will show a watching world sometime in the future that some grave mistakes were made in trying to resolve this.  In trying to resolve it, what has actually happened — I think the Zimmerman case is evidence of this.  I would present this as Exhibit A, the aftermath of the Zimmerman case.  [mocking] “It’s all about race.  Everything is about race.” — “No, it’s not.” — “Yes, it is.” — “No, it’s not.” — “Yes, it is.”  We’re again at loggerheads because people have convinced themselves, or have been convinced, that it’s all about race.

That’s a long question.  I gave you a very short, encapsulated answer.  I think the possibility of ameliorating or of addressing the long-standing issue, I think the possibility is there.  I also think that, to a large degree, that will not be effected by those that have appointed themselves as in charge of the situation.  It seems to me that the perpetuation of the current acrimony is good for certain individuals’ careers.  I can’t see inside their hearts and tell you no, but maybe they think they’re actually doing the right thing.  I don’t have an answer to that.  When people are allowed to work things out among other people and can drop their pretentions, I think you see that there is some ray of hope that that situation can be cured sometime in the near future.

I don’t have the cure or the remedy, but I can tell you this: community and a sense of community and what I call [r]epublicanism — it used to be called federalism but call it whatever you like — is something that can be established and is and should be, when we return to it, when we return to governing ourselves and governing our affairs in town hall meetings or parish or county council meetings in small and very intimate legislatures, and even outside the legislative process — all of politics and all of what we call government in our lives doesn’t have to be at the end of a legislative pen.  Someone doesn’t have to sign it into existence.  Much of this can be done and should be done just as neighbor acting upon and with neighbor, or as member of community acting up on and with other member of community.  You don’t have to pass a law to do this.  Rod Dreher writes in his great book The Little Way of Ruthie Lemming to practice that commandment, the “love thy neighbor” commandment. 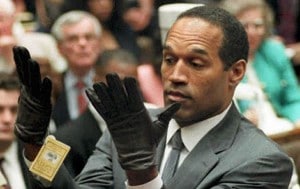