Mandeville, LA – Exclusive Audio and Transcript – Caller John is a doctor and likes some of the aspects of Obamacare because he wants his kids to get some of the benefits of it, well shouldn’t he be providing those benefits as a doctor?  Apparently that’s the way it USED to work, according to John, when his father was a GP and all of the doctors cared for each others families and friends of families. But what has changed in the last 20 years? More government involvement? Less morals in the country? Check out today’s transcript and audio for more…

Mike:  This is John in New York, hello, John.

Caller John:  Hey, Mike.  Thanks for having me on.

Mike:  John, are you getting a call from dispatch there?

Caller John:  No, I’m not, Mike.  I’m free to talk to you.  Thank you very much.  I’m a fan of your show.  I find your show to be challenging listening.  I agree with you on many issues and I disagree with you on many issues.  I just wanted to talk about one issue that you’ve been talking about today, which is middle class and wealthy people.  I just wanted to give you my perspective on it.  I’m a doctor.  I am someone who earns a nice amount of money.  I also feel that there is a “war” on the middle class.  I say this as the perspective of a father of children.  I’m not worried about myself, but I look at my children who are about to go to college.  I see what has happened in our country over the last maybe 20 years.  What I’m seeing is that it is becoming harder and harder for Americans, through education and hard work, to successfully make it into, let’s say the income bracket of $200,000 to $250,000 a year.

Mike:  Maybe that’s because education doesn’t have a damn thing to do with it.

Caller John:  Hard work combined with education has always been a very potent part of our country.  As you say, it’s the fabric.  It’s what makes our country click, that people who are willing to work hard have this opportunity here.  I am seeing this becoming more and more difficult for hardworking, educated young people to get jobs that do pay well, that do provide benefits such as healthcare.  I wanted to make an opposing view.  I actually like some of the things in ObamaCare because I want my kids, if their work does not bring them healthcare benefits, I want them to be able to have the opportunity to get healthcare.

Mike:  You’re a doctor.  You can provide it for them.

Caller John:  Yes, I could.

Mike:  Shouldn’t you be providing it?  Shouldn’t your colleagues just lose the Visa machine at the front of the office and provide it?

Caller John:  I agree with you.  Mike, in the old days, that’s the way it was.  I’ll never forget when my grandfather, who was a general practitioner, when he was in his 80’s he realized that there was no more professional courtesy.  His whole life, he has taken care of other doctors and their families for no charge.  Today, that doesn’t exist.  That’s also part of the degradation of our society.  But seriously, getting back to this, I bet a lot of your viewers would agree with me that they look at their children and they’re a bit worried.  It’s not as clear today that this social contract that our country —

Mike:  You know what I’m worried about?  John, we’re going to run out of time.  You know what I’m worried about with my daughters?  Here’s what I’m mortified over, that they’re going to take four or five years of their life and absolutely squander it in this silly exercise called college.  I have been trying to drill this into their head.  It came up again last night with ACT tests.  Tell me why you think you need to go to university.  Explain it to me.  To get a good job.  Why do you need a good job?  Because everybody has to have a job.  I said, “You’re a young female.  All you have to do is be a good mother to a good husband.  You don’t have to have a job.”  Well, you have to have a job.  I at least plant the seed that why do you want to do it?  This costs a lot of money.

Caller John:  Mike, I went through the same thing with my kids.  I like what you’re saying.

Mike:  The evidence is in.  Going to a four-year university, not only is it not a guarantee of future results or success, it is almost a guarantee of the opposite.  You have to pay it back.  You’ve delayed your entry into actual work or apprenticeship or learning a skill for four or five years so you could saunter away your days drinking beer with your buddies at Delta Tau Chi or whatever the case may be.  The university is not for people like you and I, John.  I can tell just from talking to you, if you had never set foot inside a bricked building called university, you would have done just fine in your life.  You would have found a way to learn and make something of yourself.  I never set foot inside one of those buildings and I found a way to learn and make something of myself.  I don’t buy this.

Why are we going to teach our kids this, John?  So stop with the middle class is getting screwed trap.  If you want education, education is all about wanting to learn.  You never lose that desire.  What’s behind that next door?  I gotta know.  I gotta open that door and find out what’s behind it.  It’s the curiosity that kills the cat and inspires people like you and me, John.  That’s what drives us.  You know it and I know it, buddy.  Why entrust this to politicians, John?  This is a job for me and you as fathers.

Mike:  Then we don’t disagree on much of anything, I don’t think.

Caller John:  What I like about you, Mike, is I love the challenge.  I love the questions you’re asking your daughter.  I want to ask my kids that, too.  They need to have a very good — they need to articulate the reason why I am going to send them to college and spend probably $200,000 each on them, because that’s what it costs at private college now.

Mike:  Save the 200 grand.  If you’ve got four of them, take the 800 grand, split it in half, open up a mom-and-pop business and they can work for their rest of their lives or sell it and open another one.  They’re probably going to be far better off, John. 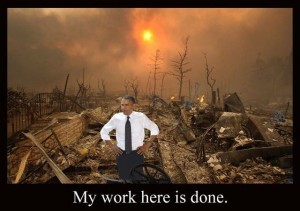