Mandeville, LA – Exclusive Transcript – All of the Decepticons are going goo-goo gaga over Chris Christie’s big speech last night at the RNC, but what they’re missing behind it all is that most of what he’s talking about is STILL MORE GOVERNMENT, the power of the state.  Only the state can educate our children and take care of our old people and if those programs aren’t working, well by golly, let’s reform them.  Check out today’s transcript for more…

Mike:  I’m also going to do something a little different here that the rest of the talk radio mafia is not going to do, but I will tell you this because they are all awash and all gaga over the Chris Christie speech last night.  Let me go through the good parts of the Christie speech and a brief analysis of it.  Can the guy give a forceful, rah-rah, let’s motivate the base speech?  Yes.  Did he deliver some of the red meat that they wanted him to?  He absolutely did.  Folks, the red meat that he delivered was the power of the state in that “we believe” and “they believe” tirade of his.  Okay, we all agree that the state is the greatest thing ever created to do school, apparently, but they believe in teachers unions and we believe in teachers.  They still work for the state.

If you follow me, when you hear the “we believe / they believe,” everything contained in that is a function of government.  Much of it is an unnecessary function of government, but it’s justified.  It will survive the test of time.  The spending, “we believe in balancing the budget,” yeah, but at the same time, the whole thing about our seniors believe in preserving Medicare and they want it for their grandchildren.  I just got my AARP card in the mail.  I don’t want that for my kids, much less my grandkids.  I cut the thing into little pieces.  I’m getting wound up here, folks.  Let’s go back to the telephones.  Andy is in South Carolina.  How you doing?

Mike:  I am well, sir, feeling far out, fantastic, solid and right on.  Thank you.

Caller Andy:  I tell you what, if they would have just let the delegates sit, take the vote, it would have been over with and I probably would have held my nose and voted for him.  As it is now, all they did was gain another vote for Gary Johnson.

Mike:  So this is the end result of this interparty fight that you heard on my radio show today and that you may have witnessed on CSPAN or on CNN.  You said CNN was covering it.  Of course they’re covering it.  Of course they want a front row seat for that.  The end result for you is you can’t hold your nose and do the Romney-Ryan thing now and you’re a Gary Johnson guy?

Caller Andy:  That’s what it’s going to be.  If they can’t even play by their own rules, I just can’t vote for them.  It’s just ridiculous.

Mike:  Is it the rule thing for you or is it the lack of respect for the issue of federalism and making sure that you eliminate your competition down the road by top-down rulemaking?  What is it that gets you the most?

Mike:  It is their party after all.  Please don’t misunderstand, folks.  I don’t own the Republican Party, the people that are delegates don’t own it, but you’re supposed to be a participating member when you participate in the process.  So you don’t like the fact that their membership is basically — how ironic is this?  Let me ask you this question.  Let me bring AG on this and ask this question to both of you.  Think of it like this.  When ObamaCare passed, what is the GOP Republican response to it when it came to whether or not the people wanted it, that Congress did not abide or obey the wishes of the people?  Poll after poll showed that people didn’t want this ObamaCare vote yet Congress went and voted for it anyway.

AG:  But they wanted it replaced with something.

Mike:  Well, I’m just talking about in March 2010 when it actually passed.  They would cite the polls and say, [mocking] “People don’t want this.  They’re not paying attention.  They’re not doing what the people want them to do.  They voted for this in violation of the people’s wishes.”  Isn’t that exactly what, or at least it is similar to what happened yesterday?  The majority of the delegates on the floor, or at least a 50-50 split, wanted this floor vote.  They did not want this rule to be changed.  They certainly didn’t want it to be changed in the manner in which it was changed, yet the top-down heavy party did exactly what they accused the Dumbocrats of doing in 2010, if I’m understanding this right.  Right, Andy?  Do you read it that way, too?

Mike:  Interesting.  Thank you very much for your phone call.  Next up is Phil in New York.  How you doing?

Caller Phil:  I’m doing all right.  How are you today, Mike?

Caller Phil:  I’m on the Gary Johnson vote as well.  I watched the CSPAN with my boy yesterday, nine years old.  All he could do is look at me and ask, “What now?  What now?”  I told him, “We’re going to go for Gary Johnson now.”  I played him all the YouTube videos that show Romney being the same as Obama.  You can’t very well go and vote for Romney after demonizing Obama for so long, because they are the same candidate.

Mike:  In all fairness to Governor Romney, I certainly don’t think he is a top-down leftist dictator in the manner that we have witnessed the President be over the course of the last four years.  I don’t think that’s a fair comparison to make.

Caller Phil:  His party was trying to dictate the whole convention yesterday.

Mike:  What they pulled yesterday — I want to go back and play this audio again of John Boehner taking the gavel yesterday and basically taking control of the convention.  I know when you’re Speaker of the House, you’re then, I guess, head of your party because you have the majority leader and minority leader, so you’re the head of the party in your house.  My understanding of the way the RNC works is that Reince Priebus is the actual elected chairman.  Remember a couple years ago they had an election shortly after Obama was elected and Michael Steele was chosen.  They had a big hoop-de-do.  I think it was in Maryland, Baltimore where they had the convention and elected Michael Steele.  Then two years later, they had the second convention and Reince Priebus was elected.  I think Steele did run for reelection and was defeated.  In any event, John Boehner has nothing to do with this.  Why did he have a gavel in his hand?

Mike:  Well, again, I’m going to make the case when we play the Christie audio that this is what the two-party system has now wielded.  You have two parties that are now functionaries of the industry that is politics.  This is a business.  You can’t come here to this convention and not walk away without thinking that you just participated in a business, especially if you’re a businessman.  If you’re a businessman, Phil, and you’ve ever gone to a convention in a convention center, this is exactly what it looks like and how it works, except there are a lot more guard dogs sniffing for bombs and a lot more Secret Service agents at this one when it’s the Screen Printing Association International Convention in Orlando.  Phil, I appreciate the call, sir.

I want to just play this audio one more time for you if you didn’t hear it.  This is what happened on the floor of the House.  I keep saying the floor of the House of Representin’ because I have that image of Boehner standing there, [mocking Boehner] “In the opinion of the chair, the ayes have it.”

Reince Priebus: In the opinion of the chair, the ayes have it and the motion is agreed to.

[Mike: Now this is the vote on the rule change that is basically going to make Mitt Romney, if he’s elected president, impervious to a challenge in 2014 and in 2016, just to be clear.]

[Mike: The other side is shouting “Point of order!  Point of order!”  Now watch, there’s Boehner walking out.  Boehner takes the gavel.  We could do this like it’s a football game.  Here comes the new quarterback on the field here.  It’s John Boehner taking the handoff from Reince Priebus.]

Reince Priebus: We will proceed with the order of business. [gavel]

John Boehner: The question is on the adoption of resolution.  All those in favor signify by saying aye.  All those opposed, no.  In the opinion of the chair, the ayes have it.  The motion to reconsider is laid on the table. 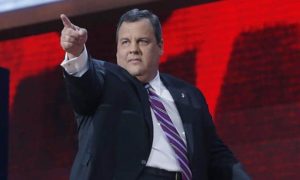