Mandeville, LA – Exclusive Transcript – Professor Clyde Wilson, one of the brightest and most brilliant historian minds around today, has this blog post at Chronicles Magazine. I always enjoy Dr. Wilson’s little rants here.  I thought I would share this one with you today because it’s appropriate, under the title “Forlorn Hopes.”  Check out today’s transcript for the rest…

Mike:  Professor Clyde Wilson, one of the brightest and most brilliant historian minds around today — who blurbed, by the bye, my and Brion McClanahan’s edition of Is Davis A Traitor? or Was Secession a Constitutional Right Previous to the War of 1861? — has this blog post at Chronicles Magazine. I always enjoy Dr. Wilson’s little rants here.  I thought I would share this one with you today because it’s appropriate, under the title “Forlorn Hopes.”  These are all forlorn hopes, meaning you hope for them but you don’t expect anything for them.

The American people ever understanding that government debt does not exist to cover necessary expenditures but to provide risk-free, tax-free income to capitalists. [Mike: Boy, that’s far out, solid and right on.]

American leaders ever understanding the difference between defense and aggression.

American leaders ever understanding the concept of “blowback,” that what goes around comes around.

President, Congress, and Supreme Court acting as if a written constitution actually means what it says.

That any federal lackey who oppresses and murders innocent people will ever be punished.

That the Republican Party will ever effectively halt any leftist objective.  (Though widespread and perhaps partly attributable to wishful thinking, this belief is certifiably delusional.)

That any form of taxation, once adopted, can ever be repealed.

That any bureaucracy, once established, can ever be rolled back.

That an imported population will respect its host. [Mike: That’s a good one!]

That manners and civility once lost can ever be recovered.

That Americans will ever recognize and honour real achievers rather than performers—politicians, athletes, and movie stars.

That Americans will ever re-learn what freedom is and that it is not free.

That Americans will ever recover the knowledge that unborn babies are people too.

Mike:  Clyde Wilson at Chronicles Magazine.  I’d say out of those 12 or 15 or so forlorn hopes, they’re all accurate.  There’s not one that I can disagree with.  I could throw a couple more in there.  Forlorn hope: That people that call themselves conservatives will ever swear off the anti-constitution dope that is the incorporation doctrine.  Forlorn hope: That the American sheeple that call themselves conservatives will ever be citizens of their state first and then citizens of this rotting corpse of a union.  There’s two right there.  Send your forlorn hopes to @TheKingDude on Twitter or [email protected] 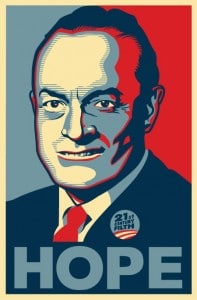