Mike:  What to expect from tonight’s gladiatorial exchange between Bernard Sanders and Hillary Rodham Clinton.  Folks, you may have seen this yesterday.  Mrs. Clinton decided to show up outside the Trump Hotel.  She decided to show up outside the Trump Hotel so that she could join a protest that was allegedly staged by employees of the Trump Hotel, who supposedly, according to Mrs. Clinton, had been clamoring to become unionized all these years.  The only problem with the story is, as the Clinton News Network camera and MSNBC and all the rest of them picked it up, [mocking] “The employees at the Trump Hotel gather in a rally in unison and solidarity” — you ought to hate the use of that word, ‘Muricans, solidarity — “with Hillary.  It was about time the Trump Hotel allowed its workers to unionize.”

I’ve always been fascinated by this.  Let me see if I understand this.  I own a piece of private property.  I build a building on it.  I make widgets inside of it or serve widgets to people that can’t make them or want to eat them or want to consume them or whatever the case may be.  I hire people for this task and agree to pay them a wage.  They agree to take the job and the labor.  Then once they have taken the job, they bitch about the labor and they bitch about what it is they are paid and they try to bring in outside hired guns to bully or extort me into paying them more.  Now we have the political class that aligns with these clowns?  Who would want to get into business under these circumstances?  It was funny, but Trump had to send his son, Eric,

out there to go: Uh, none of those people actually work for us.  Our employees are inside actually serving customers, and they’re quite happy.  You should go interview them.  You would have had to have dug past the headlines and the video coverage, “Mrs. Clinton Storms Trump Hotel, Trump Embarrassed.”  No, he’s not.

Bread and circuses.  It’s all such great high theater.  If you thought the ridiculousness of trying to cram ten or eleven candidates on the stage out in California to answer preposterous questions from equally preposterous questioners via Fox News at the Reagan Library, brothers and sisters, get the popcorn ready.  Wake up granny and spank her on the fanny and tell her the good news.  We got some entertainment to do.  We will cover this circus tonight live on my website at MikeChurch.com.  We will have the audio feed from the Clinton News Network on the Founding Father Films webcast so that you can listen to it with us.  The chat room will be open.  Of course, I’ll provide instant commentary and analysis of the ridiculousness that’s going on on the stage.  I hope that thousands of you will stop by and hang out to witness the spectacle of the panem et circenses spectacle that will be this alleged debate tonight.

Do we have the Trump comments about the Dumbocrat debate tonight, that most people are going to watch it for 15 minutes and then they’re going to turn it off out of boredom?

Paul:  We’ve got a whole bunch of clips.  I’m trying to look through them.

Mrs. Clinton is an imbecilic, not very well educated demagogue.  She has no clue of what first principles and first causes are.  She doesn’t seek them.  She has no clue and seeks never of what ultimate causes are.  She has no devotion to any particular or any definable set of principles other than the sin that is the theft of one man or woman’s wages confiscated from them at the point of a tax collector’s gun and then granted and given to someone that hasn’t earned it.  That’s why she’s in the oligarchy.  There’s not much to see here.  The woman is a horrific example of a demagogue.  At the same time, she’s a walking, talking contradiction.  No, I don’t take her seriously, but I take the threat of Hillary seriously. 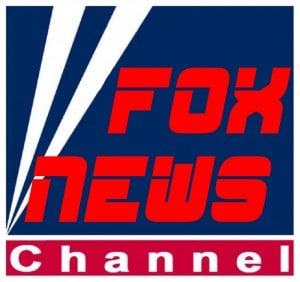 As a matter of fact, I’ve basically promised — this is how some of you can get rid of me — you might get rid of me at the end of this month anyway.  Enjoy me while I’m here.  If I survive that, the election of Mrs. Clinton will certainly presage my journey to the little island of Papa Stronsay off the coast of Scotland where I can join the order of the Alpine Redemptorists and become a monk of the order and enjoy the fellowship and order of Father Michael Mary and company, either that or I’ll move to Malta.  There are places in Europe that look promising: Hungary, Malta, Portugal, Scotland.

So I take the threat of Mrs. Clinton and her demagoguery seriously.  This is a woman who, out of political expedience, not for the sake of a principle, voted to begin the atrocity known as the Iraq War.  Bernie Sanders I do take seriously because he is a serious socialist.  No, I’m not a socialist.  No, I don’t particularly care for socialists.  At least Sanders brings with him truth in advertising.  He tells you: I’m a socialist.  The man goes to Christian colleges and says: Look, thank you for inviting me here.  I’m all for abortion.  Let me explain why.  At least he may perform the signal task of bringing some honesty to the stage.  Check one for seriousness.

Jim Webb, similarly, this was a man that was a former Secretary of the Navy under President Reagan.  He was elected to one term in the United States Senate, quit of his own will and accord.  He didn’t want to serve in public office any longer.  He’s an author.  He’s a pretty interesting character.  You might recall that while he was a U.S. senator, he was busted trying to get on a plane at Reagan National Airport while packing a piece in his carryon luggage.  They went on high alert because they didn’t know it was Webb.  They didn’t know he was a senator.  The TSA goes

ballistic.  Webb is quite a character, in other words.  Webb voted against and opposed the Iraq War.  Actually, he wasn’t in the Senate at that time, but he opposed the expansion of it.  Webb is a serious dude.  You’ve got two, Sanders and Webb.

Link Chafee, not serious.  I’ll let you figure out why after watching him tonight on that debate stage.  Martin O’Malley, the clown, cartoonish governor of the State of Maryland, pray you do no further damage to the use of the term serious than by assigning it in the same sentence — unless you’re saying lack of — to Governor O’Malley.  It should be great fun.  I wonder if the Democrats will be as lustful to bomb the Iranians into submission as the Republicans were.  We know Mrs. Clinton has no hang-up about the use of bombing authority, see: Libya.

In our chatroom tonight, again, we’ll be live all night long during the Dumbocrat debate with an audio feed if you’d like to listen.  What is tonight’s drinking word?  Every time you hear it, you’ve got to take a shot of some alcoholic beverage.  I don’t need the prompt of the drinking word to do so, but I’ll play the game anyway.  Constitution.  If we don’t want to drink tonight because it’s a Tuesday, it’s a safe bet that the word Constitution will not make its way onto the stage in Las Vegas.