Mandeville, LA – Exclusive Audio and Transcript – On the front page of the Drudge Report last night was the story that the Romney campaign is considering Condoleezza Rice for vice president.  Like I said, this means it is the opinion of the Romney camp that President Bush’s foreign policy, with its disastrous wars, this disastrous idea of spreading democracy and shoving it down the throats of every living soul in the Middle East, that that is the way to go. Check out today’s audio and transcript for more…

Mike:  On the front page of the Drudge Report last night was the story that the Romney campaign is considering Condoleezza Rice for vice president.  Like I said, this means it is the opinion of the Romney camp that President Bush’s foreign policy, with its disastrous wars, this disastrous idea of spreading democracy and shoving it down the throats of every living soul in the Middle East, that that is the way to go.  If that’s the foreign policy course for the Romney administration, remember that olive branch I talked about four weeks ago, that it would be nice if after Senator Rand Paul’s endorsement of Romney the governor said, [mocking] “I’ve heard Rand.  I’ve heard you non-interventionists speak.  I hear you.  You’ve got a point.  You’re welcome at the table here.  Let me throw this little bone out here to you.  Give me a frickin’ bone.  Throw me a one over here.”

If Rice is where they’re leaning here, ladies and gentlemen, first of all, I don’t take that seriously.  You cannot possibly be serious.  One of the duties of the vice president is to serve in case the president can’t.  What executive experience, what constitutional experience does she bring to the table?  The second thing is, the greater concern is, what do you know about Ms. Rice other than the aforementioned Iraq War and her advocacy of it?  She’s still defending it?  What do you know about her?  I’m looking at this online poll, which I know is not scientific and means nothing, but nonetheless, 65 percent of the nitwits that are going to the Drudge Report say, [mocking] “Yeah, give us Condi!”  What?

I’m telling you, we’re better off talking baseball, football training camp, NCAA playoff systems and whatever Adrian Peterson is or is not doing today than this.  This is just delusional.  So my vacation begins in about 47 minutes.  Hopefully when I return, it will not be the glad tidings of news that Condoleezza Rice has been chosen as Romney’s VP.  Maybe this is all part of the vetting process.  Let’s leak this out and see how people react.  I would wager the usual “USA!  USA!  American exceptionalism, American imperialism and interventionism is the greatest thing ever” crowd on certain news channels and radio shows is going to love it.  This may be the course.  That’s sad, tragic I would say.

Second item, the budget deficit for this country is $904 billion as of June 30th.  It will hit $1 trillion for the fourth consecutive year.  Your share of what Obama has put on your head is $64,000.  Terence Jeffrey at Cybercast News Service has run the numbers, $64,000 per individual.  This has happened under the aegis and under the umbrella of the U.S. Constitution.  If you were given the choice and told that you could adopt a plan of government and it would only cost you $64,000 every four years, in addition to all the other taxes that they extricate from you, payroll, income, capital gains, gas tax, would you ratify that document?  Would you live under it?  If the answer to my query is no, then I would retort back to you, why are we?

Go to MikeChurch.com.  Look for a book in the library called Rethinking the American Union.  It ought to be the bible going forward.  I don’t purport to know the answers, but I do know a damn good question that ought to be asked, and that is why aren’t we rethinking how we do this?  This is just a train wreck that is going to end in magnificent, horrific tears if we don’t do something about it, folks.  If you think that’s just hyperbole, then you have not read world history.

We are not immune to the forces of history because we are Americans.  Despite what talk radio, despite what magazine publishers tell you, we are not immune to the forces of nature.  If we have our liberty back, I believe we can best and conquer many things in nature and many economic challenges, many political challenges, but we don’t have our liberties back to do these things.  We could probably work these debt and deficit things out in our own little hamlets and states if we were free to do so without being shackled to the leviathan monster that sits on the Potomac River.

But as I speak today, we are most certainly shackled.  See my discussion two days ago about the nascent medical marijuana industry in California, that I thought was going swimmingly.  I learned in the course of my broadcast on Wednesday that I was mistaken and my news was old.  The Feds had gone into California and said, [mocking] “You can’t write your own laws here.  Screw you.  We’re your federal overlord masters and we’re telling you no.”

Think about that for just a moment here.  The states created the Constitution to act as their agent and 232 years later, the Constitution’s forces tell the states what they can and cannot do.  That sounds an awful lot like a big red monster that used to be on the continent of Asia.  There’s something very wrong here, ladies and gentlemen.  It needs to be corrected and it needs to be corrected quickly, otherwise we may suffer that fate, or some other hell forsaken fate.  It’s in our hands to do something about it.  I do not believe that going back to the well where we have gone for the last 110 years is the solution. 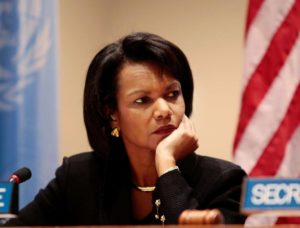 In my opinion, Fox is better because it leans to the right. Having said that, however, only means that it says what I would like to hear, rather than reporting the facts. Fox is appealing to the people that would like to think of an USA we’ve all grew up knowing, we all love, and wish to preserve. Too bad that that USA is already gone. If the government we live under is arming our meat inspectors with guns, what more do we need to know?