Debbie Schlussel On Trump And Conservatism 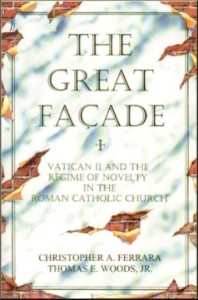 Mandeville, LA – Exclusive Transcript – “I would also say, Debbie, you know me well enough, I put no faith and no credence whatsoever into the proposition that there is a federal solve.  It really doesn’t matter.  I’m almost like a comedian when it comes to this.  To me, it’s going to give people something to crack jokes about and something to talk about, something to complain about, something to be joyous about.”  Check out today’s transcript for the rest….

Mike:  We will say hello to the charming and erudite Ms. Debbie Schlussel from DebbieDoesPolitics.com with this week’s movie reviews, a tradition nine years in the making here on the Mike Church Show.  Hello, Debbie.  How are you?

Debbie Schlussel:  Hi.  Doing great.  Good morning.  Boy, you’ve got me intrigued.  I would like to see what is in that contract about what Howard Stern is supposed to do or not supposed to do in the last –

Mike:  He’s going to deliver to them an internet radio streaming channel.

Mike:  I’ve got to ask the question because you live near there.  Have you sampled the water in Flint, Michigan lately?

Schlussel:  No, I haven’t.  I want to say that this is not your typical liberal-conservative kind of thing here.  I’ve had a lot of conservatives attacking me because I blamed our liberal RINO governor, Rick Snyder, but he is to blame for a good portion of the water.  The reason why is he’s the one that appointed an emergency manager over the city.  The emergency manager, who reported only to him, was the one that made the decision to switch off of the clean water to the Flint water, which had corroded lead pipes, chemicals in it, to save $2 million.

At the same time, this same governor, Rick Snyder, was busy spending a lot of money that could have been used for safe water for Michigan citizens in Flint on bringing more Muslim immigrants to Michigan.  Nobody really notices because he was the first governor to say: Hey, maybe we better stop having Muslim immigrants.

He’s also the governor who said to Obama: We want to apply for an exemption so that we can have more Muslim immigrants than the cap of 4500.  He was really big on this.  He’s been touting it for years.  He’s spending money on it.  He set up in the Michigan Department of Civil Rights a special Office of New Citizens, which is his office to encourage more immigrants to come to Michigan.  That money could have been used to keep them on the clean water.  I’m not singing Rick Snyder’s praises or defending him.  He is horrible.  He’s a big-government guy.  He’s not a conservative.

I just wanted to say something about Jim that just called in.  I’ve got to tell you, Mike, I’ve got to agree with Jim.  I don’t know that Donald Trump has an originalist advising him.  I think Donald Trump is willing to glom onto anything he can in order to win the election and to win the primary and the GOP nomination.  He knows that the Ted Cruz Canada thing is something he could use against Ted Cruz, and I think that’s why he did it.  I don’t really think Donald Trump has a position on much of anything.  I think he sticks his finger in the air.

As far as his thing about illegal aliens not being citizens under the Constitution and how they shouldn’t get birthright citizenship, I agree with that position, and I know you do, but when he was questioned about it by Bill O’Reilly, he couldn’t really give any specifics.  He made all of us look like idiots when our position is the lawful one, the one that’s based in the Constitution.  He just didn’t know what he was talking about.  I think he’s just saying whatever he thinks is going to get Tea Party votes and is going to hurt his competition.  In Iowa the closest guy is still Ted Cruz, who before all this was beating him.  I kind of agree with Jim.  I don’t think he’ll be the same as Obama, but I think he’s not going to be what everybody thinks.  I think the problem is track record is everything.  Donald Trump doesn’t have a track record because he hasn’t been in office.  If you look at his past, he was a liberal.  I agree with this guy.  I think Donald Trump is a great unknown.  I think it’s going to be a huge shock to a lot of us, if he does get elected president, what he’s going to 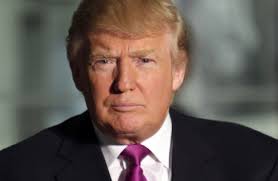 do.  That said, I would still vote for him if he got the nomination.

Mike:  We don’t have the possibility of knowing this for another year, almost to the day.  So, 364 days from now we might find out.  I would also say, Debbie, you know me well enough, I put no faith and no credence whatsoever into the proposition that there is a federal solve.  It really doesn’t matter.  I’m almost like a comedian when it comes to this.  To me, it’s going to give people something to crack jokes about and something to talk about, something to complain about, something to be joyous about.  Fixing civil society – today is the 43rd anniversary of Roe v. Wade.  Under the Trump presidency, will this be the last?  No.  Will we see the 44th?  Yeah.  45th?  Yeah.  46th?  Yeah.  47th?  Yes.  I hope I’m wrong.  I pray that I’m wrong, but the solution is not going to come from the ten mile square, as Patrick Henry called it.

Schlussel:  You’re definitely a realist.  Believe me, I know you hold no illusions about any of these people.

Mike:  I do find all of them fascinating as humans, as fellow citizens.  I find there’s something to love about all of them.  There are things that I wish they wouldn’t do and they would refrain from doing and apologize to people for having done, just like you and I do.  They’re all fascinating men and fascinating women.  I’m not totally removed from it.  As a solution, it’s not coming from anyone that’s on either of those two stages.

Mike:  Just imagine this for a moment.  Let’s play pretend.  I still stand by what I said on the old station in the old country about Mrs. Clinton.  She is safe.  All these people say, [mocking] “Hillary is going to go down.”  No, the only way Hillary goes down is if Obama says she goes down.

Mike:  Obama is the one that’s going to have to tell the attorney general: You guys just have to get out there and indict her, bring her to justice.  It’s Obama’s decision.  Ultimately, whether Hillary is the nominee is all up to Barack Hussein Obama right now.

Mike:  He wants the hundreds of millions of dollars that the Clinton Foundation has.  He wants to go and speak on their circuit.  Again, it’s great entertainment.  It’s great to think that she’ll actually go to Leavenworth and break rocks with a ball chained to her leg.  I love the image that that creates in my mind.  The only way it happens is if President Obama says it’s going to happen.  Short of that, it ain’t gonna happen.  Don’t kid yourselves, folks.  Those of you that are convinced Hillary is going to jail, she’s not unless Obama says so.  End of story.  That’s the only way it’s going to happen.

Just imagine the race between Trump and Mrs. Clinton.  She is so shrill and she is incapable of charming anyone.  He is.  He is.  Can you just imagine the barb trading?  Look, we’ve already descended beyond the gates.  We’re already inside the gates of Hell and we’re on the road to perdition anyways.  We may as well be entertained by it.  I think this would be the most entertaining three months in modern American political history.

Schlussel:  I agree with you.  I have a question, Mike, since you are a wordsmith and a very knowledgeable, scholarly person.  What is the name for the antonym of aphrodisiac?  That’s what I think of when I think of Hillary Clinton, and I think that’s what most people think.  When they hear her voice – you said shrill.  She definitely is that in spades.  I think she’s the antonym of aphrodisiac, for men, and to me, to straight me.

Schlussel:  She’s that.  I think she reminds every guy that had a very bad divorce of their first divorced wife.

Mike:  I don’t know what she is for women other than what – here’s a great trivia question.  What did Newt Gingrich’s mother call her?  Remember that?  She leaned forward and told her –

Schlussel:  She said: We’re all rich.

Schlussel:  I totally forgot about that until you just mentioned it.