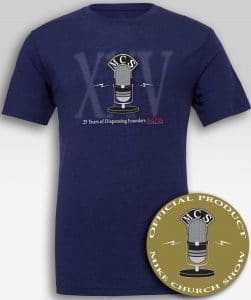 Mike:  Back to the alleged healthcare bill that is actually a tax bill.  This is Peter Suderman writing:

It wouldn’t fulfill President Trump’s campaign promises to provide coverage for everyone or to reduce premiums and deductibles. It doesn’t even fulfill the Republican Party’s goal of fully repealing Obamacare: It leaves many key insurance regulations in place at the federal level . . .

Republicans have consistently had difficulty making the case for the bill on health policy merits. It’s not even clear that most House Republican lawmakers know . . .

It’s not even clear that most House Republican lawmakers know what’s in the legislation. “I don’t think any individual has read the whole bill,” Representative Tom Garrett of Virginia said.

How could you read the whole bill?  If somebody handed you a book that was 1500 pages long and said: Read this.  You’ve got two days to read this.  If somebody handed your kid a book in school and said: Junior has to read this.  He’s got two days to read it, and then we’re going to have a test on it.  It’s going to count for 50 percent of his grade.  What would you say?  You’d say: Teacher, there’s no way anyone can read 1500 pages.  This is an assignment that can’t possibly be done.  Can he just skim it?  The reason they haven’t read it is because they know what it is; it’s a tax cut bill.

Because it cuts taxes – especially for the top 20 percent of earners – and so sets up the broader tax reform legislation Republicans hope to pass later in the year.

Mike:  Again, we have a tax system.  All that’s going on here is tinkering around the edges.  The good ship America, Titanic, is still sinking.  It’s going to go to the bottom of the sea of red ink.  It’s going to sink.  All the Trump administration is doing, and all the Republicans are doing, is rearranging the deck chairs.  This one actually violates a campaign promise.  The reason we played the audio clip at the start of this segment is to illustrate that the president says this is a fulfillment of the campaign promise, and it’s not the fulfillment of the campaign promise.  Business as usual, citizen.  Nothing to see here.  Citizen, you will obey your federal overlords.  You know what?  Since the president is a real estate magnate, a real estate mogul, if you will, we could call him: Citizen, you will obey your federal landlords, citizen.  They know what’s best for you.  Somebody joked in the chatroom, “Members of Congress know how to read?”  They can read.  They don’t know what to do with the knowledge they acquire when they read, but they can certainly read.

To understand how this might work, it helps to understand a little bit about Senate procedure.

The Senate effectively requires 60 votes to pass most legislation, but Republicans hold only 52 seats. However, Senate rules allow for the passage of certain types of legislation using a process known as reconciliation . . .

But that process comes with conditions. There’s a ticking clock; the reconciliation instructions that allow for the passage of the health care bill expire as soon as the next budget resolution is introduced. And the process does not allow for the passage of legislation that raises the deficit outside the 10-year budget window via a simple majority. 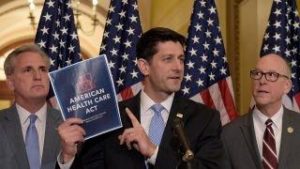 This, for example, is why tax cuts passed under President George W. Bush in 2001 were set to expire after a decade. For tax cuts to be permanent, they must be deemed “revenue neutral.”

Mike:  You see what we’re learning about our precious and mighty and magisterial federal government today?  All the great nuances about what it can do and what it does and how it’s done and how it’s made permanent all these things.  Again, here’s the solve to this.  The solve to this is to withdraw as much connection, secede if you will, from as many instances in dealing with the monstrosity as is possible while working to form our own mainstreams.  That’s what has to be done.  Otherwise, this is just entertainment here today.  Heck, I could go get the sports pages and read something to you that’s going to be as edifying as what I’m reading here.  But people want to know.

By the by, the French elections were this weekend.  The status quo won, which has all of official Europe celebrating.  It has the cleptocrats in Brussels celebrating that the revolution has ended.  It ended with Brexit.  Folks, that’s not the case.  I’d like to talk to somebody about that.  I tried to get our European correspondent, Iben Thranholm.  I wasn’t able to get in touch with her but I’ll continue the effort.

That is where the American Health Care Act comes in: It would eliminate roughly $1 trillion in taxes used to pay for the additional spending in Obamacare. As a result, it would significantly lower the federal government’s tax revenue baseline. The baseline is an important figure in congressional budgeting . . . [Mike: We would be all in favor of this, but it comes with strings attached.]

The trick, then, is to make the health care bill’s tax cuts part of that baseline by passing them into law before a tax-reform package. This would provide Republicans with far more room to permanently cut taxes later in the year. In short, Republicans would be able to devise a tax bill that collects about $1 trillion less in revenue but that would still qualify as revenue-neutral under Senate procedure.

This is why Republicans put health care reform at the top of their agenda. Without the bill to reset the federal government’s baseline tax revenue, Republicans would be much more constrained when it came time to overhaul the tax code.

Republicans have often struggled to recommend their health care plan on its own terms. Representative Dave Brat of Virginia, a member of the conservative House Freedom Caucus, called the initial version of the bill “dead on arrival” . . . [Mike: Isn’t Brat the guy that replaced Eric Cantor? I believe he is. Isn’t Brat supposed to be one of these that’s cut from the new cloth? They’re not supposed to be playing by the old rules.]

But Republicans have consistently promoted their health care bill’s advantages as a tax cut and a setup for tax reform. After the House’s passage of the bill, President Trump said it “really helps” to get the biggest tax cut in the nation’s history.

In March, for the earlier version of the bill, Speaker of the House Paul Ryan explained the need to move quickly . . .

The desire to set up tax reform is not the only reason Republicans pushed forward on the bill. Many were motivated by a desire to make good on a promise to repeal a law that they had spent years opposing.

But the focus on tax cuts explains why they were so eager to move on an unpopular bill that they had not read and struggled to defend or even describe. And it explains why the bill is so poorly conceived as health policy.

Mike:  In other words, it’s not a repeal bill.  It’s not even a replace bill.  It is nothing more than a Trojan tax horse.  When you’re $220 trillion upside down in long-term unfunded liability commitments, does it make any sense to remove $1 trillion per year that you were ostensibly going to collect?  [mocking] “Mitter Church, are you for taxes now?”  Of course I’m not.  You also have to be for what David Simpson calls financial sanity.

Let me demonstrate something to you again, of why this is a ginormous, steaming crock of you-know-what.  If the goal of cutting $1 trillion in taxes was to cut $1 trillion or more in spending, now we’re talking something.  If that were the goal, and if that were what they were trying to do, I’d say: Yeah, that’s exactly what they should do.  That’s not what’s going on here.

The Senate may rewrite the bill, but it’s difficult to imagine a version in which most of Obamacare’s taxes are left in place. Remember the primary debate moment in 2011 when all of the Republican presidential contenders said they wouldn’t trade $1 in taxes for $10 in spending cuts? The principle applies in 2017: Tax cuts are the one thing every Republican agrees on.

Have you tried the all new Veritas Radio Network yet?  You can listen to the Mike Church Show LIVE weekdays 6-10am CST.   The show is easier to access than ever before.  But Veritas Radio isn’t JUST Mike Church, try the exclusive shows by Brother Andre: ReConquest, David Simpson’s True Money, Reverse Deception with Gregory Carpenter, CRUSADE Channel News with Celeste Youngblood, and The Constitution Hour with Kevin Gutzman.  Help us continue our search for TRUTH by signing up for a Founders Pass Membership today!

To be clear, I believe there are good reasons to support both cutting taxes and reforming the tax code. But I also think Republicans often do themselves a disservice by prioritizing those goals above all else.

It is not hard to imagine, for example, that if the Republican bill becomes law in something like its current form, and the exchanges melt down, disrupting coverage for millions in the process, that the result will be calls for further government intervention – for bailouts and, if the system collapses into complete chaos, movement toward a government-run public option, or single payer . . .

That’s why tax-focused supporters of the American Health Care Act should be wary: It is not only flawed as a health care bill. In the long run, it is flawed as a tax policy plan, too.