Mandeville, LA – Exclusive Transcript – This brings up and shows just how out of kilter and out of whack the entire process is and how it is basically impossible to do what you just said you want to do.  All we have to do is look at Arizona, Texas, and Alabama as recent examples.  You can’t go after the employer because a federal court will interdict and say you’re violating their constitutional rights, whatever the hell that is, or that you’re violating the prerogative that the national legislature has to control all these things.  Check out today’s audio and transcript for the rest…

Caller Mike:  How you doing, Mike?

Caller Mike:  I wanted to say is we have the sequester looming and all the people for more spending.  There’s a major social issue there with people not understanding, outside of your listening group and people of like minds.  I think one of the major issues that’s really bothering me and could get swept through is immigration reform.  If that goes through the way that little party over there has been working on, granting amnesty to however many illegal immigrants we have in the country, 11, 20, 10 million, who knows that number, that could cause a major issue.  I was trying to conjure up — I like the word you just used, ingredient — a bunch of ingredients and put them together and try to do the part I can to propose some type of bill to Congress to have it passed.

If you’re hiring an illegal immigrant, it would be illegal and they would have to pay a fine.  If they don’t want to pay the fine, they’d have to go to court and maybe sponsor the people they’re hiring.  If they trust them so much with their business, they would trust them so much to sponsor them, and therefore be responsible for them.  It’s just a thought.  I want to really work on it.  I’m going to try to see an email to you and have you go over it with red ink.  I’m going to talk to some local police officers, a many people as I possibly can, to try to work something out on that.  I’ll see if I can get some of your thoughts.

Mike:  What do you want to do with immigration, Mike?

Caller Mike:  What I’m trying to conjure up is — obviously amnesty is not even a thought.  I’d like to see something more along the lines where you go directly after the employers of the illegal immigrants.  Let’s say you get a person who employs — I live in New Jersey and they’re all over the place.  They have landscaping crews — 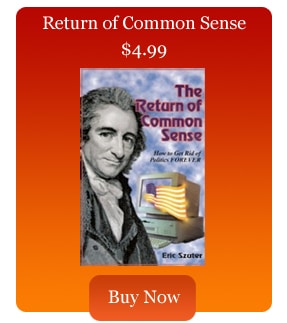 Mike:  So go after the employers.  You and Andrew Gruss are in similar company because he wants to go after the employers, too.  This defies a federal solution here.  This brings up and shows just how out of kilter and out of whack the entire process is and how it is basically impossible to do what you just said you want to do.  All we have to do is look at Arizona, Texas, and Alabama as recent examples.  You can’t go after the employer because a federal court will interdict and say you’re violating their constitutional rights, whatever the hell that is, or that you’re violating the prerogative that the national legislature has to control all these things.

The way this should work under the actual federal constitution as ratified in 1788 is that the State of New Jersey cannot be compelled by the national legislature to be forced to hire or admit into their presence any alien friends.  I said alien friends, meaning they’re people that are invited in to work or furlough or educate.  They don’t have to if they don’t want to.  That’s a total voluntary effort.  There is nothing in the federal constitution that says the general government can force a state to admit Frenchmen, for example, to us an example that would have worked in 1788, or to admit Spaniards or Italians or Prussians.  A state would do that of their own freewill and volition.  Therefore, if a state would choose that they don’t want illegals or they don’t want alien friends in their midst, they can expel them.  There’s no federal force on Earth that can stop that.  That is entirely under the jurisdiction of the state.  That’s how it’s supposed to work.

What you would do in New Jersey is your legislature would pass a bill that would say any business in the State of New Jersey that is caught hiring an alien friend will pay momentous fines or suffer jail time.  Then you would enforce it.  It’s pretty simple.  Notice I used the term “alien friends” because we are not at war with Mexico, last I checked.  We’re not at war with any South American power that I’m aware of.  They’re not alien enemies, they’re alien friends.  Until such time as we have declared a war against — this is the law of nations, folks.  This is not me speaking.  This is how this has always been.  Until such time as there is a declared war, peoples of most countries are alien friends.  Like it or not, that’s what they are.

If you want to get rid of them, the mechanism to get rid of them was left to you under the federal constitution in your state, and the states did this.  This is part of the historical record.  I’m not making this up.  This is my job, people, to research this.  That is the proper course of action.  So if the State of New Jersey doesn’t want alien friends working for cash and undermining those that are working under the rules and laws of the Garden State, make it illegal and go after the employers.

AG:  Mike, what do you think about Janet Napolitano?  Yesterday she was brought to the White House press conference.  Is she trying to scare the American public into trying to force Congress to make a deal on sequester by talking about how immigration will be less enforced or they won’t have the agents necessary to investigate it at the same level if sequestration goes through?

Mike:  Of course she’s trying to coerce people into doing the things she wants them to do.

AG:  Does that play on the stereotypical GOP voter which is so anti-immigration or anti-illegal immigration?  We could parse words in the description, but the stereotype that immigration is one of the hot topic issues for Republican voters.  By scaring them with this quote we’ve got, does it try to play on those emotions and have those Republican voters go to their members of Congress and say: You’ve got to make a deal; we can’t have less immigration enforcement if sequester goes through.

Mike:  I suppose that could be the motivation behind that, even though the border patrol agents will tell you they’re not the most wildly, lavishly funded federal agency out there.  They basically don’t have the funds or resources to discharge most of the duties the American public believes they have been charged with.  Scare tactics, yes.

If interested, please contact us immediately, as very few applications will
be accepted under this program with a submission deadline. You can email us
at [email protected]