Mike:  I asked the question last hour, as we talked about celebrities that are under the age of 25 that have not demonstrated themselves to be publicly deranged just yet like Miley Cyrus, Lindsay Lohan, Amanda Bines.  What guys can we add to that?

AG:  I was going to say Ryan Gosling was in the Mickey Mouse Club with Britney Spears and Justin Timberlake and hasn’t gone off the deep end, although he’s been a celebrity now for 15 years and made some pretty good movies.

Mike:  He has.  He still shows up at his interviews on time, still wears a nice suit and tie.  He’s probably out of the 25-year-old bracket.  We had Taylor Swift, Miranda Cosgrove, Hillary Duff and Haley Duff.  Haley is the younger sister.

I know I’m not the first person to bring this up.  I think I may be one of the few that brings it up from the point of view that this is not a cultural exercise.  As I said, we don’t have a culture any longer, not writ large.  We have an anti-cult.  A cult is something you organize around.  It is almost always organized around a religion.  This is not organized around a religion unless dollars are the religion, or unless bling is the religion, or whatever the terminology is.  This is organized around radical autonomy, dubious self-promotion.  There is no humility.  It’s all about vanity.  As a matter of fact, I would say the more vain and less-than-humble that you are, the more dollars we are going to throw at you and reward you with as a result.  That is not a society that is trying to reward the good and the virtuous and those that would follow any path you could call traditional or that you would call ladylike or gentlemanlike.  I don’t think gentlemen appear in the middle of a love song hurling and screaming expletives, then making big noise with the expletives, and using them, as I said, with impunity.  Where is the desire to have a different form or a more pleasing, soothing form of music blaring out over our speakers today?

Mark Steyn wrote the best piece that I’ve ever read about this, about the anniversary of Allan Bloom’s, The Closing of the American Mind and the chapter in Bloom’s book about music.  You said the musician used to be the guy that was in the position of challenging the status quo and pushing the envelope and all that.  As I said, there were some, but music is also something, going all the way back 8,000 years of human histories, on all those cave paintings, on all the hieroglyphics, on everything we have throughout the history of the human race, the written history, the historical record, we find musical instruments.  I don’t believe they had those musical instruments to offend and encourage profanity.  I think they had those musical instruments because they were pleasing and soothing and provided a getaway, an escape, a moment of solitude when you weren’t running from lions and tigers and bears, when you weren’t ducking snakes in the Amazon jungle, when you weren’t being pursued by a bunch of marauding Mayans who wanted to cut your head off.  In other words, music was part of the goodness.

Where do we have classical music today?  Our operas are fading.  Nobody goes to an opera anymore.  I must confess, I haven’t been to one.  Where’s our symphony?  Few people go to the symphony anymore.  That’s considered old, aged, and fuddy-duddy.  What’s wrong with the symphony?  My daughters are always making fun of me because they get in my car and I’ve got Sirius 76 on, right around there, the jazz channel or the classic channel.  I actually like that stuff.  I don’t just listen to it because I’m trying to get them to listen to it.  I actually enjoy it.  As a matter of fact, I can’t listen to news most days anymore.  I don’t want to listen to any more news.  I’ll let Andrew watch it and tell me: Man, you should have seen who was on CNN last night.  Okay, fill me in.

AG:  You missed McCain saying he wants to take his shirt off.

Mike:  I missed all that greatness while I was driving around listening to Chopin.  Folks, the only way to fix the anti-cult is, number one, you have to restore the desire and you have to restore the devotion to the transcendent.  I’m sorry to rain on your parade, but politics will not fix any of this.  Laws and rules will not fix any of this.  This is a job for the man upstairs.  Only he can fix this, but we have to ask him to fix this. 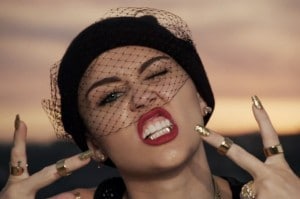 0Shares
classicscommunitycultcultureGentlemanhuman historyMark SteynmoneymoralsmusicreligionsocietytraditionTranscendentvaluesvirtues
Previous PostMike’s Speech to LPAC: How An Ass & The Founders Solve The Leviathan’s War Against A Free PressNext PostThe Education System Should Not Be Compulsory Or Public