Mandeville, LA – Exclusive Transcript – Anything that happens inside Mordor that is not for the glorification of Mordor, Milbank is one of these guys that thinks it’s wrong, that includes speeches about deconstructing government e.g. the military by one Rand Paul.  He can’t figure out why people won’t just accept what he and all those East Coast elites, all the greatness and goodness that they want to do for us on our behalf.  They’re just trying to help.  Check out today’s transcript for the rest…

Mike:  There is Dana Milbank at the Washington Compost — I mentioned this briefly earlier — “Rand Paul is more like father after all.”  AG, you remember when Ron Paul had Thomas DiLorenzo testify in front of the House Banking Committee or House Finance Committee.  Milbank had written about what a kook Paul was and what a nut job Professor DiLorenzo was because Mark Potock at the Southern Poverty Law Center had said that DiLorenzo was a kook, and besides, he had written a book that was critical of Lincoln.  How much more evidence do you need that someone has lost their marbles than they have dared to say a cross word against St. Abraham?  Do you remember that?

AG:  We had DiLorenzo on that morning, yeah, before he had seen the editorial.

Mike:  He hadn’t even read it.  That’s how on the ball we were.  I guess my point is that Dana Milbank, anything that happens inside Mordor that is not for the glorification of Mordor, Milbank is one of these guys that thinks it’s wrong.  He can’t figure out why people won’t just accept what he and all those East Coast elites, all the greatness and goodness that they want to do for us on our behalf.  They’re just trying to help.

AG:  Where would you put in correct / incorrect the criticism that Milbank — there are some snarky remarks in terms of the length of Rand’s speech and he wanted to speak and get it over with, didn’t stick around for questions.  I guess the more substantive comments he made regarding the intervention and whether or not there would have been any conflict over the past, I think Milbank mentions 20, 30 years, it’s somewhat a sense of opinion in terms of whether or not you would have intervened, but where do you put the context of what Rand said in terms of no intervention in any foreign land over the past 20 or 30 years?

In fact, the only military intervention Paul explicitly supported in his speech was attacking al-Qaeda in Afghanistan — a conflict even his father voted to authorize. Later, in a conference call with reporters, I asked Paul whether there was any other military intervention in the past 30 or 40 years he would have supported. That left a wide range of possibilities — Vietnam, Panama, Kuwait, Somalia, Haiti, the Balkans, Iraq, Libya — but he declined to name one. The apple, it would appear, doesn’t fall far from the tree.

Mike:  What exactly is his dig here?  There’s not a one of those on that list that was justified.  We weren’t threatened by the Kuwaitis, by Saddam’s invasion of Kuwait.  That’s the stress talking, man.  You really think that California was going to be attacked by Saddam’s army because he invaded Kuwait.  Puh-freaking-lease.  Vietnam, I think it’s probably universally agreed what an absolutely tragic error in judgment that was.  You don’t even have to talk about the enormous loss of life that an entire generation — hell, it changed the world, Vietnam.  Panama, what was that for, because we needed a new bad guy because the Soviets were about to fall so we had to invent somebody and go into Panama and get Manuel Noriega or Daniel Ortega?  I may be conflating Panama with Nicaragua.

Somalia, what were we doing in Somalia?  Have you ever seen the movie Blackhawk Down?  Did that look like an operation gone well?  We’ve got to get in there and get this warlord.  He’s interrupting our supplies.  What?  We were supposed to be there for humanitarian effort but this warlord was in there and he was stealing the beef we were dropping to Somalis.  This is the reason for our intervention.  No one authorized this.  Congress never authorized a military strike, that I’m aware of, in Somalia.

Haiti, what about Haiti?  Maybe if we’d stopped embargoing their sugar, maybe if we’d stopped subsidizing ours and allow the Haitians to actually enter the market for sugar in the United States, maybe they wouldn’t have needed our help.  How do I know that?  Because I know Professor Kevin Gutzman, who on this very program talked about how we subsidize sugar here, tariff the bejesus belt out of it when it comes from Haiti, therefore all that sugar that’s in Haiti is basically worthless because of the United States and our agriculture policies and our tariff and trade policy.  The Balkans, that was Bill Clinton’s war of choice.  We had no business there.  The United States was not threatened.

As a matter of fact, when you hear these neocons droning on endlessly about [mocking] “Our American interests are threatened in Mali.  American interests are threatened in Yemen.”  Is there a square inch on the face of the G-darned planet that an American interest is not threatened?  Lindsey Graham can find a threat next to Santa Claus’s castle in the North Pole.  Iraq, you want to throw Iraq up?  You mean the weapons of mass destruction crusade?  You mean the 4,600 tragically killed souls, the 35,000 maimed and wounded?  For what?  You can’t even travel in Iraq if you’re an American citizen today without an armed guard.  Wonderful intervention.

So Milbank, I guess, approves, like Graham and McCain and all the rest of them.  This is why the options here on the table are so clear but so few will see them.  I don’t see that “s” word laying there.  That’s not an option.  Oh, it’s not?  You no longer desire to participate in the butchery and tyranny and tragedy.  You no longer desire to see your children have debts piled on their head they cannot possibly repay.  Lord knows what happens when the debt collectors come.  If you no longer desire to see or live under a currency that is fake, that is basically counterfeit and is ultimately going to crash and take down most of your possessions with you, what are you to do?

There are remedies for this.  There are historical remedies that have been used.  We used one in 1776.  Wise people tried to use one in 1861.  But that’s not on the table.  That’s only available to Soviet Union republics.  Only the commies can use secession.  Boy, isn’t that a wonderful statement of how free we are.  Only communists in Russia can secede.  I so love the freedoms that we have here, don’t you?  Ri-freaking-diculous. 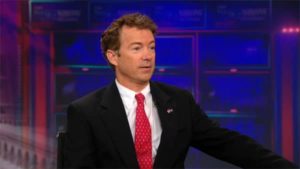