Mandeville, LA – Exclusive Transcript – Talk for a minute if you will about — number one, folks, get a copy of David’s book.  It’s not expensive.  It’s in paperback, Financial Sanity.  It’s in the Founders Tradin’ Post or you can go to his website.  I was inspired when I read this and I told the audience about it.  I said: Let me just get David in here to explain this.  We don’t use insurance the proper way anymore.  We view insurance now as something that it was never intended to be.  Explain.  Check out today’s transcript for the rest…

Mike:  David Simpson is here with me.

Mike:  Hi, David. We’ll have David to talk to here for the remaining hour of the program.  You read the story about the rancher in Nevada, right?

Simpson:  Oh, yeah.  That’s a good one.  Nothing like a little bull you-know-what.  It’s about cows, right?

Mike:  Somebody sent me an email and said that the stupid turtle they’re allegedly protecting actually eats the cow patties.  The turtle actually gets some of its food from the cow.  What’s going to happen if you remove all the cows?  It is wonderful what our magisterial government does on our behalf, isn’t it?

Simpson:  And then they confine us to arguing a certain way and constricting us to quarters and whatever else, and all that’s freedom.

Mike:  Yeah, right, sure it is.  I want to go to the phones and then we’ll get into a little bit of financial sanity.  You’re going to tell the audience a little bit about self-insuring.

Simpson:  A little bit, sure.

Mike:  And about why we use insurance.

Simpson:  And we use it wrongly right now.

Mike:  We use it totally inappropriately, but we’ve been instructed by our federal overlords.

Simpson:  And what’s strange is we fear letting it go.  We’re so addicted to it, we believe we can’t let it go or else we’re committing some crime against our family.  You inspired me.  Last week you called me and told me about this guy you had on the show, a doctor, I think, from Oklahoma that started his own hospital.

Mike:  Dr. Keith Smith.  The Surgery Center of Oklahoma is what it’s called.

Mike:  A lot of people are thinking about moving to Oklahoma.

Simpson:  Ever since the Oklahoma City bombing, there’s been this pushback against the Feds because they felt like there was a big scandal going on with the way that was investigated and handled.  Oklahoma literally has been on the cutting edge of the freedom movement, I think.  I’m joking and probably not moving to Oklahoma.  This is my home.

Mike:  We need you here.  You’ve got to stay here and fight with me.

Simpson:  But if I had to pick another state, I think Oklahoma would be high on the list, and for reasons like this, this entrepreneurial spirit, this idea that we’re going to push back against the Feds and run our state like we see fit.  I don’t think that’s Oklahoma-wide, but there is a strong insurgency going on there and it’s very good.

Mike:  There most certainly is.  Talk for a minute if you will about — number one, folks, get a copy of David’s book.  It’s not expensive.  It’s in paperback, Financial Sanity.  It’s in the Founders Tradin’ Post or you can go to his website.  You have the eBook version, too.

Mike:  You have a whole chapter in there — I was inspired when I read this and I told the audience about it.  I said: Let me just get David in here to explain this.  We don’t use insurance the proper way anymore.  We view insurance now as something that it was never intended to be.  Explain.

Simpson:  Well, I’ll read the first line of that chapter.  “Insurance is for catastrophes.”  If you take that thought and start meditating on it, you’ll realize we don’t use insurance for catastrophes anymore.  We use insurance for anything.  We don’t want to feel one ounce of pain in our entire life.  I can’t have a fender bender and just say: Don’t worry about it, I’ll just pay $500 to have the bumper replaced.

Simpson:  This is so true to form.  All the way down into my own household, when I decided I’m going to get out of the health insurance, not business, but my own application, in other words I’m not going to have health insurance, my wife is fighting me.  [mocking] “But we have to be covered.  What about the children?”  It’s like you are pulling off your own leg or something if you get rid of an insurance policy.  When they start raising the rates from $600 a month to $800 a month to $1100 a month to $1500 a month, when does it become, not just cost-prohibitive, but just plain stupid?  I never go to the doctor.  I was paying I think $1100 a month when I finally said I’m done.  All we’re doing is we’re bidding up the cost of healthcare.  In other words, the insurance companies, everybody thinks, has this big pool of money, that Medicare and Medicaid and government has this big pool of money.  So what do the doctors do in response?  Golly, you’ve got so much money, I think I’ll bill more.  We’re talking about costs in healthcare about four or five or six times the amount it actually should be.  If you try to self-insure, you can’t do it, or at least everyone’s made to believe you can’t do it.  You have to buy one of the policies.  Get into a health maintenance organization.  I say baloney.

Let’s reevaluate this thing.  Let’s go back to what everyone told us insurance was for, which is a catastrophe.  Let’s say that we expect, out of 100 people, two people are going to have their house burn down.  Fine.  So we’ll all pool our money to pay for casualty insurance on our home.  But the idea that you’re going to have insurance on changing the wiper blades on your cars is just out of whack.  There’s something wrong with that type of casualty insurance.  That’s where I’m going.  It’s hard.  I get clients in my office all the time and they say: Golly, David, everyone else is doing it and I don’t have the money.  If I do have one of these calamities, you say build the money to handle the calamity.  We have the conversation.  Like I said, it’s a very long trek.  Nobody can jump from being in the system to completely out of the system, but I think you’ve got to start marching that direction.

Mike:  Can you pool your resources together with other people in a self-insurance pool?

Simpson:  You can.  What I tell people is you need to look at it on two levels: personal responsibility and pooled responsibility.  The personal responsibility item is simple.  You say:  How much money do I think I need to handle the general emergencies in my life?  Everyone’s are going to be slightly different because of different levels of income and lifestyle.  Let’s just use a round number.  If I had $10,000 or $15,000 in a bank account, I would tell you to put it in your be-your-own-banker account.  If you had $10,000 or $15,000, that’s going to handle the broken legs and fender benders and so on.  Then you start looking for those places that you can have pooled money.

What is pooled money?  It could be insurance.  It could be you go to your favorite insurance company and say: I’ll pay you x-dollars to be my pool of money.  I would actually recommend against that.  I think the insurance industry has gotten destructive of the end they’re trying to accomplish, which is handling larger catastrophes.  They’re making the catastrophes worse, in a sense.  I’ve been looking for places.  Just in the healthcare arena, there are thing called Medi-Share plans.  All you’re doing is agreeing, with people around the country, that we’ll all send someone money if they have a larger-than-expected healthcare issue.  Every month, I send $350 or thereabouts to somebody around the country I don’t even know because so and so had his gallbladder removed and it was a $10,000 operation.  I send $350 of the operation and so do 15 other people around the country.  I send a card and a prayer and say: I hope you’re better.  Good luck, God bless.  That’s the end of it.  They’ll do the same thing for me.

Mike:  This is legal under the Affordable Care Act?

Simpson:  It has been exempted.  If you get in a Medi-Share plan, you do not have to go into the exchange and sign up. 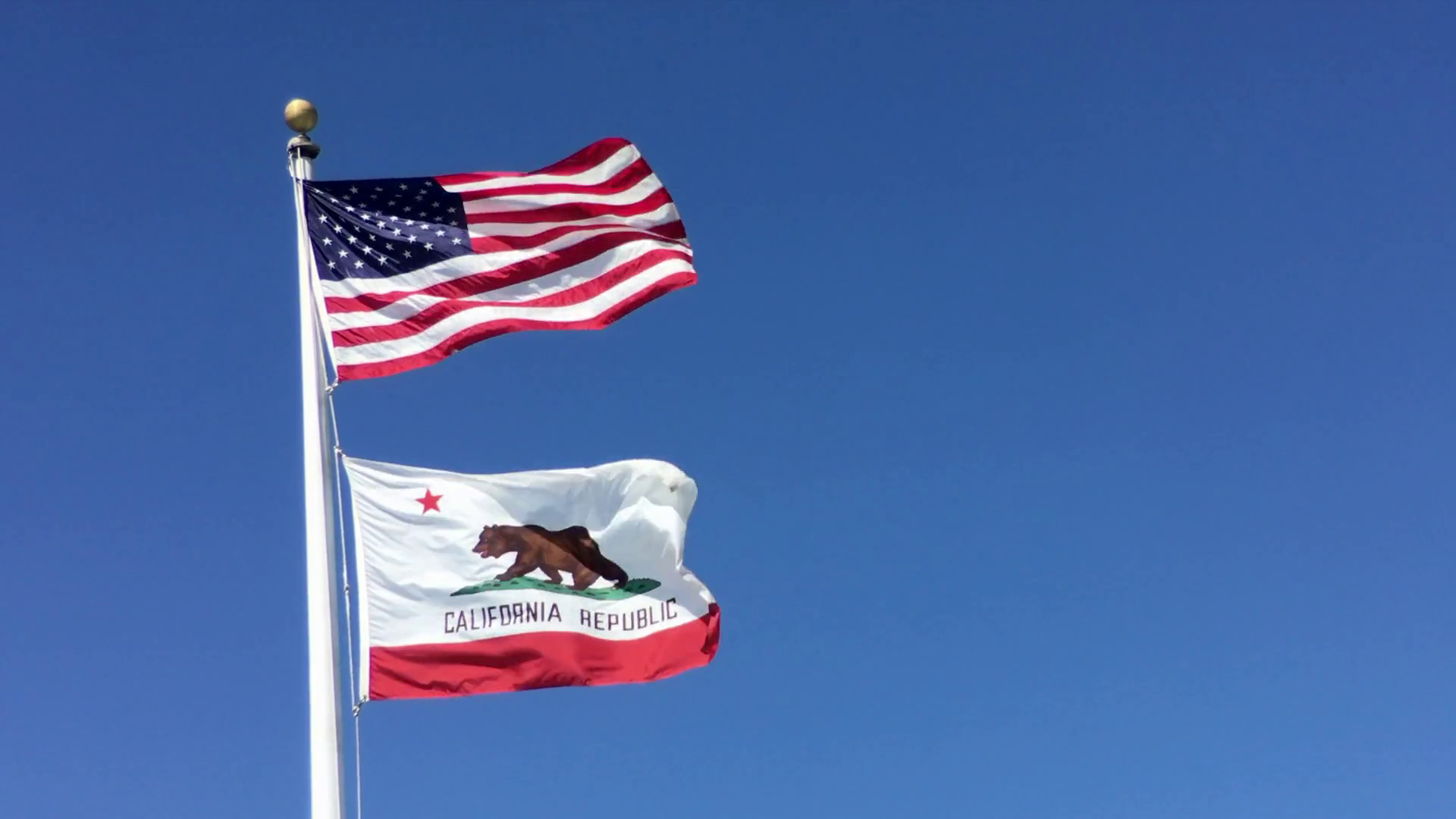