Mandeville, LA – Exclusive Transcript – Now to Chuck Hagel, who had the misfortune of being the guy chosen to be the head of the Defense Department and the new Secretary of Defense.  He had to announce yesterday: Military cuts are coming, guys.  I don’t want to be the bearer of bad news, but they’re right around the corner.  Listen to Hagel try to explain what is about to happen.  Check out today’s audio and transcript for the rest…

Mike:  Now to Chuck Hagel, who had the misfortune of being the guy chosen to be the head of the Defense Department and the new Secretary of Defense.  He had to announce yesterday: Military cuts are coming, guys.  I don’t want to be the bearer of bad news, but they’re right around the corner.  Listen to Hagel try to explain what is about to happen.

Secretary of Defense Hagel: Most of the pressing security challenges today have important political, economic, and cultural components, and do not necessarily lend themselves to being resolved by conventional military strength. Indeed the most destructive and horrific attack ever in the United States came not from fleets of ships, bombers, or armored divisions, but from 19 fanatical men wielding box cutters and one-way plane tickets.  Our military must continue to adapt in order to remain effective and relevant in the face of threats markedly different than shaped our defense institutions during the Cold War…

…how many people we have both military and civilian, how many we need, what these people do, and how we compensate them for their work, service, and loyalty with pay, benefits and health care. This will involve asking tough questions.

Tough questions such as: What is the right mix of civilian and military personnel across the Department and its various components? Within the force, what is the right balance between officers and enlisted? Without necessarily accepting the oft-stated claim that there are more 300,000 service members performing civilian and commercial functions, what is the appropriate distribution of troops performing combat, support and administrative duties?

Mike:  At the end of all that, there was a proposal of what’s going to happen here.  Here is Hagel explaining it:

Secretary of Defense Hagel: General Dempsey has said that we need to “lead through” this crisis.  I have told our senior leadership – the Joint Chiefs, the Service Secretaries, and the Undersecretaries of Defense – we are in this together, and we will come out of it together.

The task ahead for the Department is to prepare for the future, but not in a way that neglects, or is oblivious to, the realities of the present.

The difference now, Hagel said, is that the Pentagon is staring at the increased likelihood that it will be forced to slash nearly $1 trillion in projected spending over the next decade — roughly double the level confronted by Gates and Panetta.

Mike:  There are two ways to look at this. If you’re a decepticon and you believe in foreign intervention, never-ending meddling, and having the largest, most mobile and butt-kicking army on the face of the planet, [mocking] “Slash a trillion dollars?  Slash a trillion dollars!?  We’ll all die!  They’ll come over here and they’ll kill all of us!”  Well, it will only take 19 or 20 of them, as Hagel pointed out, with box cutters to attempt to do that.  No, I don’t think they’re going to do that.  [mocking] “Yeah, man, they’re coming!  They’re coming!  We’re all gonna perish!”  That’s the paranoid, delusional way of looking at things.  You ask those people: Is there anything we’re currently doing that if we stop doing it it may stop them from wanting to come over here and kill all of us if we slashed a trillion dollars?  [mocking] “No, there’s nothing.  We wake up in the morning and they’re angry and that’s enough.”  Okay, sure, right.

The other way to look at the trillion dollar cut / slash over the next ten years is: My God!  You can actually take $1 trillion out of what you’re going to spend and still have, by far, the largest military and defense force in the history of the known universe?  Something is very wrong here.  You can slash $1 trillion.  You’re going to complain about it but you can figure out how to slash $1 trillion and we’re still going to have all these millions of people employed in this endeavor.

There wasn’t a founding father, even the ones that were federalists or the ones that were anti-federalists or republicans, not a man alive that did not know what would happen when you had a standing army.  If a standing army was ever allowed to form, there was not one of them that was not aware of what would happen.  What would happen is exactly what you are watching right now.  We’re being sold the bill of goods, and many of you people enjoy buying this bill of goods, that this national defense apparatus we have is necessary, probably not even as big as it should be, and we should be doing more things about it and not less.

Your view is the exact counterview of the men that you call founding fathers.  This isn’t even difficult to find in the historical record.  Put whoever’s name in you want.  Go to Google or Bing or whatever.  Put “Patrick Henry, ‘standing army’” and hit go.  Start reading.  You won’t find praise for standing armies; you’ll find abject fear.  Why?  George Mason said it would be the end of liberty on this continent.  Why did he say that?  I can tell you why he said that.  He knew that the people then must be taxed mightily to pay for it.  He also knew that resources that would otherwise go into peaceful, productive measures and means would be rerouted into destructive, nonproductive means, like building bombs or housing armies, entire armies of defense contractors.

I was just looking at the Twitter feed.  [mocking] “Hey, bozo, the reasons you just gave about us spending trillions of dollars in defense is the reason why North Korea is not going to bomb Austin, Tennessee.”  Really, sir?  Answer this question, genius: Why isn’t Pyongyang pointing a missile at Sydney, Australia then?  They have beer.  They’re friends with us.  They’re allies.  They got Fosters, Australian for beer.  They got steaks.  They got freedom.  They’ve got blonde women running around and what have you.  Is Australia being exonerated from a North Korean nuke because they’ve spent trillions of dollars, sir?  I’d like an answer to that question.

Here’s another one: Is New Zealand being spared?  Is France being spared being targeted by a nuclear device from Pyongyang being aimed at it because it spends trillions in defense?  How about Switzerland, sir?  How about one of the Nordic countries?  How about Sweden?  They’re a bunch of socialists up there.  You mean North Koreans don’t hate socialists, too?  Talk about blonde people running around.  How about Norway?  Why aren’t the Norwegians targeted by Kim Jong-Un?  Are they protected because of their trillions of dollars in defense spending, sir?  What is it that maybe the Australians aren’t doing that we are doing?

Here’s another question, and I know what your smart-butt answer is going to be, but I’ll ask it anyway.  What about the Province of Saskatchewan?  Why isn’t Kim Jong-Un targeting Saskatchewan?  Why isn’t he out there spray painting “Newfoundland” on a nuclear device?  Is it because they spent trillions in wasted dollars employees armies of bureaucrats in alleged national defense exercises?  Maybe there’s another reason.  How about Iceland?  Why isn’t he targeting Iceland?  What about Greenland?  That’s a nice piece of real estate maybe Kim Jong-Un would like to move to or own.  Why hasn’t he targeted Greenland?  A small invasion force could take that joker down.  I can get you Greenland by three o’clock this afternoon.  I don’t even have to have a reason.  Instead of reciting the decepticon mantra that you’ve heard out there, folks, think.  Think your way through these things.  Maybe there’s something else at play here. 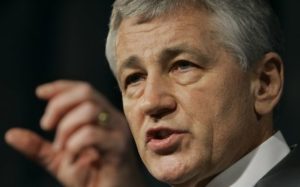