Mandeville, LA – Mike Church’s daily Pile of Prep, chock full of the unbelievable saga of the U.S. supplying weapons to Syrians that could be turned on Syrian Christians plus other [r]epublican stories used to perform the Mike Church Show on Sirius/XM Patriot channel 125. “The war against evil never ends. Evil, whatever its lack of imagination, is intelligent. In its defeat, it reemerges and adapts to the new conditions of the world. Beauty exists, forever beyond the reach of evil. Progress always leads to evil. Friendship and loyalty rule the fates of men.” – J.R.R. Tolkein

Sweatin’ To The Oldies – The ObamaBots play one of their classics, “If our economists are worng I don’t wanna be right” as “economists” are shocked, SHOCKED I tell you to see unemployment claims soar last week (where have I heard THAT was gonna happen?)

But don’t worry because if you order some soaring, consumer confidence right now, we can DOUBLE your order for the same return in actual wealth (you lose 5% per year) so hurry to a FBN or CNBC outlet near you today!

TIC: Brad Birzer recalls his discovery of Tolkein and all that his literary work has inspired in him

That glass is half full – The “wealth” lost during the 2008 recession has only been half recovered and most of that has been recovered by the elite, top 5%

Rand Paul reaches a plateau moment, calling McCain and company’s Syrian interventionist treachery out. ““The Christian community in Syria has traditionally sided with, and been protected by, Bashar Assad’s regime. It is troubling to think that American arms may be given to Islamic fighters who may in turn be firing them at Christians…” 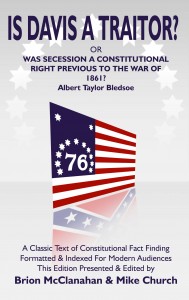 What if open heart surgery were invented by a racist, slave owner, would doctors refuse to perform it and would patients refuse to benefit from it!?

The pipe dream of cheap, efficient and long lasting solar power cells is about to come crashing down to reality, better find some natural gas and start building turbines…SOON

The Myrtles Plantation here in LA used to be known for its haunted rooms and creepy appearance at night but now something scalier, larger and more terrifying is about

You can’t say they didn’t earn it. OMSNBC falls to LAST in Spring TV ratings as CNN begins its assault on Mt. O’Reilley

Why does the GOP act like it is comprised of 2 year olds asks the Democrat columnist for the WaPo who seems to not have seen equally juvenile and even MENACING behavior from Dems (see Eric Holder, Chuck Schumer, Pete Stark et cetera)

0Shares
mccainObamarand paulSyriaunemployment
Previous PostPraise For The Spirit of ’76-The Story Continues, The Real Story of Constitution’s Second AmendmentNext PostMike Tells The Story Of June 1788 and The First Peaceful Transfer of Power