Mike:  The city of Detroit is in a financial emergency.

A review team appointed by Michigan Governor Rick Snyder to analyze Detroit’s financial situation unanimously determined Tuesday that the city is in a financial emergency and has “no satisfactory plan” to resolve the crisis.

Mike:  How could this happen?  Michigan received the gift of Governor Jenny “Granny” Granholm running that joint for eight years.  How in the hell could she have — you had forced unionization of people.  Detroit had all manner of laws.  You had the greatest civil rights laws in the history of man.  You had some of the largest public works projects for public housing and subsidized housing and other sorts of public works to aid the not-so-fortunate population that man has ever seen.  How is it possible that Detroit could have gone caput?  This has got to be a typo.

“While we appreciate the steps the city has taken over the past number of weeks, key reform measures have not occurred quickly enough, if at all,” State Treasurer Andy Dillon said. “The team collectively believes the city needs assistance in making the difficult decisions necessary to achieve the significant reforms that are so crucial to the city’s long-term viability.”

Mike:  Again, how is that possible?  Detroit keeps electing all manner of multicultural, multiracial officials.  They are a diverse lot, are they not?  With all that diversity there, they should be able to solve any problem.  They ought to be able to cure the common cold with all the diversity they have in Detroit.  What’s going on here?  It’s not working.  Wait a minute, have you guys tried common sense?

Mike:  Have you tried common sense?  Here’s a solution: have you tried going to a city council conflagration and passing out an abacus or two, a simple addition and subtraction device so that you can try and keep track of your finance?  I would recommend a checkbook, but that’s so antiquated, archaic, old-fashioned and fuddy-duddy.  No one would ever use one of those.

Several named candidates for Detroit emergency manager have publicly said they do not want the job to mediate the city’s financial woes.

Mike:  They’re trying to appoint people to this and no one wants to take the gig.  Andrew, why don’t they ask Donald Trump to come in and clean the city up?  I have a suggestion.  Why not just hire his honor, Mayor Giuliani?  [mocking] “Hey, Mayor, don’t worry about running for the Republican nomination in 2016.  Come fix Detroit.”  What is it that Detroit actually needs?  An inquiring listener may want to know.  How can a major American city actually fall into such a state of ill repute and financial or economic despair?  How is that possible?  Could it be that all the progressive experiments that our almighty federal and state progressive overlords wanted to try out on the rest of us were tried out in Detroit?

Of course, they were tried out in California, too.  They’re being tried out right now in New Jersey, significant parts of New York, significant parts of other large American cities.  How is that working out for you?  I could give you a report from the City of New Orleans, if you like.  What I can tell you is that the diaspora continues, meaning people continue to flee the city.  The population numbers are going down.  Certainly Hurricane Katrina chased out about a third of the population.  Maybe a third of them returned and then the bleeding began anew.  Why is that?

This is just stupid.  This just gets filed under the “you guys are just imbeciles.”  Once you go Nazi, you’ve lost all intellectual arguments.  Once you have to invoke Nazi, you’ve lost the argument.  If you Tea Partiers need an argument against Karl Rove running your precious GOP and continuing to be the kingmaker that he is, all you have to do is listen to this radio show or go back to our old transcripts.  I’ll provide you with plenty intellectual and historical reasons why Rove is not the guy for that task.

He may be the guy if you can convince the popular leaders of the party and the popular brain trust of the party that they are no longer wanted, which a columnist of the Washington Post, Kathleen Parker, says is a mistake.  I think she’s right on point if you want to save the RINO party.  That’s the title of her column today.  I don’t think the RINO party is worth saving.  She may be right that that needs to be done and that’s the only way for the GOP to survive.  If that’s the case, then GOP probably shouldn’t survive.  Maybe there will be a new Federalist Party or a new Founders Party or a new ReFounders Party or something to that effect.

The Tea Party Patriots group — I don’t know if you people saw this — sent an email out yesterday under the title of “Wipe the Smirk Off Karl Rove’s Face.”  That’s the subject line of the email from Jenny Beth Martin, cofounder and national coordinator of the Tea Party Patriots.  The email had a Photoshop image of Karl Rove in a Nazi SS uniform.  As I said, once you go Nazi as a statement – if you’re joking about this, I suppose there’s some kind of satire you could make.  I myself have made Nazi satire from time to time.  That’s a point taken.  To actually identify Rove as some sort of a rogue Nazi SS agent, someone who has to be dealt with in a like manner is just preposterous.  It’s imbecilic.  The Tea Party Patriots had to issue an apology to Rove, a public apology.

“We apologize to Mr. Rove. While we may have strong disagreements with him on the future of conservatism, we want to be clear this imagery is absolutely unacceptable and are working to ensure this type of mistake doesn’t happen again.”

Rove issued a statement saying all is well. “Apology accepted. Now let’s all get back to work building conservative Republican majorities and stop President Obama’s agenda.”

Mike:  Ladies and gentlemen, do you denote the use of the term, twice in the last 30 seconds, of the term “conservative”?  The Tea Party Patriots brand themselves as conservatives.  What have I always told you these days about the term “conservative”?  It doesn’t have any intellectual meaning left to it.  It’s like the term “constitution”; it’s dead.  The Constitution as it was known and written and ratified is dead, mortis.  It has been dead.  We should do it a favor and bury it.  The same with the old term conservative, which comes from an old Englishman by the name of Edmund Burke.  That kind of conservatism is just — if there was indeed a conservatism in the United States in the ‘30s, ‘40s, ‘50s and ‘60s, maybe even into the ’70s.  Reagan was probably one of the last true elected practitioners of it.

Today’s conservatism requires you to do very un-conservative things.  It requires you to hold very un-conservative thought.  It requires you to promote things that Christian conservatives should never be promoting, and that is a nonstop engagement in war.  Making war and believing that the strength of your republic, as many of you conservatives like to call it, is to be found in your military is not a conservative endeavor.  By the way, the patriot is usually the first one to the ramparts, not to pick the weapon up and fire it, but is usually the first one to the rampart to say: I demand that we produce just cause for this action.  We’re about to commit our lives, our fortunes, our sacred honor and our treasure into this.  We better have damn good reasons to do so.  These days, you shoot first, invade first, ask questions or make excuses up later.  Well, we thought there were weapons of mass destruction.  We thought we were doing the right thing. 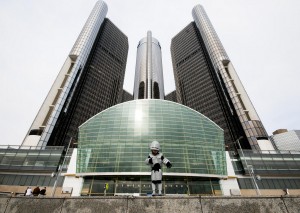