Republicans and the so Called “Conservative” Programs they Create 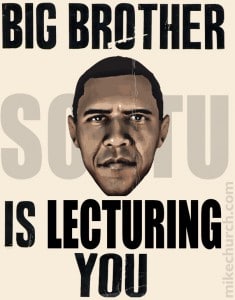 Mandeville, LA – Exclusive Transcript – “Let’s just focus on the conservative party right now, the Republican Party.  The Republican Party brings Homeland Insecurity into existence.  And 14 years after it’s created, just to show you how adroitly efficient the federal monstrosity is at expanding its own powers, it has succeeded in employing 200,000 people.  That is a track record no private employer could ever boast of, 200,000.” Check out today’s transcript for the rest….

Mike:  Let’s just focus on the conservative party right now, the Republican Party.  The Republican Party brings Homeland Insecurity into existence.  And 14 years after it’s created, just to show you how adroitly efficient the federal monstrosity is at expanding its own powers, it has succeeded in employing 200,000 people.  That is a track record no private employer could ever boast of, 200,000.  Not only had it employed 200,000 – I know some of you right now are getting ready to hit the send button on your smartphone to inform me, [mocking] “You don’t know what you’re talking about.  That was cobbling together other agencies that were already in existence.”  Yes, I am aware that DHS was assembled certain agencies under one roof.  Those agencies, though, remain, especially the larger ones, like the FBI for example, they remain independent.  No one is talking about funding the Federal Bureau of Investigation.  That’s not what’s at issue here.  We’re talking about people that are employed by DHS, not by FBI, not by CIA, or any of the other agencies that are allegedly under the control, under the firm management of the Department of Homeland Insecurity.  If that number does not shock you into a rejection of conservative mantra emanating from people like Graham, Boehner, McCain, etc., etc., I don’t know what will.

Here’s another shock, according to Jay Johnson.  I’ve had this story in the Pile of Prep for the last ten days or so.  Did you know, fair citizen, fair underwriter and endorser of weaponry and armament for the planet – because that’s what our job is as American taxpayers, to fund the manufacture of weapons that can be used in all wars across the planet.  People that are always whining and carping and complaining about things that are made in China, how do you think the people that bear the brunt of U.S.-made weaponry feel when they turn a piece of a bomb over and see “Made in the USA”?  Well, at least it wasn’t made in China, right?  We still make our own weapons.

Chew on this one for just a moment.  Even if Congress doesn’t fund the Department of Homeland Insecurity, all 200,000 will still go to work.  They’ll still be employed.  Then what’s the point of having the discussion here?  What’s the point of even arguing about whether or not you’re going to fund it?  If it’s a forgone conclusion that the reason those employees are going to continue to go to work – I believe their funding expires on the 28th of this month.  It’s a forgone conclusion that the funding will arrive, the agency will be fully funded at its current level, and probably even get an increase.  What’s the point of even having the argument?  As a matter of fact, why does Congress even bother to – you members of Congress that are listening to me on your way to the Capitol this morning, let me ask you a question. 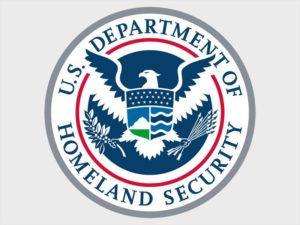 Why do you even bother to go to work?  What’s the point?  Everything you do is already forgone.  We already know you’re going to spend $4 trillion this year.  We already know that taxes are going to continue.  We know that military engagements are going to continue.  We know all these things.  Congress is not going to stop them.  If anything, you guys are going to aid and abet what is already in motion and already being done.  Why don’t you guys and gals in Congress put your big-boy underwear on and do something constructive for a change?  Why don’t you say: Look, as Republicans and conservatives, we refuse to fund the Department of Homeland Insecurity?  It was a mistake to create it in the first place.

Here’s an editorial to that effect from Vox.com.  I had this on Friday and I didn’t get into it, Dara Lind, “The Department of Homeland Security is a total disaster. It’s time to abolish it.”

. . . why does the department even exist?

The answer is that it shouldn’t, and it never should have. DHS was a mistake to begin with. Instead of solving the coordination problems it was supposed to solve, it simply duplicated efforts already happening in other federal departments. [Mike: That’s what the federal monstrosity does, Ms. Lind. They’re very good at it, by the way.] And attempts to control and distinguish the department have politicized it to the point where it can’t function smoothly – and might be threatening national security. 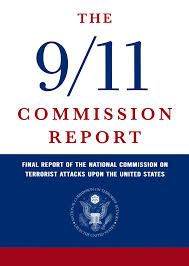 Since neither side is fighting to make the case for DHS, it’s as good a time as any to look back over the agency’s decade-plus-long history, and assess how the department’s actually worked. The answer appears to be that the problems built deep in the department haven’t aided national security – and might have damaged it.

“I don’t think (George W.) Bush was ever excited about the department,” former Democratic member of Congress Jane Harman told The New Republic in 2009. [Mike: He shouldn’t have been.] But because it was “politically expedient,” his White House went ahead with building a proposal for the new department in spring 2002 — and rushed the process, possibly to distract from revelations that the intelligence community could have prevented 9/11 if it had coordinated the information it already had.

The department’s biggest problem, however, was that it completely failed to address the single biggest pre-9/11 counterterrorism failure. In fact, it made it worse. The 9/11 Commission Report (which came out after the creation of DHS) cited failure to share counter-terrorism intelligence and strategy as one reason the attacks succeeded. According to a 2011 Cato Institute report, the two primary agencies it singled out were the FBI and the CIA — neither of which was moved to DHS.

Mike:  Under a sub-headline “A department of copycat programs,” she lists the duplication of efforts that drives DHS and its 200,000 employees.  As I said, the most productive use of the 200,000 would be to ship them all to the Mall of America so they can form a human intelligence and security shield around the building.

And as a recent White House report pointed out, having three different departments giving resources to local police has made it harder to track how those resources get used.

Mike:  Why on earth is Congress continuing to fund and help local police departments?  They’re local police departments.  Can’t the localities fund them themselves?  This is madness.  There’s no other word to describe this other than madness.  Just before we switch gears to George Washington’s birthday, let me just finish up this brief report here on the Department of Homeland Insecurity and why it should not be worthy of continual congressional funding.  Ms. Lind at Vox.com asks the question: 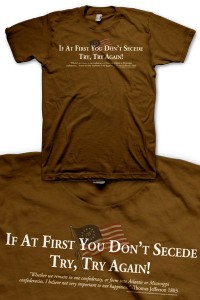 But what does the department “want to do”? That often depends on whether “the department” means officials in Washington, or agents in the field. At DHS, the two groups are often in open conflict. Throughout President Obama’s presidency, for example, Immigration and Customs Enforcement agents that have been vocally opposed to any effort from DHS leadership to reduce the risk of deportation for some unauthorized immigrants. So when DHS leadership tried to target immigration enforcement by issuing memos to ICE field offices about who they should and shouldn’t “prioritize” for deportation, the offices often resisted or ignored those instructions . . . [Mike: Just follow this chain of events. Congress can’t control the DHS. The DHS can’t control the agencies it’s supposed to control. Is anyone driving the bus?]

After repeated security breaches in fall 2014, former Secret Service agent Dan Emmett wrote for Vox about the problems with the agency’s culture. The culprit he identified: the move from the Department of the Treasury to DHS. After that move, he said, the agency got politicized.

Mike:  I have a question for you: What agency in Washington isn’t politicized?  They are brought about by political decisions.  They’re all politicized.  That’s the point.

Probably the best Constitutional amendment would be to limit all charters and life of central departments, with the exception of those that support the 17 enumerated powers to 2 years. The legislation that initiated the department could not be amended but would require a new bill. There would be so much churn in DC that there would be no time for creation of new departments.
That in conjunction with a limit on Congressional staff and the length and frequency of Congressional sessions would limit the damage that could be done.