Mandeville, LA – Exclusive Transcript – The general government now runs the whole shebang, including the training of the physicians.  It only makes sense that one of the things they will now be trained to do in order to continue the feeding at the federal trough is you now have the responsibility to find out whether or not some of your patients have firearms. Check out today’s transcript for the rest…

Mike:  I found a post at Jill Stanek’s blog.  Jill Stanek was the nurse I was referring to earlier who was one of those nurses instrumental in getting the Born-Alive Infants Protection Act to the Illinois Legislature.  Again, Obama was the only Illinois senator to vote against it.  AG, this is off the blogging pen of Ms. Stanek.  This is what she wrote on January the 3rd: “Get real: Obama and the nation sanction the killing of all school children.”  This is what I was talking about in the first hour.  The president, who was the most enthusiastic supporter of the ghastly procedure of abortion, so enthusiastic that he wanted to make sure that if any child in Illinois survive the ghastly procedure, that they ultimately would be terminated, thus the necessity of the Born-Alive Infants Protection Act.

But there he was yesterday surrounded by all those wonderful glowing children, talking so ceremoniously and so solemnly about the imperative, the responsibility of protecting kids, about all the birthdays that will be missed because guns wiped them out.  There are more children aborted in a day, willingly, by American citizens — in other words killed, terminated — than are killed by firearms in an entire year.  Stanek points this out, that it’s disingenuous.  The duplicity of this, to hold the two thoughts in one’s mind at the same time requires some manner of inherent evil that the world has never seen, or maybe the world has seen and maybe it’s turned out really bad.  But there’s President Obama doing it nearly on a daily basis.

AG, I want to get your take on this.  My cousin called me up.  He was despondent.  He listened to about 15 minutes of Obama, started to cry and had to turn it off and couldn’t listen anymore.  He wanted to know my take on all this.  We talked about it for a little bit.  He said, “Yeah, but how are they going to enforce it?”  I said, “That’s an easy one.”  No one has thought of this.  AG, think about this.  How are you going to get these doctors and nurses and medical practitioners to start interrogating their patients and then ratting them out?  You’re going to have to have an incentive of sorts, aren’t you?  What could possibly be the incentive?

Gee, let’s see here, let me think about that for a moment.  If you’re a young person in medical school today, or if you’ve been discharged from medical school in the last decade or so, there’s a very good chance that what entity provided the loan for you to go through school?  The federal government.  We know in the last three years that all student loans now come from the Fed.  Gee, what a coincidence.  Can you imagine the letters that go out to recipients of student loans that are practicing?  The president has thoughtfully pondered their future and he wants them to know that no interest penalty of any sort will ever come to them if they are to exercise and act upon Executive Order #19.  Of course there’s an incentive.  You could even get more perverted with that.  [mocking Obama] “Look, I issued an Executive Order telling the people who run the student loans that anyone that rats a patient out and turns them over to authorities gets a decrease in their interest rate.  It’s a little debt forgiveness there.”

Mark my words, now that student loans are controlled, doesn’t it now all make sense?  The student loans are controlled, the doctors get the student loans, medicine is controlled, the doctors practice medicine.  The general government now runs the whole shebang, including the training of the physicians.  It only makes sense that one of the things they will now be trained to do in order to continue the feeding at the federal trough is you now have the responsibility to find out whether or not some of your patients have firearms.  I actually have been asked by a doctor a couple years ago, “You have any weapons in the house?”  I went, “I’m uncomfortable answering that question.  Why do you want to know?”  “Oh, it’s just something we ask.”  I said, “Mark me down as you don’t know because I’m not answering that.”

AG:  The question I have, when we talk about government enforcement, whether it be health care, or a lot has been made about government seizing guns, at the same time, there is so much inefficiency within government.  I question whether or not they’re smart enough to actually accomplish anything of this magnitude.  Government is so inefficient.  We have stories about ridiculous amounts of spending that disappears and no one knows where it goes.  We can cite that LA Times editorial from a couple months back about how the Defense Department is spending money on things that frankly don’t work.  I do wonder if the fears that a lot of people have on the ability of the government to so negatively impact a person’s individual liberty is actually possible because of how inept the government is and how large the government is.  I do wonder if they’re actually able to enforce anything like this.

Mike:  In other words, since they can’t walk and chew gum at the same time and can’t get out of their own way, what’s to make anyone think that they’re actually going to be successful in taking 290 million firearms out of people’s homes?  I don’t think that’s going to happen at all.  As a matter of fact, I think that’s just hyperbole.  That is not realism or practical.  However, can you make it almost impossible to purchase a new one, to buy ammunition?  Can you make it socially unacceptable?  Can you make the web of federal deceit, which tentacles spread out all across the country, can you make every person that owes their subsistence to the general government, can you make them an agent provocateur in this endeavor?  I think you most certainly can.

AG:  Very true.  A big picture question I have for you and the audience —

Mike:  I agree with you that the actual confiscation, that these people are inept.  That’s just not going to happen. 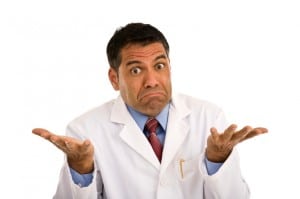