A Mystery That Will Never Be Solved

Mandeville, LA – Exclusive Transcript – “This is one of the things about the classic rite of education.  It doesn’t have a goal, a specific economic goal or a productive goal as its result.  It has as its objective the cultivation of the human intellect, to teach man how to think not what to think.  This is so important.  This is like the nomocratic versus teleocratic discussion.  This is so important to understand.  It’s not what you think, it’s how you think.”  Check out today’s transcript for the rest….

Mike:  This is Dennis in Michigan.  Hello, Dennis.  How you doing?

Caller Dennis:  Good, good.  I was struck by your comment about skimming off the top one percent of people and educating them.  That’s kind of a European pattern.  They do that and then they want to assign them jobs and projects to do.  The rest of the people, the 99 percent, they just try to regulate and tell them what they can do, not empower them to do anything other than a job.  That’s why the European education system basically tries to get a lot of the people into trades and things like that.  We do need trades, but the point is, we try to empower in this country the 100 percent.  We don’t just empower the one percent.

Mike:  Why should you empower the one percent over the other vast majority?

Caller Dennis:  Because then they can work on projects that the powers that be want them to work on.  They could work on —

Caller Dennis:  No, should not.

Caller Dennis:  We want to empower the 100 percent of the people not just the one percent.

This is one of the things about the classic rite of education.  It doesn’t have a goal, a specific economic goal or a productive goal as its result.  It has as its objective the cultivation of the human intellect, to teach man how to think not what to think.  This is so important.  This is like the nomocratic versus teleocratic discussion.  This is so important to understand.  It’s not what you think, it’s how you think.  This is also why before there was Locke and before there was Hobbes, there were great thinkers.  We read them today and most of them can’t even read them because we’re ill prepared intellectually to read them. 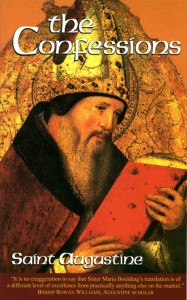 Try reading Cicero.  I triple dog dare all of you to read Cicero and send me an email.  Just try it.  If you really want a challenge, try reading Cicero in Latin with a Latin dictionary next to you.  This is how brilliant of an orator that Cicero was.  Try reading St. Augustine.  If you really want a challenge, don’t just read Confessions, read them in Latin.  Try to crawl inside the mind of Augustine as he’s writing.  Here’s the kicker.  You can read the other ones in English.  Read St. Thomas Aquinas.  St. Thomas Aquinas spent his entire life with a feather quill in his hand.  If he wasn’t praying he was writing.  So prolific were his writings that today there is no equal to the writings, just the pure volume of what was written by St. Thomas Aquinas.  Here’s a great question.  It doesn’t matter what religion or denomination you are.  It doesn’t even matter if you have a religion.  What did Aquinas write about, Dennis?  Are you familiar with any of Aquinas’s work?

Caller Dennis:  I have to confess I’m not a —

Caller Dennis:  I am not able to answer the question because I’ve been more in the technology area.  Anyone can read Aquinas.  Everyone should read Aquinas.  What is Aquinas’s great area of focus?  His great area of focus is basically human nature.  What questions might a man ask if he were born at any point in time, Dennis?  Today, in the 11th Century when he was alive, in the 1st Century when Christ was alive, or in the third millennia before Christ, it doesn’t matter.  Human nature has not changed.  It’s not going to change unless Almighty God changes us.

So St. Thomas said: Okay, so since human nature is a constant, it does not change, what are the things that a man or a woman might ponder?  What are the questions he might ask?  He begins answering them.  He asks himself the question that man might ask.  Then he says: Here’s the objection to the question.  Then he answers the objection.  This is the brilliance of Aquinas.  You don’t have to read the entire tracts, just sample a paragraph or two a day or a page or two a week and I guarantee you that you’ll start thinking about things differently, especially when it comes to the areas of mortality.  What I mean by mortality, I mean the areas of sin.

Caller Dennis:  Yes, I have one son.

Mike:  He is not going to experience a Thomistic educational experience unless you give it to him.  Even if he goes to St. Thomas Aquinas University in the United States, he’s not going to find it because they don’t teach it anymore.  Why don’t they?  The liberalism that Patrick Deneen wrote about has convinced man that he doesn’t need that philosophy, that he doesn’t need to understand or study reason, to understand why reason is there.  There can be no reason if there is no truth.  We talked about this when David Simpson was here.  What is truth?  Truth is a certitude.  What’s a certitude?  It’s something that’s irrevocable.  It can’t be changed.  These are great questions that a Common Core test is

Folks, that doesn’t mean that we can’t find them.  It doesn’t mean we can’t explore them.  It doesn’t mean that we can’t teach ourselves.  As long as you have a brain and you’re still conscious, you can never ever stop your knowledge process.  You have to proceed and treat knowledge as a mystery.  When it’s mysterious, just like with a mystery — why is it a mystery?  Because you don’t know what the answer is.  You don’t know what’s going to be discovered when you solve the mystery thing.  Think Scooby Doo, Velma, Daphne, Fred and Shaggy driving around in what?  The Mystery Machine.  What are they doing?  Solving mysteries.  Why do you solve a mystery?  Because we don’t know what the answer to the mystery is.  There are some mysteries that are never going to be solved.  Education, to me, remains mysterious because there is just no end to it.  If we perceive it like that and proceed to it like that, it will remain mysterious.

Is Man No Different Than The Animals? – The Mike Church Show Church Doctrine