Mandeville, LA – Exclusive Transcript – This is from the story, “Scraping by on six figures? Tech workers feel poor in Silicon Valley’s wealth bubble.”  The income disparity here, how does that happen?  Let’s ask the financial services expert, David Simpson, host of the True Money Show and someone that can advise you on your money affairs.  Check out today’s transcript for the rest….

“We went to an open house that would shorten my commute by eight miles. It sold in 24 hours for $1.7m.”

The prospect of losing her job and not having health insurance is a particular concern, given that she had cancer a couple of years ago. “If Obamacare goes away and I lose my job I am deeply screwed,” she said.

Michelle, a 28-year-old tech worker who earns a six-figure salary at a data science startup said her only chance of buying a home would be if she combined income with a partner. “For all the feminist movement of ‘you can do it all’, the concept of home ownership is really truly out of reach,” she said. “For me that’s disheartening.”

Another tech worker feeling excluded from the real estate market was 41-year-old Michael, who works at a networking firm in Silicon Valley and last year earned $700,000. Sick of his 22-mile commute to work, which can sometimes take up to two and half hours, he explored buying a property nearer work.

Although he said his salary means he can afford to live a decent life, [Mike: Seven hundred grand, “a decent life”?] he finds the cost of living, combined with the terrible commute, unpalatable. He’s had enough, and has accepted a 50% pay cut to relocate to San Diego.

“We will be unequivocally better off than we are now.” He said he won’t miss some of the more mundane day-to-day costs, like spending $8 on a bagel and coffee or $12 on freshly pressed juice . . .

“During the first dotcom boom we had secretaries commuting three hours into work…It’s happening again.”

Mike:  This is from the story, “Scraping by on six figures? Tech workers feel poor in Silicon Valley’s wealth bubble.”  The income disparity here, how does that happen?  Let’s ask the financial services expert, David Simpson, host of the True Money Show and someone that can advise you on your money affairs.  Happy Mardi Gras, Mr. Simpson.

David Simpson:  Well, a blessed and happy Mardi Gras to you, Mike Church.  I’m sorry I couldn’t come in there and do a couple hours for you, but I got pulled into the merriment requirement for the family.

Mike:  The merriment requirement only makes sense.  You do have five kids.

Simpson:  I don’t usually do a whole lot for Mardi Gras because I’ve been around it my whole life and sometimes you get tired of it.  Today does seem like a fun day.  We’re going to go to a little local parade.  I’ve got a buddy of mine who’s barbecuing afterwards.  There’s a little party in Reagan Park in Covington afterwards.

Simpson:  Yeah.  The wife said: Hey, we’ve got plans today.  So I told you I don’t have plans with you.

Mike:  You tell that Church character he’s not ruining another holiday for me, pal.

Simpson:  I’m becoming a regular party animal.  So yesterday I started working in the morning and realized I have a lot to do.  I’ve been kind of behind, so I started catching up.  I didn’t go to any parades.  About midday I was told that I had a crawfish boil to go to at three o’clock or four o’clock.  It actually was three o’clock and I didn’t finish to close to four when I finally got through my work and ran out the door to go to my sister’s house for a crawfish boil.  I am partaking of some of the merriment.

Mike:  So the little pigpen cloud is no longer over your head.

Simpson:  You mean all the work I’m doing?

Mike:  I mean the cloud of doom is no longer following you around.

Simpson:  I like to keep that in reserve at all times.  I like your – you’ve got a little alliteration going.  You just naturally come up with these wonderful things.  The Mike Church Mardi Gras Marathon.

Simpson:  Very nice.  I’m going to be prepping my show today.  I thought I was going to have a priest on tomorrow to talk about Ash Wednesday, but he can’t make it tomorrow because he’s distributing ashes.  Who would have thought?  So he’s coming on Friday because I want to talk about – you were mentioning just a minute ago about how do you get this money situation in America under control.  You said cut spending.  What an idea.  We’ve only been talking about that for 50 years, right?  I think the way you cut spending, and I’m not being sly here or coy, people have to start saying: I need to sacrifice personally.  I need to detach.  I need to fast and abstain because I am out of control.  I think we’re all out of control.  If we don’t start it at home, it’ll never happen on a national level.

Simpson:  I don’t know if I would have said it that way, Mike.  Then, of course, the cost of living thing out in Silicon Valley, this is not high finance here.  If everyone is making a million dollars, I think by necessity the local merchants are going to charge more for every product.  Franklin Sanders was on my show, I don’t know, maybe a month or two ago.  He mentioned the same thing a different way.  He said: You go to California or Washington State or somewhere, around Seattle, and you find a home for $800,000, $1.2 million, $1.5 million.  You go to Nebraska or Missouri and find the same house, same size, three bedrooms, two baths, similar house, whatever it is, and it’s half a million or $400,000.  This makes absolutely no economic sense other than we’ve lost our economic mind.  I think it’s pretty much a drive of dollars chasing limited products.  Like you said, we don’t produce anymore.  Too many dollars floating around.  The guys that have the products can charge top dollar for them, and they are.

Mike:  Doesn’t there come a point in time where the value of something actually has to have a value?  For example, if you were to take the same raw materials in the 1700-square-foot house that sold for $1.4 million and relocate them to Topeka or Leavenworth, Kansas, the house sells for what, $120,000?  People say: Yeah, but that’s a free market.  A market is supposed to allocate – according to Mises and Hayek and all the Austria economist types, the price mechanism is supposed to regulate resources.  It’s the greatest method that man has ever devised to manage resources.  What kind of a management of resources can possibly be occurring, just as an example, not only for the convoluted salaries – doesn’t one chase the other?  What comes first, the $2,000-per-month closet to rent, or the $170,000-per-year job for the guy that’s a low-level pixel pusher at Twitter?

Simpson:  It’s a real problem.  I’m probably on the fringe on this part of the economic discussion.  I don’t believe in the subjective value of things.  I know that’s a popular one now.  It’s worth whatever someone will pay for it, which is what’s going on, by the way.  Because these guys are making $100,000, $700,00, $800,000, $1.2 million salaries, then I guess I get to sell you a house for $2.7 billion because you have the money to pay for it.  I don’t believe in subjective value.  I’m with you.  Absolutely you have to get back to some objective: What is this thing worth?  What are the raw materials worth?  What was the time in value placed into the raw materials?  What kind of workmanship and craftsmanship was done?  For some reason – listen, I have lots of friends, lots of good, great minds out there that I think are superior to mine that say: No, it’s not objective value.  It’s all subjective.  There’s got to be a limit to that, because if there’s not, then we’re in the pickle we’re in.  I don’t know what to tell you other than it’s just a craziness.

I do think there’s something about the limited resources.  In other words, inflation wouldn’t be there if production was going up commensurate with the number of dollars in circulation.  It’s always an increase – inflation, by the truest definition, an increase of money without a corresponding increase in goods and services.  I think America is a downward spiral because we are not adding ever, or virtually adding nothing in goods and services while we keep adding currency.  That’s why we have kind of a double whammy, increase in currency and nothing new to buy —

Simpson:  Very, very little.  I remember one time I heard somebody say the two things America produces are movies and debt.

Mike:  Producing movies and debt, there’s a lot of movies that are produced, and there’s a lot of people who go into debt to produce them.  This has always been a part of economics that has troubled me.  I completely understand the way – I read Adam Smith’s Wealth of Nations.  Why did he have to name it wealth of nations and not wealth of families, by the way?  Let’s go back to the original error.  I read Adam Smith’s Wealth of Nations.  I read Mises.  I read Hayek.  I’ve read Henry Hazlitt.  I’ve read some of the better modern “economists” on this.  I understand the price mechanism.  I understand things are worth more because you want them right now, the value of urgency, if you will, that there is somewhat of a value to it.

Even those things, how does that factor into a guy that’s making $700,000 a year and thinks that he’s poor?  You want to talk about an area that must be so depraved and so deprived of any value on human life and on the things that actually go into a life, simple things like bread, like oil and meats and whatever else you use to survive.  How can you possibly have a correct perspective on that that puts things into a perspective where you could do things like focus on eternity maybe?  What is someone that is in that disproportionate of an income distribution, what do they possibly give up for Lent, a half a million bucks?

Simpson:  That’s funny, what they give up for Lent.  I think that’s really the issue, Mike.  There’s a divorce – by the way, this is something else that’s criticized in the economic world, what I’m about to say, and that’s why David Simpson is not an economist, I guess.  Ethics in economics.  Supposedly ethics has nothing to do with it.  If you can bilk somebody for lots of money because you have the only widgets in town and no one else has them and everyone wants them so you can charge 8,000 times what they’re worth, supposedly that’s free market.  As you said, it does have a regulatory effect.  When you increase the price, not as many will buy them, so no one person can come and buy all of them and corner the market, if you will.  Supposedly that’s their value.  I guess I see the value.  I’ve read all the books you talked about as well.  I finally rejected the fundamental underneath it, which was the subjective value thing.  There has to be ethics in economics.  I have to know if I’m screwing you when I sell you something at an exorbitant price.  If I don’t know that, then something more fundamentally is wrong with our economic system, and nothing will fix it, not the price mechanism, not inflation, not deflation, not goods and services being ramped up.  Nothing is going to fix that because at that point you’re saying to each other: We have a condition in our society where I believe jacking you really bad is a good thing. 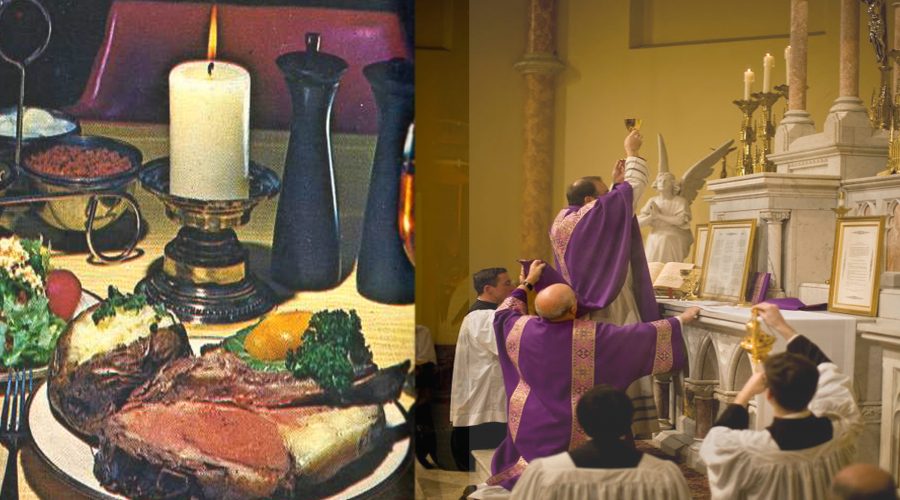