Mandeville, LA – Happy Father’s Day to all who bear the cross of paternity with humility, love and charity. You have no doubt seen the latest rambling elevated to sacred doctrine by the Media Industrial Complex from the Holy Father Pope Francis. That the Pope is the Vicar of Christ and our spiritual Father can not be denied. That he is infallible in his every utterance and must be obeyed is the product of 500 years of Protestant propaganda and an embarrassing ignorance on the part of pseudo catholics like Rod Dreher. Dreher apparently does not know A. what a Magisterium IS (a teaching doctrine) and B. what IT says because that is all that matters in the actual practice of Catholicism which, it must be said, is the One, True practice of living out the Gospels as a vocation as we are commanded to do:

And Jesus coming, spoke to them, saying: All power is given to me in heaven and in earth. Going therefore, teach ye all nations; baptizing them in the name of the Father, and of the Son, and of the Holy Ghost.  Teaching them to observe all things whatsoever I have commanded you: and behold I am with you all days, even to the consummation of the world.

Witness, Dreher’s channeling of the NY Times’ Ross Douthat over Francis’s babbling on those Sacramentally married.

Just to be clear: the pope is saying that the “great majority” of people married inside the Catholic Church are not really married, because one or both spouses entered into the marriage covenant without the right intentions.

This is the Pope talking.

And it’s not going over well. Here’s part of a tweetstorm from Ross Douthat:

1/ One argues with Professor George at one’s peril, but I think he is very wrong here.https://t.co/rhgsONv2Xa

2/ The RC Church has never taught that you need a comprehensive theological understanding of the nature of marriage to enter into one.

16/ And responding to this problem by arguing that the marriages we *do* have are mostly null is a weird and un-Catholic counsel of despair.

So far so good for Ross Douthat but here’s where corrupted catechism or what Chris Ferrara calls “Novelty in the Church” when it comes to the Magisterial teaching shines through:

12/ Why? Because the church presumes — rightly! — that most Jews and Protestants and Muslims who marry meet criteria for a legit marriage.

Douthat is doing his followers no favors by not explaining that there are two types of marriages recognized by Holy Church: natural law marriage and Sacramental marriage. Fr. Paul Sretonivic explains in his 4 part series on this very matter the difference and they are not insgnificant:

In the natural marriage, it was supposed that the spouses should help each other and bear one another in this life, and educate together their offspring who were meant to populate the Earth. In the sacramental marriage, one spouse is meant to help sanctify the other and the offspring are seen not just as a means to populate the Earth, but principally Heaven. [Emphasis mine- MC]

It should require no explanation that the opportunity to populate heaven is the second highest of all human endeavors – the first being Holy Orders to assist that process – and should be regarded as superior NOT equal. Anyone who holds the view that there is an equality between the two marriages or that both types of marriage are equally valid is committing a grave error that cheapens and indeed may negate the necessity of conversion. Why does one need to become Catholic to save his and his wife and children’s souls when he can attain nearly the same thing by living under neo-pagan rituals that offer such modern conveniences like no-fault divorce and “try it before you buy it-shack up” culture? I take no issue with Douthat’s sincerity and applaud his public stance but offering up post Vatican II irreverence is precisely the problem in our age. And it is not as though Our Lord left us an insurmountable hurdle in understanding basic Catholic Catechism on the family, a “Catechism for Dummies” book is not needed:

The fourth commandment is addressed expressly to children in their relationship to their father and mother, because this relationship is the most universal. It likewise concerns the ties of kinship between members of the extended family. It requires honor, affection, and gratitude toward elders and ancestors. Finally, it extends to the duties of pupils to teachers, employees to employers, subordinates to leaders, citizens to their country, and to those who administer or govern it.

This commandment includes and presupposes the duties of parents, instructors, teachers, leaders, magistrates, those who govern, all who exercise authority over others or over a community of persons.

Observing the fourth commandment brings its reward: “Honor your father and your mother, that your days may be long in the land which the LORD your God gives you.” Respecting this commandment provides, along with spiritual fruits, temporal fruits of peace and prosperity. Conversely, failure to observe it brings great harm to communities and to individuals.

Whither Fathers and fathers?

This Father’s Day let’s consider the role that fathers must play at this stage of Man’s Sunday drive on the Road to Perdition that has become an Autobahn. St Paul singles out fathers to dispense familial advice to in his letter to Ephesus:

“Children, obey your parents in the Lord, for this is just. [2] Honour thy father and thy mother, which is the first commandment with a promise: [3] That it may be well with thee, and thou mayest be long lived upon earth. [4] And you, fathers, provoke not your children to anger; but bring them up in the discipline and correction of the Lord.” 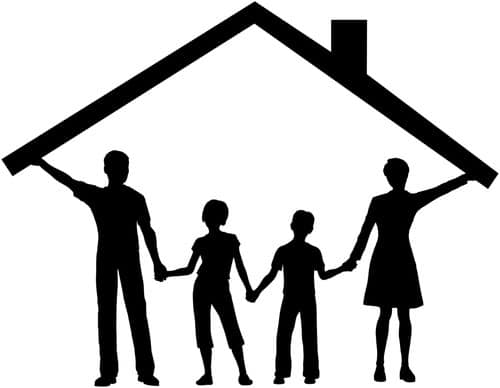 OK dads, we would have to know what the discipline of the Lord was in order to carry out this Apostolic exhortation. Recall that the word discipline has several meanings, kinda like marriage, and most people will think St Paul is using the vulgar “spare the rod…” version as if rods can be brought to bear against LGBTQ hysteria. The proper context is discipline as in “a branch of knowledge, typically one studied in higher education”, nay, the Highest education! And what is that discipline, sans Pope Francis incoherent ramblings, when it comes to valid marriages? Again, Fr. Stretonovic:

If a marriage between non-baptized persons was entered into with this purpose, then Catholic doctrine considers it legitimate (ibid., § 513). This kind of marriage exists today among Jews, Arabs, and pagan peoples. One of the conditions for this marriage to be legitimate is for it to be witnessed by some authority, be it religious or civil. When the Church recognizes these marriages as legitimate she is not saying that those religions are true, because they are not. Nor is she affirming that the civil authority by itself has the full right over marriages, because it does not. She is just acknowledging them as an authority that witnesses and ratifies the contract between the two parties.

Ross Douthat would do the Catholics and lay Christians who read his work the grandest service possible by explaining the meaning of valid and invalid. Legitimate and illegitimate when it comes to marriage and in doing so would relieve all those lukewarm fathers who conduct Holy Mass every Sunday yet recuse themselves from this duty. Fr. Stretonovic explains that in Christendom, the State took The Church’s authority as valid to consecrate marriages but concurrently exercised civil authority over matters of property and the like, but still, The Church and Her conduct of the ceremony was Supreme, until the revolt of 1516:

The marriage was simultaneously religious and civil. The ceremony that took place in the church was enough for the couple to be considered married before the State and, therefore, to share the same goods, have legitimate children who would be entitled to receive an inheritance, etc. While this union between Church and State existed, harmony reigned in society and stability in the family.

The first blow against this balanced situation came with Protestantism. Its revolt against the Catholic Church and Papacy, the fact that its ministers became subservient to temporal princes, and the introduction of divorce profoundly disrupted that harmony.

I don’t take lightly that some will recoil from Father’s statement and his history as a matter of fact I humbly acknowledge the likelihood that I will suffer “unlikes’ and “unfollows” and outright calumnies but that does not make my or Fr. Stretonovic thus The Church’s argument any less True and this the Truth we must conform our mind to in order to bring about the reality that life under the Church’s singular teaching authority does not have gay discos, 53 million abortions, hook-up college as curriculum and rampant, no fault divorces. Happy Father’s Day!