Mandeville, LA – Exclusive Transcript – Do you remember the 10-year-old girl who is trying to get a lung, little Sarah Murnaghan?  The Murnaghans took their case to court.  A federal judge yesterday ordered that the Murnaghan girl be placed on the list for the lung should one become available.  Wouldn’t you now expect there to be a stampede of organ recipients into federal courts now?  Have the Murnaghans inadvertently, or maybe advertently, unleashed a torrent of legal processes and legal machinations in organ transplant litigation that will have as its effect the ending or at least the changing of the current process?  Check out today’s transcript for the rest…

Mike:  Do you remember the 10-year-old girl who is trying to get a lung, little Sarah Murnaghan?  The evil lord of the Department of Health and Inhuman Disservices, that is the highest-ranking abortionist in the United States hierarchy, Kathleen Sebelius, informed the Murnaghan family: No, you can’t get a lung transplant, your tyke is ten.  You have to be at least 12 to get a lung transplant or get on the list for the adult lungs available.  If a juvenile lung becomes available, you’re already on the list.  The Murnaghans took their case to court.  A federal judge yesterday ordered that the Murnaghan girl be placed on the list for the lung should one become available.  You can find the story at FoxNews.com.

A federal court judge has granted a temporary order that will allow 10-year-old Sarah Murnaghan, who is dying from cystic fibrosis and desperately needs new lungs, to join an adult organ transplant list.

The judge has scheduled a preliminary injunction hearing for June 14, MyFoxPhilly reported.

Judge Michael Baylson made his ruling after hearing oral arguments Wednesday afternoon on a federal lawsuit filed by Sarah’s parents, challenging the “Under 12 Rule” that was keeping the 10-year-old off the adult transplant list.

Baylson’s order tells Department of Health and Human Services Secretary Kathleen Sebelius to direct the group that manages the organ transplant list to cease application of it in Sarah’s case.

Mike:  Wouldn’t you now expect there to be a stampede of organ recipients into federal courts now?  Have the Murnaghans inadvertently, or maybe advertently, unleashed a torrent of legal processes and legal machinations in organ transplant litigation that will have as its effect the ending or at least the changing of the current process?  You people that are doctors called me on Tuesday and told me that the rules under which the organ transplant industry, if you can call it that, works were set by physicians.  It was doctors that ordered this stuff up.  It wasn’t bureaucrats.  It wasn’t Sebelius.  It wasn’t goons at the Department of Health and Inhuman Disservices.  It was physicians, and that’s because they had experience in these transplant matters, knew what they were talking about and knew what had worked and had not, and then could pass judgment on this.  I asked the question: Who in the world would want to be on a panel or in an agency that is charged with setting rules by which people who are going to live or die based on whether or not they get an organ transplant, on how it is, when it is and why it is they will receive said organ transplant?

Now that the judge has arbitrarily acted on behalf of one individual, why couldn’t anyone else that’s on a list go: Wait a minute, you can’t favor a 10-year-old because her parents are upset.  My kid’s 14 and he’s been waiting for a kidney for three years and can’t get one.  I’m upset, too.  Bump me to the front of the list.  Think about this.  You want me to throw the real curveball your way?  Here you go.  Think about this.  What if the Murnaghans are successful?  What if a lung that would not have been available to the 10-year-old because she’s not an adult or adult-like enough to accept an adult lung, what if the Murnaghans are successful and an adult lung is implanted in little Sarah at ten years old?  What if little Sarah — these are very, very high-risk implantations.  The chances of success and longevity with the implanted lung, as I understand it, are very small.  It’s very, very risky.  What if young Sarah gets the lung that would have been intended for an adult and it doesn’t take, or whatever the rejection or failure process is, and ultimately succumbs to some complication from the transplant?  I realize this could happen if it got to an adult as well.  That would mean that someone that was in line and that was playing by whatever rule it was that was set when they got in line is going to be denied the lung?  How is that equitable to the people that were on the list previously?

I only bring that up to say this points out, ladies and gentlemen, and illustrates, I think very glowingly, the inequities of governments and government agencies trying to micromanage services that prolong or expedite life.  You can prolong life or expedite the end of life.  If a judge can step in and say: This is obviously a real sob story here.  I’m going to have to buy the case.  It’s almost like you envision the doorkeeper at the Emerald City in the Wizard of Oz who tells Dorothy and her gang of Tin Man and Lion and Scarecrow to get lost until he hears the sob story.  Then he goes: All right, you guys can come on in.  Where’s the equity in the judge acting in a manner like this?  There are some grave implications that are associated with this.  Would you say that any judge that would have heard that case would have done anything other than say: How about no?  How about you’re gonna have to wait.  One’s not available.  Sorry, can’t bump you up in the line.  How many of you remember the case of Terri Schiavo?  AG, were you politically active when Terri Schiavo was struggling for her life at the end of her life?

AG:  Yep, I remember the case.

Mike:  A judge in Florida refused to do what this judge had done.  He was implored by the family, by the mother and the father who said: This is our daughter.  Please don’t remove the feeding tube.  I don’t care what the stupid husband says.  That’s our kid.  I know she’s an adult.  So what?  We’ll care for her.  The judge refused to be budged.  The judge said: No, this is the law.  I’m in hot pursuit of the law.  This is the law and I am not going to, for the sake of your, very touching story by the way, but not for the sake of your touching story going to change my mind and intervene against Michael Schiavo.  Terri Schiavo ultimately died of dehydration and starvation.  That judge actually decided that laws are laws.  Why didn’t the judge in this case?

Mike Church Show Transcript: The Affordable Care Act Ushers In Government Authority Over Who Lives And Who Dies

Does this now mean that we’re going to find instances where we seek medical services after the implementation of the Affordable Care Act, and if they’re not available, or if we’re told: Sorry, buddy, we gave all the knee replacements out that you’re going to get this year under Obamacare.  Tough luck.  Does that then mean that people dash off to federal court: I need a knee.  You clowns and the clowns at the Department of Health and Inhuman Disservices told me I can’t get one this year.  I don’t qualify.  I must get in line and wait behind anyone else.  I’m important and I want a knee and I want it now.  I suppose you could run that exercise out for as many instances as you like.

I think waters are being entered into that you’re better to keep your sailing vessels out of.  Of course, we can’t keep our sailing vessels out of these legal waters because our almighty federal overlords have made it so that that is the only recourse.  This is one of those instances in which you have government overreach and government abuse.  It seems that the only way you can beat the government abuse is by fostering and engaging in yet another government abuse, which would be judges making arbitrary decisions based on the sympathies and empathies generated in trial or in court hearings.  Just imagine this. What if you stink as a pleader?  What if you’re not a good actor or actress?  What if you’re not very good at making people feel your pain?  [mocking] “Why should your kid get a lung and get ahead of the line?  Your kid is only nine.  It says here only 12-year-olds.” — “I dunno, hellfire.  Crap, uh, he could be on the University of Alabama football team someday.” — “That’s not a very good case, sir.  Next!”  Next person, [mocking] “(crying)We love  her.  She’s so sweet and innocent.”

Do you see what I’m saying?  How in the world can this be equitable?  How can you have any hope or any expectation of justice being blind and of justice being served if this is how it is going to happen?  I just think this is really a dangerous precedent.  Again, if there weren’t already enough reasons to begin the process of extricating government from medicine and government from decisions of life and death, it seems to me that this case could be one of them. 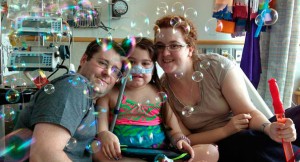