Did The Founders Get It 100% Perfect?

Mandeville, LA – Exclusive Transcript – “Let me share something with you on the 237th anniversary of the bullet points of the Constitution being introduced in Federal Convention in 1787.  This is from Christopher Ferrara’s phenomenal book Liberty, the God That Failed, page 242, “The Founders’ Season of Regret – Things Fall Apart.””  Check out today’s transcript for the rest…

Mike:  Let me share something with you on the 237th anniversary of the bullet points of the Constitution being introduced in Federal Convention in 1787.  This is from Christopher Ferrara’s phenomenal book Liberty, the God That Failed, page 242, “The Founders’ Season of Regret – Things Fall Apart.”  Here’s what he wrote in part:

In general, the founders who survived into the early decades of the 1800s “were unsettled and fearful, not because the American Revolution had failed, but because it had succeeded, and succeeded only too well.”

For they had succeeded at overthrowing an existing “tyrant” only to see him replaced in short order by a tyrannical majority goaded by pandering politicians rather than the noble and disinterested rulers the Founders had envisioned in their utopian boasting that Liberty would be something more than what it was and what they themselves had revealed it to be in their own exercise of public office, just another name for power. As the prophecies of Patrick Henry and other anti-Federalists began to come true before their eyes, many of the Founders were aghast at a “radically new understanding of political patronage and office holding, one that virtually repudiated all that the revolutionaries of 1776 had sought.”

With the presidency of Andrew Jackson, the still-surviving Founders were confronted with the greatest irony of all: that Jacksonianism was “infusing into American democracy more elements of monarchy than even the Federalists had dared to try.” Moreover, through the “spoils system” the Jacksonian Revolution would centralize and consolidate Presidential power even as the Jacksonians pandered to the masses with “the most enthusiastic democratic rhetoric that any modern country had ever experienced.” The rise of the professional politician, who could be any Tom, Dick or Harry that talked a good line spelled early doom for the Founders’ gauzy vision of a neo-Roman republic of virtuous solons, animated only by a desire to serve the public good.

Many of the Founders were appalled by the rapid moral deterioration of their creation. [Mike: Folks, Gordon Wood is one of the best historians of the 20th century. I highly suggest reading him. You can find many of his works in red pill reading suggestions at the bottom of any page. It will link you right to the Amazon Gordon Wood section.] Wood summarizes what they saw in the decades following the

Revolution: “Everything seemed to be coming apart, and murder, suicide, theft and mobbing became increasingly common responses to the burdens that liberty and the expectation of gain were placing on people.” Almost overnight, Wood notes, America had become a nation of heavy drinkers. “Nearly all Americans drank, men, women, children—and sometimes even babies—everywhere and anywhere, all day long.” Washington, who ran his own distillery in Mount Vernon, nevertheless complained that “distilled spirits ‘were the ruin of half the workmen in this Country,’” while John Adams “was mortified that his countrymen were more intemperate than any other people in the world.”

Mike:  That’s a great chapter to read, and I’m reading it right now.  Our problems that we’re dealing with today are not just of our making, fortunately, and are not just of the making of the last generation of “liberals.”  They began to manifest themselves shortly after the ratifying of the Constitution when Americans got news of that revolution that was going on in France.  Remember, if you have seen or read the book that I revived from the grave, Patrick Henry American Statesman, and you’ve read to the end chapters of Henry’s life and can recall the letters he was writing to his sister and to Archibald Blair, one of which I turned into a Project ’76 webisode, which is probably sitting right next to the This Day In Founding Fathers History that the prior caller did not know about.  [mocking] “Mike, you ought to make a This Day In Founders History or something like that.”  You mean the 288 episodes we already have?  Yeah, I’ll do that.  Henry said that as long as we had manners and religious devotion and pursued our affairs with an eye on morality, that the United States would be just fine.  We would produce the kind of virtuous politicians or statesmen that would be needed to safeguard the spirit of ’76, the revolution.  We’d be fine.  As soon as we turned away from those things and started producing people that were not capable and quite frankly didn’t care to uphold and defend the spirit of ’76 or the principles of ’98, as soon as that would happen, all bets would be off and the beginning of the end would be near.

Folks, it is no coincidence that a mere 72 years after the Constitution was ratified by the State of Virginia, which is the only state that would have mattered because if Virginia didn’t ratify, there would have been no union.  A mere 72 years after Virginia ratified the Constitution, the entire thing had come undone.  Virginia had decided to secede from the Union and go its own way.  In order to stop Virginia from doing that, a madman named Lincoln was willing to sacrifice the lives of 823,000 Americans in the bloodiest, most God-awful military conflict in the history of the planet.

If you read a book called Immortal Captives, you’ll read a chapter in there where during some debate in 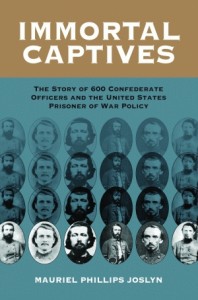 the United States Senate, there were US senators — this guy was from Indiana — who was saying on the floor of the Senate that he wanted the rivers in the South to run red with blood.  This is what we had devolved into a mere 70 years after ratification.  We didn’t need any Adam Lanza or Elliott Rodgers or that nutjob that shot up the theater in Colorado or the Columbine kids or any of the other lunatics roaming the countryside to show us our dark, seamy underbelly.

We had it in government.  We had a president, a congress, and a senate, and enough willing bodies to pick guns up that were willing to, at the point of that gun, kill who were their former fellow citizens.  That was just 70 years after ratification.  So don’t get too stuck on the idea that this is all recent.  We’ve compounded it for certain, but it’s not all recent.