Mandeville, LA – Exclusive Transcript – If you’re going to make bombs and things that blow things up and kill people and you’re going to make them using tax dollars, I guess we should be thankful that the weapons of mass destruction are being sent to go blow people and things up in other countries and not in ours.  Still, to what end are the American people taxed and burdened so mightily so that employees at General Dynamics or wherever can ply their craft and continue to make the weapons of war?  Check out today’s transcript for the rest…

Mike:  Again, scale, folks, scale, scale, scale, scale.  This happens on an hourly basis inside Mordor on the Potomac River.  You want the real dirt on this?  Here we go to the website called Muckety.com.  I know this may sound untoward and you may be thinking: Really, you went to a site called Muckety.com to get some poop or some dirt on this?  Well, what we were looking for was an explanation or a graphical representation of where and to whom the dough is transferred to.  In other words, we know that this is corporatism.  I know that this is military corporatism.  What that means is, the only reason this money will still be transferred is because there are American jobs that are attached to it.  These are make-work jobs.

If you’re going to make bombs and things that blow things up and kill people and you’re going to make them using tax dollars, I guess we should be thankful that the weapons of mass destruction are being sent to go blow people and things up in other countries and not in ours.  Still, to what end are the American people taxed and burdened so mightily so that employees at General Dynamics or wherever can ply their craft and continue to make the weapons of war?  [mocking] “If we don’t make them, then the Russians will.”  Apparently we’re giving them to the Egyptians.  We’re not selling them, we’re giving them.  If the Russians or the Chinese are stupid enough to give, to gift, to donate billions upon billions of dollars’ worth of military hardware to madmen in the Middle East, then that’s their business.  Why should we be the ones on the hook for this?

I was clicking around on this map.  If you want to see the map and you just happen to be somewhere where you can get to a computer, go to today’s Pile of Prep and scroll all the way down to the bottom of the page.  I had to embed this on the bottom of the page because I didn’t want it to mess with the rest of the wonderful content that is contained in today’s Pile of Prep that you need to read.  Pile of Prep is the daily recap of all the stories that we’re going to use to flesh out and make this radio program.  Scroll all the way to the bottom of the screen and you will get to the main graphic at Muckety that shows who is in the pay of whom to get the dough transferred to this military contractor or that military contractor.

Folks, as I was looking at this and clicking around on it, all I could think of was: My God, look how large this web is!  Then you click on one of them and you find all the lobbying firms that are attached to this.  For example, if I click on the – much American aid to Egypt goes to U.S. defense contractors.  It’s defense contractors that get the lion’s share of this, by the bye.  This is a wealth transfer again of amazing proportions.  The hoi polloi out here are taxed across the amber waves of fuel.  The money is laundered through the machinery of Mordor on the Potomac River.  Then it is showered upon these people that have curried favor with our almighty federal overlords called defense contractors.  The defense contractors then swallow up the dough and employ some people in the making of the weapons of war.  The weapons of war are then donated to various governments or armies or agencies across the ocean in countries like Egypt….

Did you see there was a story yesterday, that there are tens of billions of dollars’ worth of military hardware that you and I slaved at our occupations, had our money stolen from us at the point of the IRS’s gun or at the end of a nozzle at the gas pump?  Tens of billions of dollars are going to be left, just totally abandoned, in the Iraq and Afghanistan hinterlands.  All sorts of military hardware that was sent over there for these various invasions and occupations and other activities over there in Iraq and Afghanistan will never make their way back to the United States.  Instead they will remain over there.  I suppose this is so that we don’t have to pay transportation costs to get them back across the pond.  It just illustrates, again, the unbelievable, the unfathomable waste of dollars that goes into these endeavors.

Again, this has always been about transferring the wealth.  This has always been about corporatism.  Are there those like Bill Kristol and the rest of the decepticons that have political or ideological reasons for doing this?  Yes, but the bonus to their ideological pursuit is that their buddies that just happen to own or are large shareholders in these defense contractors and various other American or multinational corporations benefit tremendously from this.  Just imagine, if you’re a company like General Dynamics or whatever, rather than having to go out and invent new things that actually contribute to productivity and actually contribute to increasing or enhancing the living conditions or standard of living for citizens of any country, all you’ve got to do is just figure out how to blow things up in cool new ways.

There’s a market out there for them.  Somebody wants the weapons of war.  You might say, [mocking] “What’s your big deal about us selling weapons of war to others?”  Well, if we were actually selling them and if these companies were making them and investing their own moneys into the production of them, then I suppose I would not have as big a hang-up.  Since they’re not, and since it’s being done under the cloak of “national security,” it’s anything but.

If you go to this interactive graphical display at Muckety, let’s just pick General Dynamics Corporation.  If I double click on that, it’s going to bring up the web.  Evan, do you have the Muckety map open?

Mike:  Open the Muckety map and you want the one at the top of the page.  Folks, I wish this was a video presentation, because I would show you this to your shock and horror.  The top graph, I enlarged it.  Open the large one up.  Let me know when you’ve got the large one open.  “Much American aid to Egypt goes to U.S. defense contractors” is the name of this one.

Evan:  It’s amazing how many pop up considering you just double click on one of them.

Mike:  I just clicked on General Dynamics.  On every one of those little boxes that still has a solid line connecting it is someone that is in the pay or employ of General Dynamics, and it includes lobbying firms that are all tied up in all this.  Just by clicking one of these, you can then see the real purpose of the military aid to Egypt is not to aid our Egyptian rebel buddies.  It’s not to do anything of the sort, and ditto that for aid to any other country in the form of this kind of hardware.  It’s a make-work program.  It is Republican or dare I say conservative national security, under the guise of national security this is stimulus spending.

Here’s the point.  When Obama does this and he does it in the form of subsidizing solar panel makers, subsidizing amoeba fart plants, subsidizing renewable resources, windmills and all that, [mocking] “We all know this kind of government-led intervention in the economy doesn’t work.  This is nothing more than stimulus.  This is a waste of money.  Tens and hundreds of millions of dollars.”  How many of you out there can still remember the $500-plus million that was squandered on this endeavor called Solyndra?

Solyndra made solar panels somewhere out there in California.  The Department of Energy had “loaned” it $500 million dollars over the course of a couple years in order to get their facility up and running and ready to go.  They were going to be in the business of manufacturing these solar panels and er’body got solar, er’body gonna want solar.  Er’body was gonna want these solar panels.  Something funny happened on the way to the riches to be generated by the government-sponsored production of these solar panels.  The Chinese decided to get in the business and they made them for one-tenth of what Solyndra makes them for.  Regardless, all of official conservativedom was losing its collective cookies over this idol, this unbelievable, this offensive misspending of the public’s money.  [mocking] “Who is this Obama to be loaning moneys out to the solar panel manufacturers?  This is an outrage!”

Why isn’t it an outrage then when General Dynamics is doing it so these things can be sent to Egypt or wherever they are sent to?  It’s still the same principle.  You are being taxed.  Your productivity is being confiscated, part of your productivity is being confiscated.  It’s being transferred to the central authority.  People in the know, that are connected are making the deals to then take part of what it is that you have produced, and then to shower it on these people that have used lobbyists.  These are people that go to the government and ask for money.  That’s what a lobbyist does.  They have then gone to the government and lobbied on behalf of their companies.

The deceit is so deep here, folks, it’s hard to even describe this.  I have to say, I am not an expert in this.  I can look at these graphs and I know a little bit about the appropriation process and how it works.  Just imagine that while all this is going on for these national defense or national security stimulus projects, that’s what they are, at the same time, the Department of State has to employ tens of thousands of bureaucrats in order to keep some kind of diplomatic lines open with these regimes in the Middle East or Far East or Near East or whatever the case may be, so that there is a place to offload the merchandise, a place to fence the merchandise that was produced here in the United States, the weapons of war in this instance.  Not only is there a stimulus directly to the manufacturer of these things, which are going to be donated or given away, depending on your choice of term.  There is also then the entire web of individuals that then must work in and around and support the endeavor.

Folks, all this happens to the tune of hundreds of billions of dollars.  If the money is not readily available, it is borrowed.  Not only are you being taxed today to fund and pay for this chicanery, your children are being indebted because they’re going to pay back — because we won’t live long enough to pay it back — they’re going to pay back part of what is being borrowed today in these endeavors.  That’s why this entire epic in history is so repulsive. 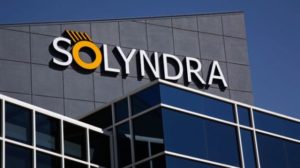