Mandeville, LA – Exclusive Transcript – “George Mason was an epicurean republican aristocrat.  He was one of the wisest men of his generation and Mason was having none of this talk about having a new central government that was going to have the power to lay and collect direct taxes.  Of course, Madison and company would say they’re not direct taxes, they’re indirect, but we’ll save that for another day.”  Check out today’s transcript for the rest…

Mike:  George Mason was an epicurean republican aristocrat.  He was one of the wisest men of his generation and Mason was having none of this talk about having a new central government that was going to have the power to lay and collect direct taxes.  Of course, Madison and company would say they’re not direct taxes, they’re indirect, but we’ll save that for another day.  So when he got his first chance to talk in the convention to ratify the Constitution in front of the largest assemblage of free citizens ever in the history of the world, which was the Old Dominion of the State of Virginia, more people had lived there enjoying a freedom that they had fought for and won for themselves.  They were the first in the history of mankind to organize their own government together, of their own freewill and volition, write it down in the form of the Virginia Constitution of 1776, and then, to make sure that they didn’t leave anything out and didn’t screw anything up, then they wrote a bill of rights to go alongside of it, still one of the grandest expressions of the rights of a free people ever written.  So if you wonder [mocking] “Why do you always refer to the Virginians?”

It’s because they, for the most part, got it right for a very brief period of time, until evil, until He, the kind of the underworld, got ahold of some of them and began the process that we are possessed of today.

Having said that, you can understand why many Virginians were going: We just became independent.  We’re like one of the largest countries now on the face of the planet.  We have more freedom than anyone on Earth.  We have all this land that is ours that we can homestead and farm and enjoy.  We have access to the ocean.  We have amity and trade with some foreign nations and with some of our neighboring countries, call them states.  Why in dude’s holy name would we want to sign off on some silly notion of a new union that they’re going to be able to tax us and then draft our sons and send them off into wars fought at the order of some guy called a president?  You can understand why the Virginians were very wary of the Constitution and why that ought to guide us today.  Instead, the Constitution is revered as some sort of a holy document sent down to us as manna from Heaven, from God.  Well, the Constitution that you worship has actually allowed many if not all of the maladies that we — [mocking] “No, Mike, it really hasn’t because they’re not following it.”  Yeah, that’s exactly right.  The safeguards that needed to be put in place, 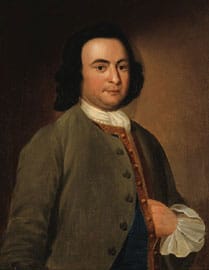 namely the size and scale of the endeavor, were never submitted into law.  So it is the fault and the failings of that document — and folks, they’re human.  I’m not demonizing, I’m just pointing out reality here.  It is that of which we are bedeviled today.

So some people were saying: All right, look, the Articles of Confederation aren’t perfect, guys, but you don’t want to create a new, centralized monstrosity.  You gotta trust me, there’s nothing in the history of mankind that guarantees misery for the people than a central general government.  Don’t do it.  So on Mason’s first chance to speak in that greatest of all conventions, the Virginia Ratifying Convention, the first thing he said was the following, and I quote, June 5, 1788, on Tax Day, April 15, 2014:

Mr. Chairman—whether the Constitution be good or bad, the present clause clearly discovers, that it is a National Government, and no longer a confederation. I mean that clause which gives the first hint of the General Government laying direct taxes. The assumption of this power of laying direct taxes, does of itself, entirely change the confederation of the States into one consolidated Government. This power being at discretion, unconfined, and without any kind of controul, must carry every thing before it. The very idea of converting what was formerly confederation, to a consolidated Government, is totally subversive of every principle which has hitherto governed us. This power is calculated to annihilate totally the State Governments.

Mike:  Let me pause right there.  By the bye, I’d say that Mason’s prediction about annihilating state governments came true on or around about the year 1865 or so at a little courthouse in Virginia in a little town called Appomattox.  Continuing on:

Will the people of this great community submit to be individually taxed by two different and distinct powers?

Mike:  Hey, Georgie, baby, not only will they consent to be taxed by two different distinct powers, they will allow one of those powers to tax you every which way but loose, and then any which way you can, and then every which way to Sunday, and then let’s go to Sunday and back, and then let’s multiply that times a hundred.  I’m going to do taxes all day on this show.  I’ve got some ideas to share with you people.  You’re going to learn a lot more than you think today.  Back to George Mason:

Will they suffer themselves to be doubly harrassed? These two concurrent powers cannot exist long together; the one will destroy the other: The General Government being paramount to, and in every respect more powerful than, the State governments, the latter must give way to the former. Is it to be supposed that one National Government will suit so extensive a country, embracing so many climates, and containing inhabitants so very different in manners, habits, and customs?

Mike:  Not only that, George, but we’re now told today that we have a crappy country if we don’t have people of so many different and varied manners, habits and customs.  That’s what makes us Americans.  We’re not supposed to have the same habits, manners, and customs, George.  Who is this founding father clown?  Could you imagine this guy being involved in Nancy Pelosi’s debate over the Immigration Reform Act that’s allegedly before the Congress today?  You think Mason was one of the racists that Pelosi is talking about?  [mocking Pelosi] “There’s definitely a hint of racism inside the Republican Party.”  I have just dirtied the reputation of George Mason, putting his name and that creature’s name in the same paragraph.  Back to Mason now:

It is ascertained by history, that there never was a Government, over a very extensive country, without destroying the liberties of the people: History also, supported by the opinions of the best writers, shew us, that monarchy may suit a large territory, and despotic Governments ever so extensive t a country; but that popular Governments can only exist in small territories —Is there a single example, on the face of the earth, to support t a contrary opinion? Where is there one exception to this general rule? Was there ever an instance of a general National Government extending over so extensive a country, abounding in such a variety of climates, where the people retained their liberty? I solemnly declare that no man is a greater friend to a firm Union of the American States than I am: But, Sir, if this great end can be obtained without hazarding the rights of the people, why should we recur to such dangerous principles? Requisitions have been often refused, sometimes from an impossibility of complying with them; often from that great variety of circumstances which retard the collection of monies, and, perhaps, sometimes from a wilful design of procrastinating.

But why shall we give up to the National Government this power, so dangerous in its nature, and for which its members will not have sufficient information—Is it not well known, that what would be a proper tax in one State would be grievous in another? The Gentleman [George Nicholas] who hath favored us with an eulogium in favor of this system, must, after all the encomiums he has been pleased to bestow upon it, acknowledge,

that our Federal Representatives must be unacquainted with the situation of their constituents: Sixty-five members cannot possibly know the situation and circumstances of all the inhabitants of this immense continent: When a certain sum comes to be taxed, and the mode of levying to be fixed, they will lay the tax on that article which will be most productive, and easiest in the collection, without consulting the real circumstances or convenience of a country, with which, in fact, they cannot be sufficiently acquainted.

Mike:  Just imagine here for a moment, he is warning about how members of Congress, congressional districts are going to be apportioned so that there are one representative for approximately every 35,000 citizens.  And Mason is saying: Look, there is no way you can represent 35,000 people and know what their situation is and then propose a tax that is going to please everybody and then try to do that in 65 different districts.  It ain’t gonna work.  What would Mason think today of members of Congress representing 790,000 people, proposing taxes that most people don’t even know that they pay and that are spread out all across 311 million people?  That’s the beginning of the speech.  It’s many, many more pages long.  What was he saying?  You’re going to centralize power.  Dumb idea.  You’re going to give the centralized power the ability to tax everybody.  Bigger dumb idea.  Then you’re going to spread all of this over an entire continent?  Grandest, most stupid idea ever in the history of man.