Mandeville, LA – Exclusive Transcript – Isn’t it quite amazing, ladies and gentlemen, this is the year of our Lord and Savior Jesus Christ, Anno Domini 2013, and we are about to see a quasi-war fought between two sovereign states over the oldest and probably most reliable source of marshal affairs: natural resources.  One state or country has it and another country doesn’t and needs it.  This is as old as the Philistines.  This is as old as the Book of Genesis.  We need water, you got it, let’s start a war.  We need food, you got it, we’re going to start a war.  We need fertile farmland, you go it, let’s start a war.  This is as old as it gets here.  This is happening, friends.  Check out today’s transcript for the rest…

Mike:  Here’s a very intriguing story that made its way across my desk last night, “Georgia pols ramp up campaign to shift Tennessee border, siphon water supply.”  What’s going on here?  Why is Georgia trying to get water from Tennessee?  Well, I can partially answer that.  Having vacationed in Georgia last year, I can tell you that Georgia doesn’t have any water.  Here I was thinking I was driving the Church Family clan to this pristine inland lake in the northern part of Georgia known as Lake Hartwell.  I’d seen pictures of it.  Back in the day I had actually crossed it on Interstate 85.  It’s beautiful and the waters are blue/green, nice pine trees all over the place.  It was a paradise, couldn’t wait to get there.  I get to Lake Hartwell only to find out that there’s no water in the lake.  The water is all gone.  The lake is, I think they told me, 18 feet below normal levels.

The locals around there had different people they were blaming for it.  Some are blaming the Corps of Engineers.  Some are blaming residents of Tennessee and South Carolina and Alabama for depriving them of water.  Other people just blamed a drought.  It hasn’t rained enough in Georgia over the course of the last three or four years, and that’s why the lakes in northern Georgia are out of water.  I don’t know.  I don’t profess to know.  I do know that I have personally witnessed the precarious nature of the water supply in northern Georgia.  Does this have anything to do whatsoever — I cannot recall the name of the lake, but I know that it is south of Lake Hartwell that is the major water source for Atlanta.  I can see it on the map.  I’ll think of it in a moment.

Do the problems mid- to northern Georgia, the problems they are having with water supply, does that have anything to do whatsoever with the fact that you keep importing or immigrating hundreds of thousands of new residents into the Atlanta area every year?  What’s the population of Atlanta?  AG, do a quick Wikipedia.  What’s Atlanta’s metro population?  I bet it’s 6 million maybe, whereas in 1970 or 1960 it was 1.5 or 2 million.  You drive through and around Atlanta and you just have to marvel at the sprawl.

Mike:  That’s a lot of people.  How many people live in the DC area?  Is that about the same, you think?

AG:  I think way under that.  We get into the suburbs once you get out of DC pretty easily.  Nowhere near that size.

Mike:  Have you ever been to Atlanta?

AG:  The airport but not spent time there, no.

Mike:  Okay.  So when you drive around Atlanta, you know how in the DC are you have your two belts, your 395 and 495.  In Atlanta, the belts have belts.  There’s an inner loop, an outer loop, an outer outer loop, an inner inner loop to the inner loop.  There’s a tri-loop, a quad-loop, a bi-loop.  There are loops all over the place.  You couldn’t swing a dead Tyrannosaurus Rex without hitting a new apartment or residential development in Atlanta.  Of course we’re Americans so we don’t think about these things.  Does anyone that’s in the development business that work in and around the Atlanta area, has anyone ever considered the environmental impact?  We hear all these people squawking and whining all the time about man’s imposition on the Earth and what we do to the planet.  Has anyone ever given any thought to what is done when urban areas expand, especially urban areas that require electricity, require water, and require access to some form of trash disposal and sewage?  You’ve got to do something.  You have 5.5 million people living in and around the area.  That’s a lot of water.  That’s a huge demand on water.

If you have been to Atlanta — hell, put it on a map right now and look at it.  There’s no water supply anywhere near there.  This is a major, major problem.  I don’t profess to know that all of the water problems that are being experienced by northern Georgians and residents of Atlanta or near Atlanta, that they are all the fault of urban sprawl or the expansion of populations in the Atlanta area.  I can’t say for certain.  I don’t live there.  I only have what’s it called, circumstantial evidence.  I have seen that far north of Atlanta there’s not as much water as there used to be.  The Georgians are getting desperate.  They want to basically expand the borders of Georgia, and by expanding the borders of Georgia gain access to a river that they are not currently gaining access to.  The Tennesseans are saying: Hey, man, what you doing here?  What ya doin’ boy?  You can’t just come in here and take Tennessee’s water.  Here is the actual story:

Georgia residents are thirsty for Tennessee water. Lawmakers in Atlanta, at the start of a new legislative session, are quickly moving to renew efforts to tap into Tennessee’s water supply by contesting the state’s border with its northern neighbor. The Georgia House of Representatives voted 171-2 this week to adopt a resolution seeking a thin strip of land leading to the Tennessee River.

Mike:  Isn’t it quite amazing, ladies and gentlemen, this is the year of our Lord and Savior Jesus Christ, Anno Domini 2013, and we are about to see a quasi-war fought between two sovereign states over the oldest and probably most reliable source of marshal affairs: natural resources.  One state or country has it and another country doesn’t and needs it.  This is as old as the Philistines.  This is as old as the Book of Genesis.  We need water, you got it, let’s start a war.  We need food, you got it, we’re going to start a war.  We need fertile farmland, you go it, let’s start a war.  This is as old as it gets here.  This is happening, friends.  While we’re told that there’s nothing, that we are the most evolved, involved and intelligent species ever.  We have science.  We’ve conquered all these things. This isn’t supposed to happen, yet it is.

The Constitution actually does provide for this instance.  This is where the Supreme Court actually would have some authority to settle a controversy arising under this Constitution between two states.  As a matter of fact, the Supreme Court would be the only entity that would — I shouldn’t say only because Congress could — let me think here.  I know the Supreme Court would have to settle this controversy.  Let me ask you a question: Is the Georgia militia ready to march into Tennessee?  Are the Tennessee volunteers ready to put their orange and white uniforms on and defend?  Back to the story:

That would give drought-parched Georgia a slice of the water rights. Tennessee lawmakers say Georgia can keep dreaming — and they are ready to do whatever it takes to protect their water from Peach State poachers.

That’s news to Georgia Rep. Harry Geisinger, who is leading the charge to reclaim the water rights he feels belong to the state. [Mike: I’m going to ask the question again: Does any of this longing for the water have anything whatsoever to do with the fact that there are 6 million souls living in a 20-square-mile area called Atlanta?  That number is increasing.]

Geisinger said getting Georgia “the water it’s owed” is a priority. He adds that while the state’s water supply is “fine” now, it won’t stay that way in 15 years. [Mike: Not if you keep adding citizens it won’t.]

Geisinger believes the state has a right to tap the Tennessee River which has long been recognized as an underused water source.

Atlanta’s population has skyrocketed in the past two decades and, with it, so has its need for water. Many believe the best way to deal with the demand is to take water from the river across the state line. That doesn’t sit well with Tennessee officials but Geisinger says they need to get over it because the water doesn’t belong to them anyway.

Geisinger said the northern border of Georgia and the southern border of Tennessee were “established at the 35th parallel of north latitude and would have been located on the northernmost bank of the Tennessee River at Nickajack.” Nickajack is a lake connected to the river. He argues that two representatives – one from each state – put in charge of creating the border in 1818 got it wrong.

Geisinger theorizes that “unfriendly Indians” could have been behind the messed-up marking, which he says is more than a mile from where it should rightfully be.

He also alleges that the 30,000 Tennessee residents near Chattanooga who could become Georgians if the border were redrawn are purposely holding up the process because they don’t want to pay Georgia’s 6 percent income tax. Tennessee does not have one. [Mike: Now we get into income taxes. Big fun!]

The water wars between Georgia and Alabama aren’t new, but as each legislative session passes the chip on some Georgia lawmakers’ shoulders gets a little bit bigger, one Tennessee legislative aide told FoxNews.com.

When Georgia tried a similar push a few years ago, an aide to Chattanooga, Tenn.’s mayor, dressed in frontier buckskins and a Davy Crockett hat, crossed the state line and delivered a truckload of bottled water to lawmakers in Atlanta. The stunt was an attempt to bring some levity to the nearly 200-year issue.

State Sen. David Shafer took the opportunity to ratchet up his own rhetoric. Shafer told colleagues he accepted the water as a “down payment on the billions of gallons of Georgia water that feeds the Tennessee River from the creeks and streams of northwest Georgia.”

Others weren’t so amused.

Georgia’s water war isn’t limited to Tennessee. The state has a storied history of not playing nice with its neighbors and is currently locked in another fight with Alabama and Florida. Last year, Alabama and Florida officials filed petitions with the U.S. Supreme Court seeking review of an appellate court decision in June that gave Atlanta rights to Lake Lanier.

Mike:  You Georgians are water hungry.  Can I ask you people in Georgia a question: Have you thought about hiring a rain man or a shaman?  Bring somebody in there to do a rain dance.  Make it rain.  Have you considered seeding the clouds?  Have you considered giant hydrogen/oxygen atom bombardment? 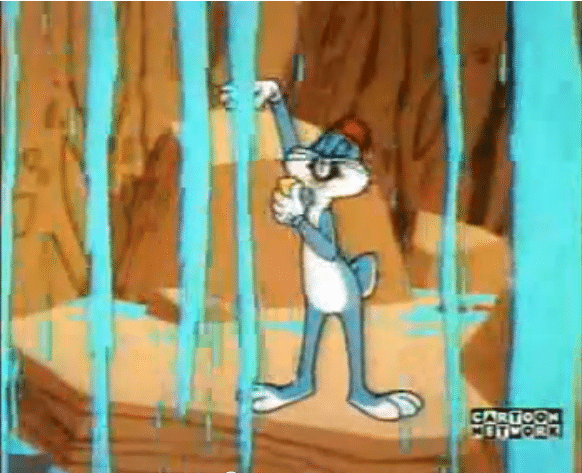 Georgia borders the gulf, does it not? A water purification plant would seem more suited to meet the present and future needs of that state, and would provide more jobs than the Keystone Pipe. Where is the boatloads of money for this Infrustructure program?