Mandeville, LA – Exclusive Transcript – So if a baby comes out of its mother’s body and moves, we are to ignore that?  We are not to say that that child is alive?  Oh, my God!  Can we just put a neon sign up above all our ports of entry and say: “United States — Open for Infanticide”?  What kind of a grizzly, ghastly people are we?  Check out today’s transcript for the rest…

Mike:  Rod Dreher reminded me this morning as I was browsing around the American Conservative Magazine website, “Jack McMahon’s Monstrous Line.”

“If we are going in this room to say a baby is born alive because it moves one time without any other movement, that is ludicrous.” – Jack McMahon, defense attorney for Dr. Kermit Gosnell

Mike:  So if a baby comes out of its mother’s body and moves, we are to ignore that?  We are not to say that that child is alive?  Oh, my God!  Can we just put a neon sign up above all our ports of entry and say: “United States — Open for Infanticide”?  What kind of a grizzly, ghastly people are we?  [mocking] “Mike, Gosnell was entitled to a defense.”  Entitled to a defense based on if a baby moves one time we are to ignore it?  In other words, you’re going to have to do something about the baby moving once so it doesn’t move again?  Most people call that either murder or some form of infanticide.  I guess, though, in our enlightened and evolved era, we just call that a post-third trimester abortion.  Nothing to see here, citizen, move along.

This is really disturbing, folks, what’s happening with the Gosnell trial and the fact that it’s not front page news.  You know if this was a guy that had killed an abortion doctor or a series of abortion doctors and had stored their feet in jars, we’d have visions of Hannibal Lecter painted all around us.  We’d be told that this was one of the greatest mass serial killers out there and we need to finish convicting this guy and execute him and get on with it.  It’s a baby.  Babies can’t protest.  Babies can’t hire lawyers.  Babies can’t go to court.  Babies can’t wear suits and ties and ask for their civil liberties to be protected in a court of law.  Babies can’t do any of this stuff.  They have to rely on lousy adults to do it for them.  Apparently there aren’t enough good adults to outweigh the lousy adults, so we turn our head the other way and say the Gosnell trial is not happening.

At least, to CNN’s credit, Erin Burnett is at least talking about this.  I think it ought to be front page news, as I said.  We’re obsessed with the trial of Jodi Arias because she allegedly might have killed her boyfriend at the time.  We know what Gosnell did.  Yet, because it is over the sacred practice and process of the American tradition, hell the worldwide tradition now of Western civilization, of aborting babies and killing the unborn or soon-to-be born before they can contribute to our society and become children of God.  We must turn our heads, look the other way, and we must not bring these things up in polite company.  If we do, then we’ll wind up talking about abortion and no one’s mind is ever changed on that.  You want to freaking bet?  That’s what the pro-choicers want you to think.  That’s what the pro-infanticide crowd wants you to think.  [mocking] “Nobody’s mind is going to be changed by that.  Move along, citizen, nothing to see here.”  You mean to tell me if people are confronted with the grizzly and ghastly actual results of the process and practice that they’re not going to say: I don’t’ think we ought to do that?  Really?  Then I would retort and ask the question: What kind of a monster sees that kind of carnage and says, [mocking] “I don’t have a problem with that.  No big deal to me”? 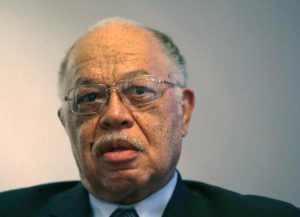