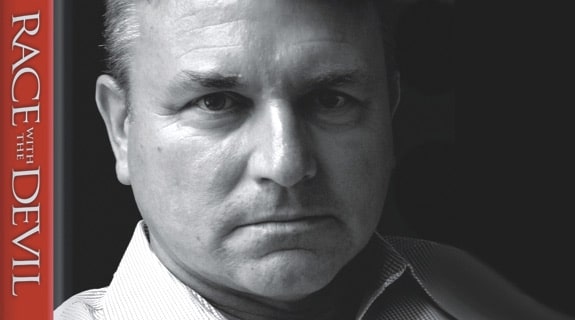 In C.S. Lewis’s magical tale, The Lion, the Witch and the Wardrobe, the Witch reminds Aslan of the Deep Magic from the Dawn of Time. “You… know the Magic which the Emperor put into Narnia at the very beginning. You know that every traitor belongs to me as my lawful prey and that for every treachery I have a right to a kill.”

For those who do not know this wonderful and wonder-filled book, Aslan serves as the Christ-figure in the story whereas the Witch serves as the satanic presence. The Deep Magic from the Dawn of Time is the rule of Justice, the principle of an eye-for-an-eye, which stipulates that those who break the just law are to be punished in accordance with the severity of the crime committed.

What right do I have to be walking in His Love and not reaping the miserable harvest of the hateful seeds I had sown? I have no right. It’s not about rights but about Love and the mercy which is its fruit.

“And so,” the Witch continues, pointing to the treacherous Edmund, “that human creature is mine. His life is forfeit to me. His blood is my property.”

Edmund, the traitor whose pride wreaks havoc, is a figure of Adam, or Judas, or, if we are to be brutally honest, of our own miserable selves. Speaking personally, I can never read this story without seeing in Edmund a reflection of my own ugly self, the sinner that I am and, even more painfully, the sinner that I once was.

Years ago, back in the 1970s and 1980s, I was a leading member of the National Front, the forerunner of the British National Party. I was full of hatred. I hated the immigrant presence in my country, and I hated the politicians who were responsible for allowing the immigrants in. I hated the police and the communists and the socialists and the liberals and Margaret Thatcher’s Conservative Government. I was full of hatred. Towards the top of the list of those whom I hated were Catholics. I was a member of the Orange Order and was heavily involved with the Loyalist paramilitaries in Northern Ireland, visiting the Province frequently between 1978 and 1985, at the height of the Troubles. I knew the leadership of the UDA and fraternized with the leadership of the even more ruthless UVF. I had friends who were killed by the IRA and another acquaintance who was sentenced to life imprisonment for killing the mother of an IRA man on her own doorstep. Although I mourned for the death of my friends, I felt no need to mourn for the death of my enemies, nor for my enemies’ mothers. It was a war to the death with those whom I considered to be my enemies and the enemies of my country. There was no room for any mercy.

Almost inevitably I found myself on the wrong side of the law and was sentenced to prison twice, in 1982 and 1985, for publishing material which incited racial hatred. I spent my twenty-first and twenty-fifth birthdays in prison.

Slowly, through the healing grace of God and through my reading of writers such as G.K. Chesterton, Hilaire Belloc and C.S. Lewis, I eventually moved away from my neo-Nazi beliefs and towards a gradual and grudging acceptance of the truths of Christianity. In 1989, I was received into the Catholic Church, having severed my connection with the National Front two years earlier.

Having been absolved of my past sins, so numerous and so hateful, I could only wonder at a God who not only forgives such a sinner but who willingly pays the price for my sin through the suffering of His own Crucified Flesh. Domine non sum dignus…I am not worthy of such forgiveness and such love. On the contrary, and truth be told, I am worthy of the justice that my crimes demand. I am worthy of being struck with the same hateful force with which I struck. Indeed, I am worthy of being struck down by the lightning that justice demands.

What right do I have to be walking in His Love and not reaping the miserable harvest of the hateful seeds I had sown? I have no right. It’s not about rights but about Love and the mercy which is its fruit.

When Aslan offers himself to the Witch as a sacrificial victim, suffering in Edmund’s place, he is drawing on a power even deeper than that of Justice. After his resurrection, Aslan explains how Love and the mercy it offers are a Deeper Magic which exists in God Himself from all eternity and which the devil does not comprehend:

that though the Witch knew the Deep Magic, there is a magic deeper still which she did not know. Her knowledge only goes back to the dawn of time. But if she could have looked a little further back, into the stillness and the darkness before Time dawned, she would have read there a different incantation. She would have known that when a willing victim who had committed no treachery was killed in a traitor’s stead… Death itself would start working backward….
I thank God with my whole heart that I have been saved by the Deeper Magic from before the dawn of Time, which is love’s kiss of mercy on the unworthy sinner. Agnus Dei, qui tollis pecata mundi, miserere nobis.