Mandeville, LA – Exclusive Transcript – We don’t seem to mind exterminating 1.5 million of them every year in abortion clinics, but heaven forfend madmen roaming amongst us, who will still be roaming amongst us no matter how many gun bans you put in place, should take one out.  Let’s focus in on the children.  Yes, let’s do all this for the children.  What about the 50 million children that have never been born thanks to Roe v. Wade and thanks to our obsession and fascination with death when it comes in the form of abortion?  Check out today’s transcript for the rest…

Mike:  Gabby Giffords gave her testimony yesterday in front of the Senate.  Some of the headlines were that “Former Congresswoman Gabrielle Giffords Pleads For More Gun Control” or “Pleads For Action on Gun Violence.”  Ms. Giffords is now a citizen.  She’s not a member of the House any longer.  She resigned her seat.  She is now nothing more than a citizen just like you or I, I don’t mean nothing more but she’s a citizen.  Ms. Giffords is invited to go in front of a Senate panel and testify on the horrors and the evil that is gun violence: there are too many children being killed.  Then they had some other parents that had lost children to gun violence: too many children are being killed.

I’m just intrigued that it’s all about the children.  We don’t seem to mind exterminating 1.5 million of them every year in abortion clinics, but heaven forfend madmen roaming amongst us, who will still be roaming amongst us no matter how many gun bans you put in place, should take one out.  That’s something we gotta stop.  We obviously have the legislative and executive capacity to stop most of the exterminating in the womb.  You call it abortion.  We just don’t have the political will to do that.  Let’s focus in on the children.  Yes, let’s do all this for the children.  What about the 50 million children that have never been born thanks to Roe v. Wade and thanks to our obsession and fascination with death when it comes in the form of abortion?  I can’t get over that hurdle.

There’s another part of this that bothers the hell out of me.  Ms. Giffords is just a citizen now, but she commands the respect and attention of Congress because she came from that august body.  Therefore, we must give her a seat at our table so she can testify in front of us and tell us all about our mighty sins with firearms and how we should stop those sins immediately.  Remember, she is just but a citizen now.  She’s not a member of the House.  She’s not a member of any elected body any longer.  We’re going to bring her in and the other ones that were testifying so that we can get to the bottom of this and stop gun violence.  We must listen to these citizens.

[mocking] “Yes, Mr. Six-pack, you have the floor, sir.  What’s your testimony?” – “I tell you what, buddy, my testimony is this: I used to make $80,000 a year as a driver.  You know what a driver is, boy?  You know what I make now?  I make about $70,000.  You know why I make $70,000?  Because you bastards take it all from me, that’s why.  If you’re not taking it from me, your little agencies is taking it from me, the ICC, the DOT.  Er’time I turn my head, somebody taking something from me.  All I want to do is drive my truck from Key West, Florida to Atlanta, Georgia every day.  Twice a week I make that run.  That’s all I want to do.  In order to do that, I have to get down on my knees, throw my Mordor on the Potomac River prayer mat down, bow down in your general direction, and beg you to stop this tyranny against me.  Can’t you just stop taxing me for a couple of years and let a fellow catch up?”

Of course, you’ll never hear that testimony.  When they’re talking about raising tax rates, citizen X or citizen Y is not consulted.  Instead, we have experts from think tanks that we helped fund by keeping this pernicious 501(c)3 tax law in effect.  It’s just all so wicked, folks, so crooked, to the point of being criminal.  So why is Ms. Giffords afforded any opportunity that any citizen would not be granted?  I’m all for her testifying.  Please don’t misunderstand.  I am 100 percent in Gabby’s corner.  I’ve prayed for her many times and for her recovery.  My point is that she is now just a citizen, as is her husband I believe, the former astronaut / Navy captain.

This is Gabrielle Giffords testifying on gun violence yesterday:

Gabrielle Giffords: Thank you for inviting me here today. This is an important conversation for our children, for our communities, for Democrats and Republicans.  Speaking is difficult but I need to say something important.  Violence is a big problem.  Too many children are dying, too many children.  We must do something.  It will be hard but the time is now.  You must act.  Be bold, be courageous.  Americans are counting on you.  Thank you.

Mike:  Again, too many children are dying, you’re right, but they’re not just dying because lunatics are rampaging through middle schools and elementary schools.  They’re also dying before they can be born.  I don’t know if I’m communicating this.  There is a disconnect here.  If it’s really all about the children, Ms. Giffords and all the rest of you that care so much about this and your hearts bleed and you weep every night for all the children, [mocking] “We’ve got to stop the violence against the children.  I’m crying every night,” fine.  Let’s stop the violence against all children.

We had an admission just the other day from a semi-self-important citizen of libtardia, one Mary Elizabeth Williams on the pages of Salon informing us that she was a citizen of libtardia, a proud liberal and a proud member of Gal-Qaeda as well, that feminist organization hell bent on the extermination of men.  We did serve a purpose every now and then, and that was to sexually serve and satisfy her and her Carrie Bradshaw want-to-be friends.  They all acknowledge that life begins at conception but they don’t care.  They don’t care about life.  The only life they care about is theirs because they are the masters of their own universes.  If they wanted to have abortions all the way up until the moment of the last contraction before birth, so be it, it’s their right as women.  We have admission that that is a life, that is a human, yet we have at the same time the protestations that we must continue the killing. 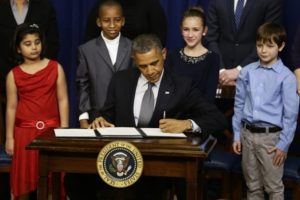 I heard Ms Giffords speech this morning. I also was shocked to hear her say we need to stop the killing of the children. Why do we as a nation insist on a mothers right to kill her own children but want to take away our second amendment so no one else can kill them. It really makes no sense. I don’t want to see any child hurt but making guns illegal will not stop them from getting into the hands of those who really want them. There are drugs and dog fighting and animal cruelty and child/ spousal abuse that is illegal and it still happens. But if we can convince people how precious a life is then maybe we can stop this barbaric direction we are taking. I will just keep praying.