Mandeville,LA– This Founders TV Episode was originally published on Aug 15,2013 and is part of the Founders TV/ Post Show Show.

Mandeville, LA – Exclusive Video and Audio – During the Constitutional Convention a bunch of guys met in secret to establish a new form of government… which isn’t why they were sent there in the first place. They were sent there to amend the Articles of Confederation, instead they came back with a Constitution with Washington’s painting all over it. So why all the secrecy? Well, many of the states and their representatives didn’t think it was a good idea, including one man by the name of Patrick Henry. And one reason he was against the Constitution was specifically because of all the secrecy. He was afraid the Federal Government would continue to meet in secret because it would continue to grow and the people meeting in secret would basically pay off the citizens to keep them in office. Oh, how right he was. For more on this be sure and check out today’s Founders TV and sign up for a Founders Pass for more… 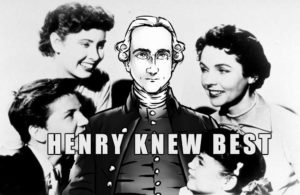 Mike,
I have enjoyed your posts on Facebook and your informed comments about the flag etc. After seeing all of the damage done to monuments by vandals who write “black lives matter” I started to think the maybe some good folks should go around and write the same on abortion “clinics” and see what conversation that starts.

Thank you also for always discussing faith and morals for the betterment of all.

I learn from you every day.