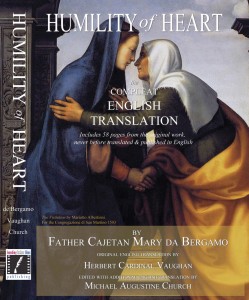 Mike:  As we explore this question here today, I’ll attempt to answer it.  I received this in the mail.  You know what that is?  That is the sound of a paperback book being banged against the microphone.  I received this in the mail.  This is a book that’s written — an advanced reader’s copy, uncorrected proof.  This is a book that is written by the president of Hillsdale College, Larry P. Arnn.  That’s curious that I should receive a book from Larry P. Arnn.  No, I didn’t read it this morning.  I haven’t even browsed it, although I might.  I would just like to read the title to you.

Now, let’s bear in mind people are dropping out.  The Speaker has dropped out.  The Pope has recently visited here.  There seems to be at least a discussion, if you will, of faith, Christian morals and Christian life and living life as a child of the Almighty.  These things are being discussed with the revelation of the charges and the story that has been told about what it is that Planned Parenthood does inside those clinic walls.  Others have questioned and then discussed how to deal in a faith-based manner with living in a country or a union of states, as it should be correctly termed, that condones these practices.  For my part, from time to time I have reminded you that we do live in, or are supposed to live in a union of states, yet we have a national government that has destroyed, totally ignores the federal constitution under which it is supposed to operate, and therefore the Constitution is dead.

So consider the title to this book, Churchill’s Trial.  There’s a photograph of Winston Churchill on the cover in one of his signature fedora hats with the black band.  It’s a tan-colored hat with a black band.  Of course, he’s mugging on or smoking on a Churchill-sized cigar.  Listen to the subtitle.  This will help explain a lot of this.  Winston Churchill and the Salvation of Free Government.  To the point that has been enunciated from time to time on this show about ‘Murica being the cradle of the civil religion of the State under which we currently live, most of your neighbors treat our government as though it is a civil religion.  They admire it.  They honor it.  They elevate it as though it is a religion.  They venerate it as though it is a religion.  They treat its creed as though it is religious, something to live by.  Now we have Mr. Arnn coming along.  Bear in mind that Hillsdale College is supposed to be the place where you send your youngins off 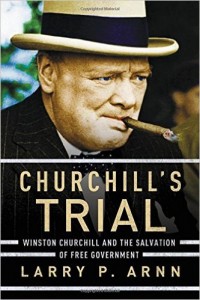 to to go learn properly.  If your kid goes to Hillsdale, they are being educated in a place that is free from Title IX federal funding, and therefore not subject, allegedly, to the perversions that are visited upon universities and centers of higher learning by the federales.  You send your kids off to Hillsdale to get a real education.  And to boot, they get a constitutional one, too.

The stature of Mr. Arnn is lofty in conservative circles, which is why when I opened the book up and I saw that it was written by Larry Arnn, I immediately knew who it was.  Those of you that receive the Imprimis newsletter, that’s from Hillsdale.  If you’re wondering, [mocking] “Mike, I’ve never heard of Hillsdale.”  Yes, you have.  You receive Imprimis.  There are famous radio hosts that endorse Imprimis and ask you to sign up for their mailing list.  Larry Arnn usually has a message that is delivered, along with the speaker of the month or essay of the month, in the newsletter Imprimis.

Winston Church and the Salvation of Free Government.  Here’s the question: Does free government need to be saved by Churchill, or does Churchill practice a form of free government that saves and provides said salvation?  Let’s read the promotion text from the back of the book.  I’ll read it to you.  “A penetrating look at the necessity of constitutional limits upon government and the exceptional men who lead those governments, uniquely taken by overlaying the life and writings of Winston Churchill with the American experiment.”  I read that as yes, free government provides salvation.

Of course, it’s a Monday.  I wasn’t here on Friday.  Not only do I not expect the usual 17 listeners to be listening, I hold out no hope that I’ll actually talk to another human being today until I leave here at 8 a.m. to go to mass.  Even then I probably won’t speak to anyone.  As a matter of fact, at this juncture, maybe we should check in with the DC command center just to make sure that we’re actually live today and that all this is actually going out over the Sirius XM satellite radio waves.  Paul, can I get an air check back?  Air check, one, two.

Mike:  Check one, two.  Okay.  We are live then.  Fantastic.  Here is the title of W. James Antle III’s take on the matter, “Why Conservatives Hate John Boehner.”  Let’s phrase this correctly: Why Conservatives Hate Pope Boehner.  Boehner, as the speaker, is the equivalent then of the Pope to the Holy Roman Catholic Church.

When Marco Rubio announced to the Values Voter Summit on Friday morning that House Speaker John Boehner was resigning, the crowd of social conservatives cheered. The Florida senator and 2016 presidential contender seemed to share the sentiment. 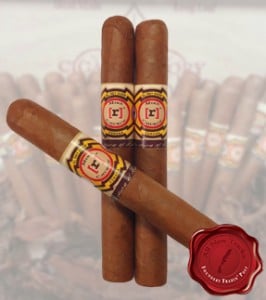 Fellow 2016er Sen. Ted Cruz had a similar shtick. “You want to know how much each of you terrifies Washington?” he asked the crowd of conservative activists. “Yesterday John Boehner was speaker of the House. Y’all come to town and somehow that changes. My only request is, can you come by more often?”

Some of this is self-serving. Both men are younger Republican leaders who have a personal stake in seeing the old guard shuffle off to

retirement. And both are competing for a similar slice of conservative primary voters and playing to the same audience.

The fact that Boehner’s impending departure is an applause line at conservative gatherings, however, is reflective of the Republican leadership crisis. Large parts of the base do not trust the party’s leaders, do not believe they have GOP voters’ best interests or conservative principles at heart, and would mourn their leaving office about as much when Barack Obama’s presidency is over.

House speakers aren’t often leaders of inspirational movements. They are usually legislative tacticians and enforcers of party discipline. [Mike: There’s that terminology again. This is all about the party and partisans, as I mentioned about 15 minutes ago. That will remain our theme.] Boehner is a survivor, having been booted from the leadership team in the 1990s . . .