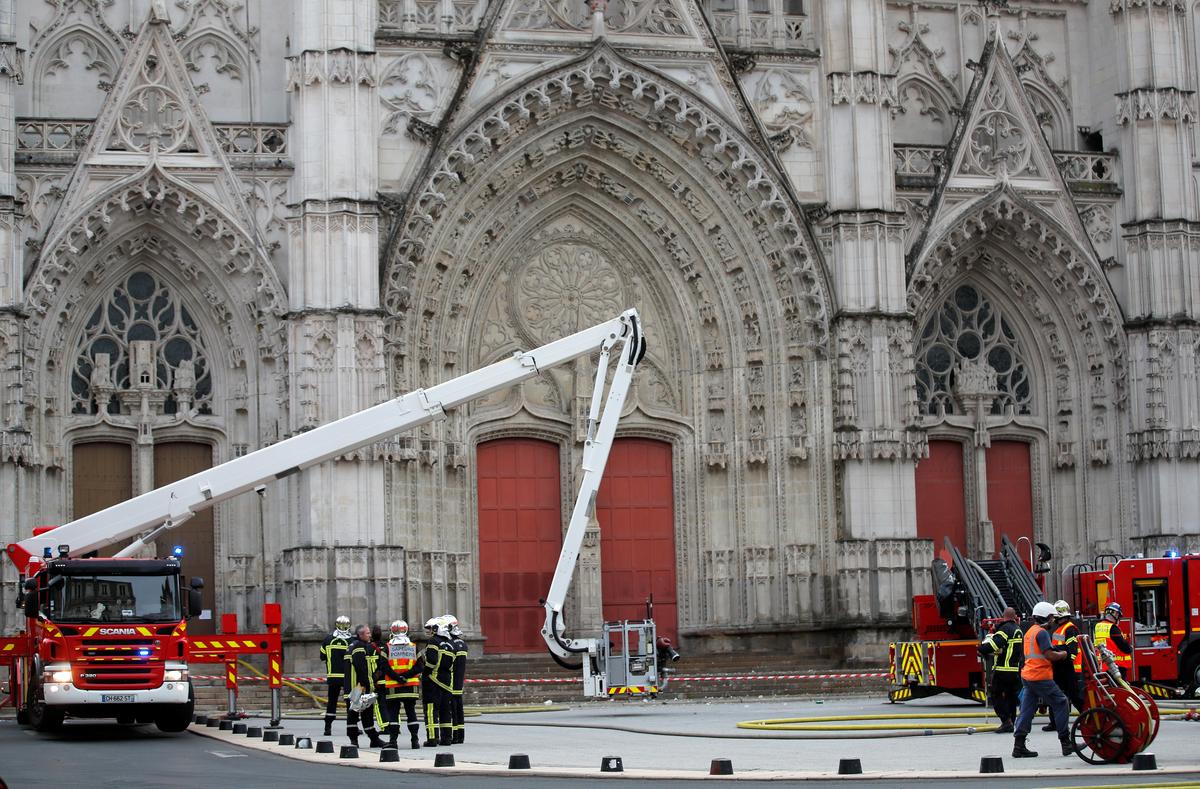 The fire began in the early morning, engulfing the inside in massive flames, and dozens of firemen brought it under control after several hours. Smoke was still coming out of the Gothic structure later on Saturday morning.

The blaze comes just over a year after a massive fire at the Notre-Dame Cathedral in Paris, which destroyed its roof and main spire.

“After Notre-Dame, the St. Peter and St. Paul Cathedral is in flames. Support to the firemen who are taking all the risks to save the Gothic jewel,” President Emmanuel Macron tweeted from Brussels, where he was attending an EU summit.

Jean-Yves Burban, who runs a newsagent [meaning a newsstand] facing the cathedral, said he had opened his business and heard a bang at around 7:30 a.m.. He went outside to see huge flames coming from the building.

“I am shook up because I’ve been here eight years and I see the cathedral every morning and evening,” he told Reuters. “It’s our cathedral and I’ve got tears in my eyes.”

Recall that in 2014 Nantes was the site of a terrorist attack on innocent civilians, via NBC.

The rise that begins in 2014 coincided with two vehicle attacks that occurred in France in 2014 — in Dijon and Nantes. The attacks caused one death and more than a dozen injuries, though recent vehicle attacks are far more lethal than what came before.

The cause of the fire in Nantes is suspected arson and the arsonists knew what to hit, the beautiful organ of the Cathedral shown below in this wikimedia commons photo. 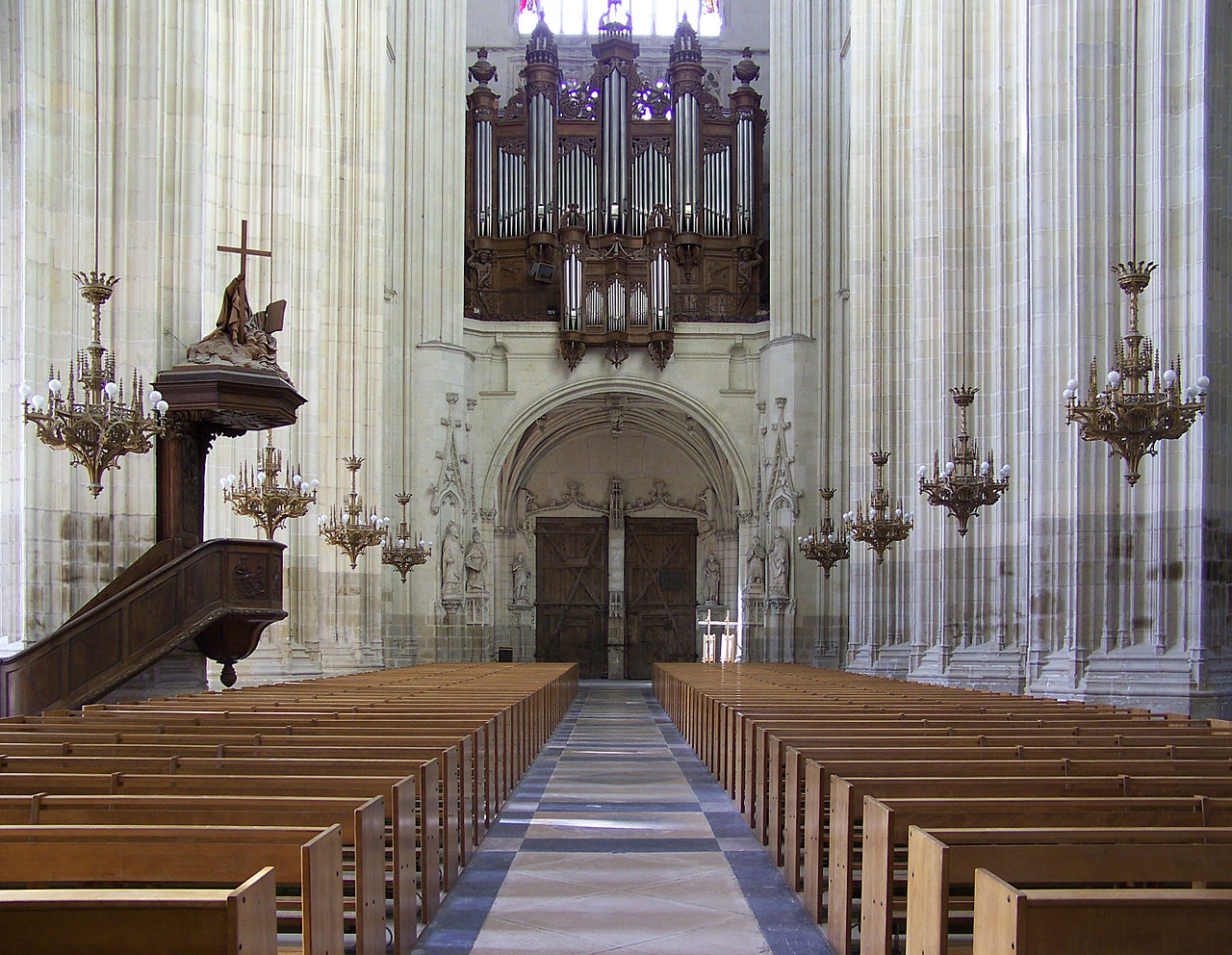 Many commentators believe this is arson, we are following those stories and will update this story soon. Please leave comments!