Mandeville, LA – Exclusive Transcript – If you really desire separation from and some sort of closure on distancing yourself or not having to live under the scourge of progressivism, then the thing to do is to organize and separate from it.  This is the only surefire way.  The colonists in 1776, since Independence Week is on us, if the colonists, soon to be independent states, they tried for years, for decades, to make deals or compromises with parliament and with the crown to try and stop some of the things that they viewed as usurpations of their ancient constitutional rights and what they believed was their sovereignty.  They believed because they were over here and the Englanders were over there.  Since the Englanders didn’t actually have to live under the results of acts and edicts that they were passing, that they were illegitimate and that they should basically leave us alone.  Check out today’s transcript for more…

Caller Nick:  I was calling to ask your opinion.  I’ve been doing a lot of research, listening to you and several other people on Sirius XM.  I even listen to P.O.T.U.S. occasionally to get a little perspective to put my left standard a little less bias.  When I look at ObamaCare and the possible ruling tomorrow, I wonder what your thoughts are.  Do you think that, let’s say ObamaCare is overturned, do you perceive that to strengthen Obama, meaning he’ll play off the card that he has to enact something new, or do you see that as a serious blow to the entire progressive / liberal movement?

Mike:  Well, nothing will stop that juggernaut other than separating from it.  Jefferson said around 1800 or so, when the idea of separation was brought to him, [mocking] “I don’t know.  We should try other methods first because we really do benefit from having New Englanders complaining and harping and carping on us all the time.”  He didn’t see disagreement as that large of an issue.  Of course, those men didn’t have the kind of power that today’s progressives do.  Here’s what I think, and I wrote a letter to a gentleman who wanted to know my thoughts on progressivism and liberalism, because I rarely discuss it here.  He wanted to know why don’t you beat the “I hate liberals” drum like your colleagues?  Because I don’t really hate anyone.  I just think that they’re all cut from the same cloth.  We just call them liberals and conservatives.  They are hypocritically, though, in many instances, linked together.

I would just say this.  If you really desire separation from and some sort of closure on distancing yourself or not having to live under the scourge of progressivism, then the thing to do is to organize and separate from it.  This is the only surefire way.  The colonists in 1776, since Independence Week is on us, if the colonists, soon to be independent states, they tried for years, for decades, to make deals or compromises with parliament and with the crown to try and stop some of the things that they viewed as usurpations of their ancient constitutional rights and what they believed was their sovereignty.  They believed because they were over here and the Englanders were over there.  Since the Englanders didn’t actually have to live under the results of acts and edicts that they were passing, that they were illegitimate and that they should basically leave us alone.  Yeah, we’ll kind of be good royal subjects, but we’re going to govern ourselves.

Ultimately, what was the final answer to that?  To quote Regis Philbin, “Final answer?”  [mocking] “I believe we’re going to separate from Great Britain and sever all political bands.”  This is a naughty, no-no word or idea here on the North American Continent in 2012. You’re not supposed to think like that, but why aren’t you?  Why are you supposed to accept the status quo hegemonic view that all is well and all we need to do is continue?  For how long have we been told, “This is the most important election in our lifetime.  If we can win the House this time, we can turn it all around”?  How’s that working out for you?  I would say let the progressives go where they currently are and govern themselves.  Leave the not-so-progressive or mildly conservative, because there is no real conservative state other than maybe Oklahoma, to themselves, to govern themselves.  Form alliances where you can, voluntarily.  I think everyone will be happier and better off.  As a matter of fact, I think the progressives would be able to get more of their way amongst people that probably want to live under that.

Wouldn’t it be interesting, Nick, you live in Wisconsin, a progressive state basically.  What would happen if the left of center, former citizens of the Soviet Empire that currently live in downtown Madison and are teaching classes or in elected positions, what would happen if they were actually running the state, the whole state, the rural, very agrarian-minded state of Wisconsin when you leave the big city?  What would be the reaction of you agrarians that don’t live in that city or the three or four big cities in Wisconsin?  You have Milwaukee, Green Bay, Madison and maybe one or two others.  What do you think would happen?

Caller Nick:  I don’t know that I think people from the actual Soviet Union would actually be as hard progressive or socialist anymore.  Most of the people I’ve met who actually lived in the USSR are extremely supportive of capitalism because they’ve seen the dictatorship that tends to result from the guise of communism.

Mike:  Okay.  So the American versions then of their Soviet cousins.

Caller Nick:  I think you can see that example right now.  Look around the world.  We have massive countries that have been, for years, idealized for their extremely forward-thinking healthcare plans that are now bankrupting countries that are far older than the United States.  It drives me crazy when I speak to some of my more liberal friends.  I’ll try to make a simple statement like, “How do you support these socialist agendas when you see them failing?”  “Oh, that’s them.  That’s not us.”  Isn’t that burying your head in the sand and taking away real-world examples that actually pertain in today’s world?  How is it you can distance yourself from things that are actually showing results today?

Mike:  Medicare is up to a trillion dollars — if you want to talk about failed social medicine, Medicare is up to a trillion dollars in the hole.  Oh, come on, it’s solvent.  No, it’s not.  It’s not solvent now and it’s certainly not going to be solvent in three years, five years, ten years, 20 years.  This is an idea, a social idea, that did not work.  Just admit it.  You’re never going to get them to admit it.  If they admit it, they can’t try Medicare TNG, the next generation.  I don’t think you’re ever going to get an admission like that.  Again, why should my daughters — my baby girl got her first job.  I told the story earlier this summer.  She is now working for the man and is seeing those deductions on her paychecks, or will very soon start seeing those deductions on her paychecks, thanks to payroll withholding.  She didn’t elect to be in Medicare.

Who in the hell gave sovereign authority to, I’m guessing the general government, to force the next generation, and this happens every year as more children go off to work, if they can find a job, into Social Security or Medicare?  Neither one of these are compulsory things that exist inside the body of the Constitution.  They must at least, at some level, be voluntary.  Why aren’t they allowed to opt out?  When you go for your first job when you’re 15 or 16 and fill that form out, “Here, fill this W4 out.”  “No thanks.”  “What do you mean no thanks?”  “No, no, I didn’t vote for any of that stuff.  I don’t want any of it.  I don’t want any benefits.  No, you can’t withhold my taxes.  I’m going to claim exemption.”  You see what I’m saying?

Caller Nick:  I do.  The irony of it is, everybody is up in arms about ObamaCare, and rightfully so, but people are so indoctrinated to swallow —

Mike:  Wait a minute.  I’m up in arms about Matt Kibbe and FreedomWorks and John Boehner and Paul Ryan and the rest of them licking their chops and can’t wait until January of 2013 so that they can repeal and replace, so they can pass the Republican version of national healthcare.  I asked the question before and I’ll ask it again.  I’m asking members of this audience that are decepticons, neocons, frauds that call themselves conservatives, please explain to me where in the U.S. Constitution that you say there does not exist a power of Congress to compel an individual citizen to purchase health insurance from a provider because Congress orders it?

Where does that power exist for Congress to compel a corporate entity to do the exact same thing?  When you have this thing “you can’t have any preexisting conditions,” then you’re saying that the Congress has the power to compel the insurance company or the owners and stockholders thereof to purchase.  You’re making them buy someone else’s insurance.  You’re making them buy a product that they may not desire to buy.  Under what article of U.S. Constitution ratified 1788 do you find that power? 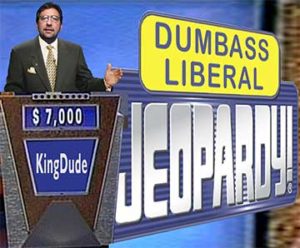 All we need is a relatively small number of people in a geographic area, who will not compromise on issues of freedom. Take New Hampshire, Rhode Island, etc.. Even a county unit, as the Sheriff can say what goes and what does not within his jurisdiction. But people must be willing to stand up to intimidation, and (ultimately) the real threat of state violence on the front lines. Would you give you lives to be a martyr for freedom? Most would sell out for far less than their life. What we’ll need to win the hearts and minds is coordinated, confrontational civil disobedience. This is where the power of the people lies! Unfortunately, the power structure knows this, too. And any movement that requires coordination WILL BE INFILTRATED and/or diffused by federal goons.