Mandeville, LA – Exclusive Transcript – Why can’t Republicans, why can’t war hawks, admit the exact same thing?  Your devotion to a warlike way of life does nothing more than create more warlike situations.  We are in a perpetual warlike situation.  By your own admission, we’re not safe.  Hell, we’ve spent more money in the last ten years than we’ve spent in almost all years combined as a union, and yet you keep telling us that we’re more threatened and more in peril than we ever have been.  Check out today’s transcript for the rest…

Mike:  Last week I broke the news here on the show on Thursday or Friday, and we covered it again on Monday, that our government is going to tax our citizens or borrow money and have to tax us in the future to the tune of $60 million, and that’s just what they’re willing to admit to, to aid what are known as Syrian rebels.  No one knows what a Syrian rebel is.  No one can possibly ascertain what side a Syrian rebel may fall on if Bashar al-Assad is to fall as the Syrian premier or king or whatever it is you call him.  You don’t know where those people’s loyalties lie.  I seem to recall that we aided and abetted a bunch of Libyans that ultimately turned out to be the lunatic nut jobs that stormed the embassy in Benghazi.  If anyone stands up in a room and raises their hand and goes, [mocking] “Shouldn’t we be a little cautious, have some restraint?” they hear, “Sissy!  Wussy!”  There is an interesting post by Daniel Larison at The American Conservative website last night about this.

After reading Ron Paul’s remarks on the Hagel fight (via Jordan Bloom), there are one or two things I want to add as a follow-up to the previous post. First, here’s Ron Paul on Hagel:

“He said some things similar to what I’ve just got done saying, that maybe we shouldn’t go [to war] so fast, maybe we should be cautious. Who piled on him? It was the Republicans who piled on him. ‘Don’t talk like that, don’t talk like a wimp! We don’t want you in there!’ … [Mike: Paul is referring to John Kerry and Chuck Hagel. Hagel and Kerry both served in Vietnam and are both decorated.] These two guys actually went to war and were wounded and won medals. And who’s jumping on them? People who have never even served in the military. This whole idea that you can challenge someone’s patriotism because they happen to take a position that is slightly less anxious to go to war … we ought to be cheering someone who’s more cautious about going to war.”

Mike:  That was a point that I was bringing up during the Hagel fight, that you have these chicken hawks like Ted Cruz sitting there browbeating Chuck Hagel and questioning his patriotism and whether or not he’s a real man and what have you.  Hagel is sitting on the other side of the desk and actually did not avoid the draft, was called up to service in Vietnam.  He actually went over there and did his duty as his country ordered him to and received a medal for it.  But that’s not good enough because you don’t want to do what our Israeli buddies think you ought to be doing today, or you don’t want to say what they think you ought to be saying today.  Larison continues:

Paul is most likely referring to the disgraceful antics of some Republicans during the confirmation…On the one hand, this was insulting to two combat veterans, [Mike: Larison is speaking of Hagel and John Kerry.] since it implied that their respect for the military as an institution is somehow suspect because their experience in war may have made them less than enthusiastic about sending Americans to war. It was intellectually bankrupt, since it evidently treats anything less than the maximal hawkishness as “anti-military.” The remark is also worryingly militaristic, as if it were desirable in a republic (or in any kind of government) to be a “fan” of the military.

Mike:  I keep saying this, too.  What is with this fandom?  He’s right.  What is with the fandom of the military?  Ladies and gentlemen, you have a military because it is an absolute necessity.  You hope there are times when you don’t actually have to have a standing army.  You hope there are times when a militia in your state will do. Should there be a war that you have to raise an army for, then raise one.  That’s not the American way anymore.  No, we like war and we’re good at it, as George Carlin says.  Larison continues:

There are other examples one might use to sum up why Republican foreign policy thinking and policy-making are such wrecks, but this one does a reasonably good job.

Being a “fan” of something implies more or less uncritical admiration and praise, which is the last thing that any conservative (or any citizen, for that matter) should lavish upon a government institution. When Cruz mocked Hagel in this way, he wasn’t just mocking a nominee that he wanted to oppose. He was mocking virtually everyone with a healthy skepticism of government power and everyone concerned about the potential costs and dangers of war. [Mike: Daniel, there’s no cost to war. War is a panacea. War is the greatest thing that ever happened. You get to build bombs, ships, planes, draft men. We can draft women now, too. They can see the world. We get to have people around the world fear us, literally, figuratively fear us. It’s a great thing.] That’s what I suspect most anti-Hagel Republicans don’t understand about how damaging this fight has been to them and their party: it confirmed that Republican foreign policy thinking is just as bankrupt and wedded to failed policies as its critics have been saying for years, and it made absolutely clear that most elected Republicans and their supporters in conservative media don’t see any problem with that.

Mike:  I often think about this in this term or manner: when I was a decepticon, when I was on the other side of the table and was a chicken hawk war peddler, it was a matter of doctrine that you believed.  It was mantra.  It was ethos that you believed in this stuff, unquestioning.  You pledge your loyalty to it and went to bat for it as an article of faith.  Yet at the same time, that brand of conservatism will accuse and then find guilty anyone from the other side of the aisle who does the exact same thing when it comes to social engineering and social liberal welfare policies.  You sit there and say: How can you believe that transferring wealth makes anyone better off?  Look at the evidence.  Dude, the evidence is stacked against you.  Come on, man, deal with reality.  [mocking] “Liberals won’t even deal with the reality that their policies are destructive,” you hear conservatives thundering through radio speakers, thundering across the television airwaves, pecking away on the blogosphere.

They cannot understand the dementia that possesses people to think that liberal social welfare policies do anything other than fail, make people miserable, make them wards of the state, as we hear.  Fine, say I go along with that.  Why can’t Republicans, why can’t war hawks, admit the exact same thing?  Your devotion to a warlike way of life does nothing more than create more warlike situations.  We are in a perpetual warlike situation.  By your own admission, we’re not safe.  Hell, we’ve spent more money in the last ten years than we’ve spent in almost all years combined as a union, and yet you keep telling us that we’re more threatened and more in peril than we ever have been.  Oh, but the liberal is deluded because he or she thinks that social welfare works.  But you’re not deluded when you’re confronted with the evidence that your exceptionalism and your war policy and your desire for more war has produced exactly that, more of it, not less. 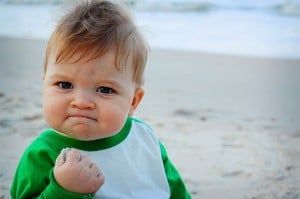