Mandeville, LA – Exclusive Transcript – If you’re a fan of nullification, you’re going to want to read this piece.  From this little gathering in Fredericksburg, Virginia comes the inspiration for great things, which are the Virginia and Kentucky Resolutions, of course Kentucky written by Jefferson, Virginia written by Madison, both with an assist from Taylor of Caroline.  Check out today’s transcript for the rest…

Mike:  I told her that I was reading a letter that James Madison wrote to Thomas Jefferson about the Alien and Sedition Acts in May of 1798.  In his letter, Madison obliquely refers — he’s very oblique.  He does not provide any detail whatsoever.  He tells Jefferson: If Adams and his buddies proceed with this Alien and Sedition Act tyranny — this all has something to do with the NSA surveillance and the evisceration of the Fourth Amendment and the abuses that are going on under the Obama administration and were started principally by the Bush administration, but let’s be honest, they’ve been going on since the end of World War II.  When I told her that I stumbled onto this reference, Madison says something to the effect that there has been a meeting in the Town of Fredericksburg.  It was so animated that if that’s an indication of what the response to the Alien and Sedition Acts are going to be, then we have much work to do, but we’ll have many people to do it with.  It doesn’t provide any details of what this meeting was other than it happened in Fredericksburg and it happened in May of 1798.

I thought to myself: Self, can you find out anything about this meeting?  Because I am an über Google searcher — I’ve read the manual on how to search for things.  There are tricks to using Google searches that if you know how to apply them, if anything has ever been written on any particular subject, and if it’s on any server anywhere, you can find it.  That’s actually kind of scary but it is true.  You just have to know how to search for it.  I began looking for this meeting.  It did take me half an hour.  After about half an hour, there I was reading an excerpt from the Virginia Herald newspaper dispatch of 15 May 1798.  I have been unable to locate an actual scanned copy of the original print of the Virginia Herald, but what I was able to find was someone that had transcribed it back at that time and this made its way into another book.  I found the meeting.  The good news for you is the meeting has been discovered.  It happened on Monday, May 14, 1798.  It happened in the courthouse in Fredericksburg, Virginia.

Mike Church Show Transcript: Government Does Not “Create” Our Liberty

This is so cool.  This is what I find amazing about this.  Thomas Jefferson leaks — they would have called Jefferson a leaker.  Jefferson is vice president.  He’s not supposed to be telling anyone what his boss John Adams has up his sleeve.  So Jefferson leaks out that he believes there will be an act to deal with sedition and an act to deal with alien friends that are going to be forthcoming from the Adams administration.  The good citizens of Fredericksburg, Virginia get ahold of this.  There were two groups.  There is one group that are the advocates of the president.  They call themselves Friends of the Adams administration.  Then there’s the other group of the rabble rousers, you and me.  This would be us back in 1798.

They get wind that they’re going to have this coronation of the Alien and Sedition Acts, which haven’t even been passed yet, in honor of President Adams at the Fredericksburg Courthouse.  To nip it in the bud, they canvass the entire town to oppose the action.  In opposing the action, they go to the courthouse and vote down this resolution commending President Adams, by a vast majority.  Here is how the Virginia Herald recorded the event of Monday, May 14, 1798.  You can read this for yourself and it will become a Project ’76 webisode.  You can listen to it, put it on your phone or iPod or computer and take it with you…

On Monday the citizens of this corporation met, agreeably to notification published in the public papers, to express their sentiments on the present important and critical situation of this country. The meeting was called by the friends of the Executive, whose object was to address the President of the United States and to express their entire approbation of his conduct with respect to our foreign relations. “An address to this effect was prepared and presented by Thomas E. Bootes, Esq., which he supported by very lengthy arguments. He was followed by Capt. John Mercer, Col. John Minor and Col. John F. Mercer, who successfully combatted the various arguments adduced by Mr. Bootes in support of his address. And the following resolutions then, prepared by Dr. David C. Ker, were approved and adopted. A division was called for on the address and resolutions and tellers appointed to take the number of votes, who reported that two-thirds of the citizens present were in favor of the resolutions. The meeting was more numerous than any we have ever seen in this place. During the whole of the discussion the most perfect order and decorum prevailed. The resolutions, adopted in place of the address, will be interesting reading to our people, even in this day. They are as follows:

Mike Church Show Transcript: We Were Warned About Big Brother But We Didn’t Listen – 1984 Is Here

1. Resolved, As the opinion of this meeting that the administration of these States received the government of a happy and united people, in peace abroad and prosperity at home; that under their guidance, we have been led, oppressed with public, heavy debts, enormous taxes . . .

Mike:  Does any of this sound familiar to you today?  Remember this is happening in 1798 after the American Revolution and after the Constitution is ratified.  This is supposed to be the glory days, the halcyon days when everyone was fat and happy.  When the Friends of John Adams got up and said: We love this guy, let’s have a resolution, they said: Wait, we have our own set of resolutions.  These resolutions were approved by two-thirds of those gathering.  See if any of this sounds familiar.

. . . that under their guidance, we have been led, oppressed with public, heavy debts, enormous taxes a ruined commerce and depreciated produce, into hostility with a nation who aided to secure our independence by their own blood and treasure, with a republic the most powerful and successful that has appeared on earth for eighteen centuries, armed with every weapon to injure us, but whom we can in no wise injure; with a republic united with a confederacy so extensive as to separate us from all the civilized world but Britain, and her dependencies; that they have done this, not through ignorance and folly only, for they were at all times warned of the certain consequence of their measures; not through constraint, for although opposed, they always carried their measures; but men who have proved themselves by their own works, so unfit to govern us, even with every advantage, can never without madness be trusted in times of real difficulty and extreme danger; and that it is equally absurd to found confidence in our disasters, or to pursue that line, or to support those men who have already brought us to the verge of destruction.

Mike:  Does this sound a little cynical to you?  I read this and went: God, they hadn’t even passed the Alien and Sedition Acts.  These people were ready to secede.  This is what hair-trigger, true [r]epublicans and defenders of their own liberties were back at the time the Constitution was ratified, the Declaration of Independence was inked, and the American Revolution was consummated.  Just to give you a mile post, these people were ready to bolt.  They were writing resolutions in the courthouse in Fredericksburg, Virginia saying: That’s it, we’re done.  You clowns can’t govern us anymore, we’re finished.  Listen to how they describe the Constitution.  This is what I find really, really intriguing.

2nd. Resolved, That the speech of the President of the United States to the ordinary session of Congress, was, in the opinion of this meeting, calculated to rouse the resentment of the French government and destroy any reasonable hope of successful negotiations between that republic and agents appointed by him.

3rd. Resolved, That the instructions to our envoys, so contrary to the spirit of that speech and the whole conduct of our administration, authorize this conclusion : — that they were rather intended to inflame the American mind than to produce good in France, under the well grounded expectation, that the negotiations would, from those and other causes, fail.

4th. Resolved, That the late negotiations with unauthorized swindlers in Paris, are so unexampled as to afford no justifiable ground for public measures, and that their publication, so far as they tend to excite the sensibility of our citizens, is unjustifiable, as they may commit the safety of the envoys highly imprudent.

5th. Resolved, That the militia are the only safe and constitutional defence of these States; that they alone are adequate to this object, and that they will ever prove so, if guided by good government. [Mike: Why would they resort to militia? I thought militias were comprised of a bunch of knuckle-dragging Neanderthal hick hayseeds who couldn’t shoot straight and had to be replaced by real armies, real men.]

6th. Resolved, That we hold it to be our bounden duty, and we do solemnly pledge ourselves, firmly, to support our National rights and independence whenever assailed by foreign invasion or domestic usurpation.

Mike:  Then the gentleman that wrote the book, S.J. Quinn, The History of Fredericksburg, VA concluded back in 1808:

Fontaine Maury was chairman of this large gathering of the people and signed the resolutions adopted by the meeting. They were then sent to Hon. John Dawson, representative in Congress from this district, who laid them before the extra session of Congress for the consideration of that body. These resolutions, adopted on the 14th of May, 1798, setting forth the principles upon which their authors believed the Union was founded, and upon which the government should be administered, were the basis for the famous resolutions drawn by Mr. Madison and passed by the Virginia Legislature on the 2nd of December of the same year, which have since been the theme of Virginia Statesmen of that school when they would “revert to first principles.”

Mike:  In other words, these little resolutions that came out of the courthouse in Fredericksburg, Virginia were enough to inspire Vice President Thomas Jefferson, Congressman James Madison, former U.S. Senator John Taylor of Caroline, and former Governor George Nicholas that the Virginia and Kentucky Resolutions containing the instructions for nullification and interposition needed to be written, needed to be passed by Virginians, and then needed to be passed onto the other states to continue to secure their liberties.  If you’re a fan of nullification, you’re going to want to read this piece.  From this little gathering in Fredericksburg, Virginia comes the inspiration for great things, which are the Virginia and Kentucky Resolutions, of course Kentucky written by Jefferson, Virginia written by Madison, both with an assist from Taylor of Caroline.  Isn’t that a great little story? 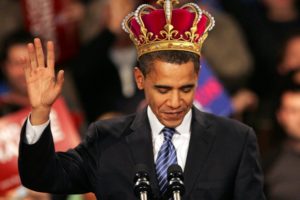